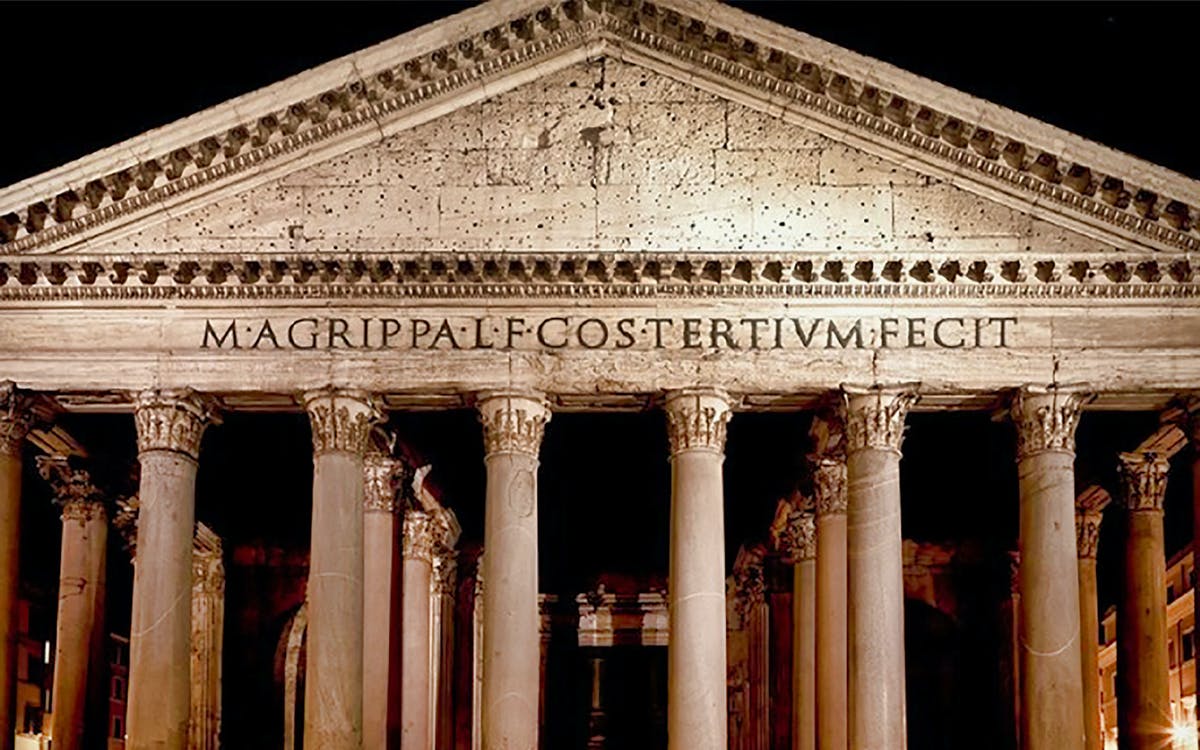 Rome - English-Guided Tour of the Pantheon

Discover the beauty and history of the Pantheon - the best preserved building from ancient Rome - and one of the most important monuments of the city.

For more than 2,000 years, the Pantheon has exalted the glory of Rome. Built between 25 and 27 BC by Marcus Agrippa, the monument was a temple that paid homage to the twelve Gods. On this guided tour with the expert Pantheon staff, you will be able to discover what inspired the French writer Stendahl to describe the Pantheon as, “the most beautiful relic of ancient Rome, a temple so well preserved that it appears as the Romans must have seen it in their times.”

As you explore the place, admire the immense dome with a diameter of ​​43.30 metres, and watch in awe as the Oculus or the “Eye of the Pantheon” adds to the beauty of the monument with natural light. Pay your respects at Raphael’s tomb and learn what inspired him to choose the Pantheon as his eternal resting place. More of such interesting facts and history await you at the one of the greatest of Rome monuments.

This tour is wheelchair, pram/stroller accessible.

Please make sure to wear suitable attire. Shorts, vests and sleeveless tops are not allowed.

Get Directions to the Meeting Point.