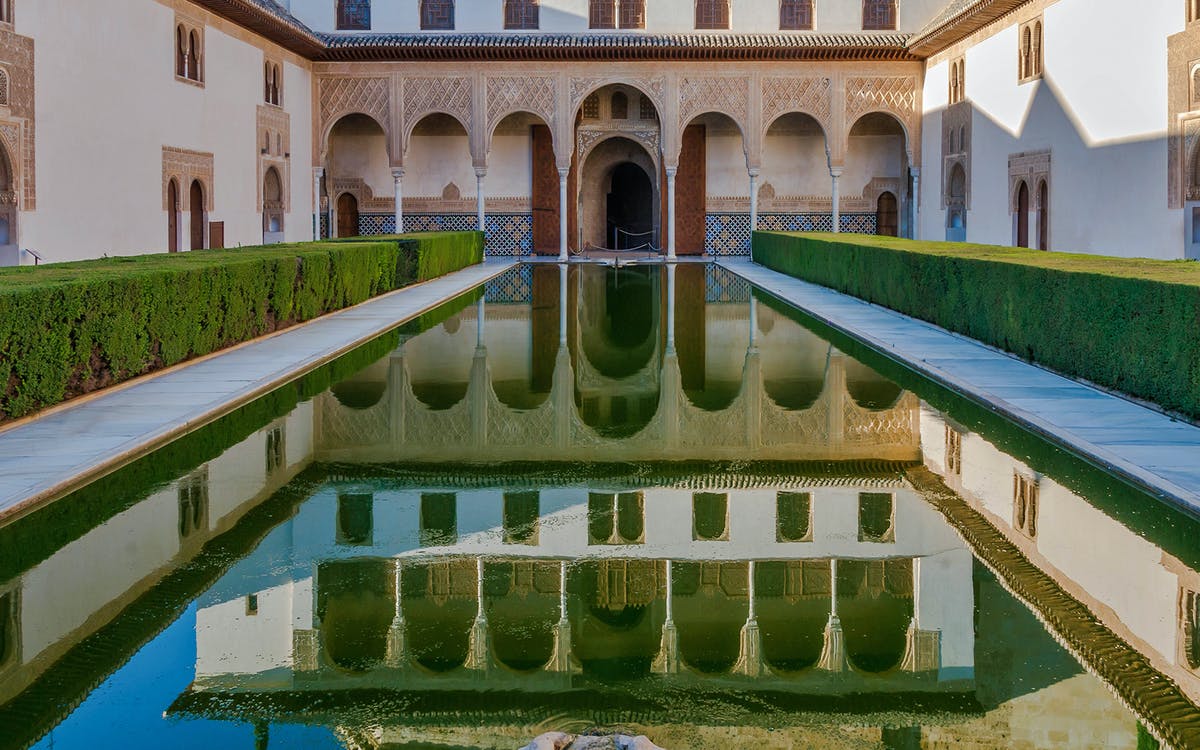 From Sevilla : All Alhambra Skip the Line Guided Tour

Explore the grand Alhambra palace on this guided tour through the ancient palace and fortress complex. Learn about the complex history of this imposing structure, with insights into the Islamic roots and Christian renovations of the palace from your expert guide, and witness the Alhambra like never before.

Wander through the Ancient Hallways of the Alhambra

Visit the magnificent Alhambra palace on this guided tour through the palace complex and its surroundings. Originally constructed as a small fortress in the year 889 on the remains of Roman fortifications, and then renovated by the Emirate of Granada in the 13th century to its current scale, the Alhambra palace has always played an important role in Spanish history. Now considered a UNESCO World Heritage Site, the palace once served as the Royal Court of King Ferdinand and Queen Isabella, and they granted audience to Christopher Colombus within these very walls. See the confluence of history and art in the architecture of the palace, which wears its past on its sleeve.

The palace has been described by Moorish poets as a “pearl set in emeralds” because of the dense woods surrounding the mountainous fortress, which you can visit and marvel at. Your guide will take you through the many intricately designed rooms and galleries, adorned with the many tesselated geometrical shapes that are typical of Islamic art. The guide will also explain the rich Granadian heritage of the palace, like how the later Christian rulers made changes and renovations to the palace in the Renaissance style, and you will see how these various influences come together harmoniously to make up the “Red Fort”. You will also visit the many different smaller attractions that are part of the complex, such as the Alcazaba, the Nasrid Palaces, and the Generalife. So come experience the beauty of the Alhambra in this one-of-a-kind guided tour through the jewel of Granada.

This guided tour is approximately 12 hours long. You will be picked up between 6:15 AM and 6:45 AM from your hotel in Seville. You will return to your hotel at 7:30 PM. The tour is available on every day except December 25th and 1st January.

Since the tour will cover a fair amount of ground in 12 hours, we recommend you put on some comfortable shoes to walk with ease.

This experience has limited accessibility by wheelchair.

Pick up from your Hotel in Seville included.

Your Alhambra guided tour mobile voucher will be emailed to you shortly. You may display the voucher on your mobile device with a valid photo ID to your guide at the meeting point.

Pick up from your Hotel in Seville included.