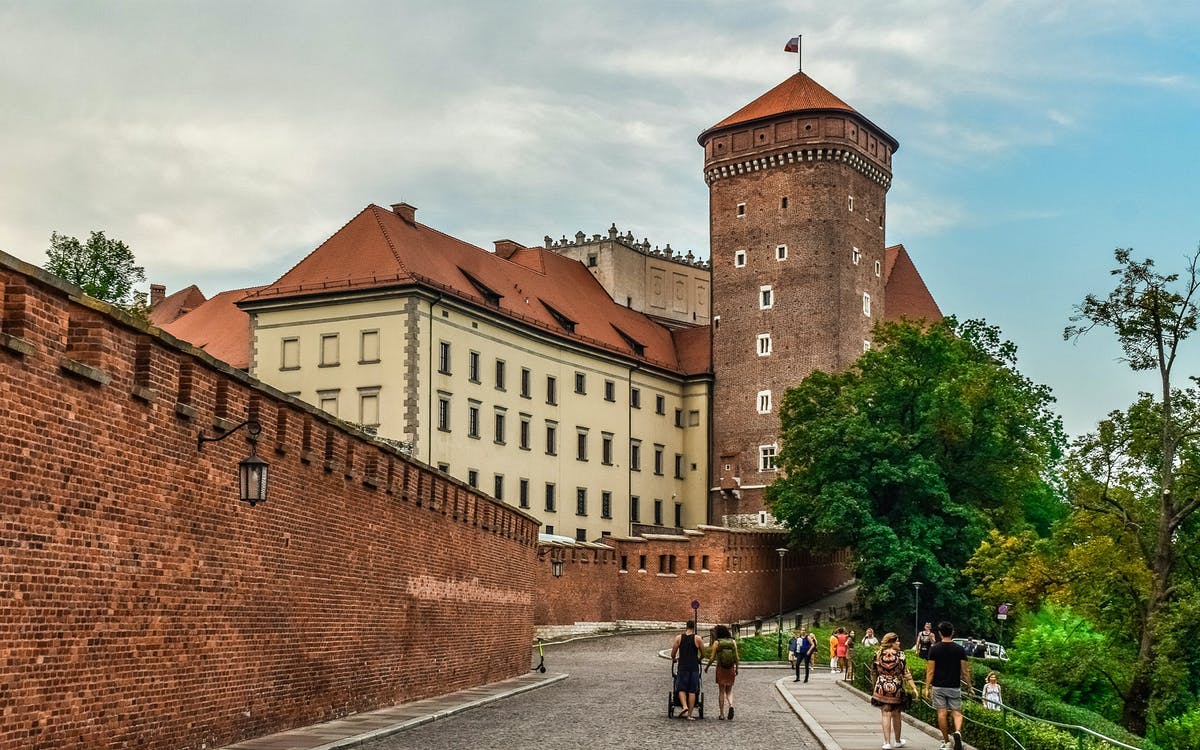 Discover one of Poland’s most incredible 14th-century architectural gems on your tour of Wawel Royal Hill!

A castle that served as the abode of Poland’s kings for centuries, the castle on Wawel Hill is amongst the most treasured heritage sites in the country. The castle is divided into several chambers including the State Rooms, ‘The Lost Wawel’ exhibition, the oriental art exhibition, the Royal Gardens, and Dragon’s Den. It also houses an impressive array of artistic masterpieces at an art museum within its walls. These include several Italian Renaissance paintings, sculptures, textiles, furniture, and armor sets from the medieval age.

Originating in Polish mythology, the Wawel Dragon or Smok Wawelski is an especially popular sight on Wawel Royal Hill. You can see the dragon depicted as a massive fire-breathing metal statue in front of one of the several limestone caves that dot the hill. Soak in brilliant panoramic views of Cracow and the Tatra Mountains before ending your tour.