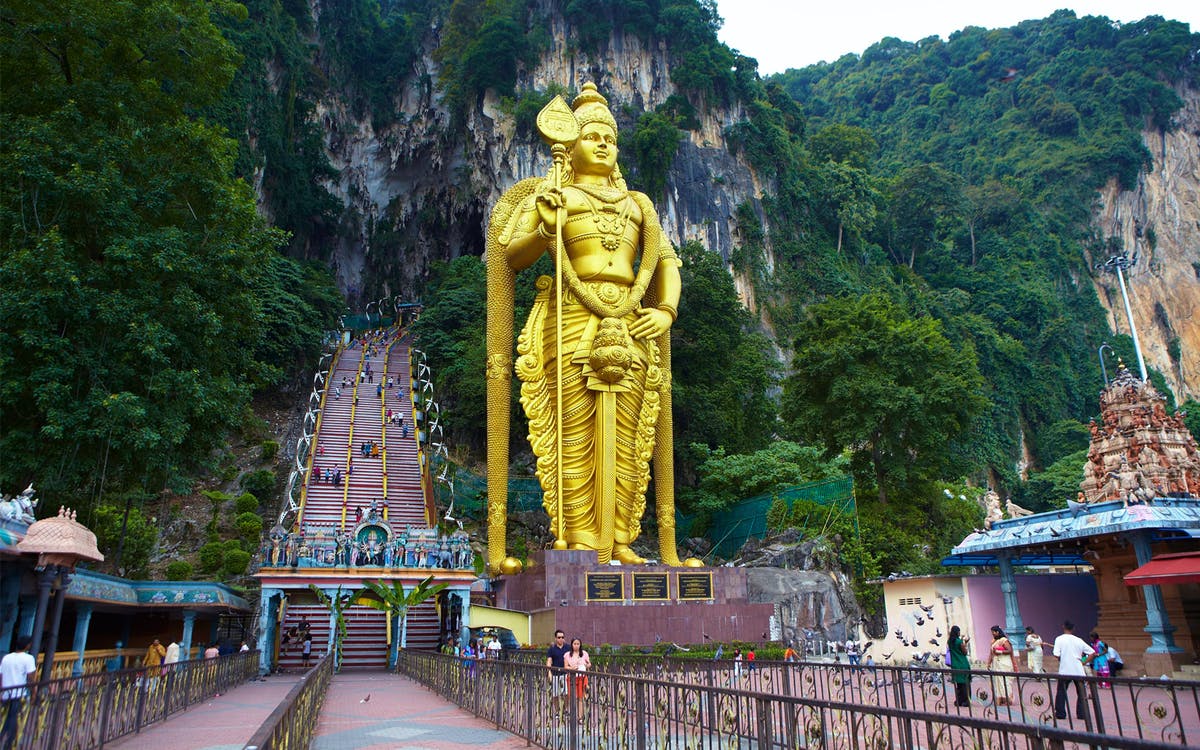 Kuala Lumpur is known for its high-end shopping malls, colonial-era buildings, lovely gardens and an impressive skyline dominated by the Petronas Twin Towers! Spend a day falling in love with the city and exploring its best highlights.

After getting picked up from your hotel, you will make your way to the famous Petronas Twin Towers. Fall in love with the city as you take in the stunning views of the cityscape from the observation deck on the 86th floor here. Continue onwards to the Central Market for some souvenir shopping. While you're here, don't forget to snack on local delicacies such as the kuih and the nasi lemak.

Once you're fueled up, make your way to the Perdana Botanical Garden. An oasis in the middle of the bustling city, the greenhouse here features a collection of tropical plants and flowers, that offer you some cool respite. Next up is the KL Bird Park, where you can catch take pictures of and feed the many exotic birds. You will also get to see the National Monument - a sculpture that commemorates those who died in Malaysia's struggle for freedom.

Get a taste of tradition as you walk along the limestone hills that house the Batu Caves. These Hindu temples are dedicated to Lord Murugan. Later, make your way to the Masjid Negara (National Mosque), the nationwide symbol of Islam. It is located north-west from the Old Railway Station. A mix of Eastern and Western architectures, this building used to be KL's main railway hub until the Kuala Lumpur Sentral took over in 2001. Bask in the nostalgia before getting dropped off back to your hotel to cap off the day.

Missing any information?
Yes
No
This experience is unavailable
You'll be the first to know when these tickets are back online.
notify me
Awesome!We will notify you.
Why Headout?
Trusted platform used by 100K+ people, each month
Get the lowest prices and last minute availability
Discover and connect with 10,000+ experiences
Browse verified reviews and professional photographs
Have a question? Live chat with our experts 24/7
Other experiences similar to Petronas Twin Towers and Batu Caves
Theme Parks
Sunway Lagoon Theme Park Tickets
Instant Confirmation
4.3
(1.2K)
MYR 150MYR 140
Save up to 6%
Zoos & Aquarium
Aquaria KLCC Tickets: Admission Only
Instant Confirmation
4.2
(1.2K)
from MYR 45
Water Parks
Desaru Coast Adventure Waterpark
4.4
(62)
MYR 65
Sightseeing
Genting Awana SkyWay Tickets
Instant Confirmation
4.1
(1.3K)
MYR 10
Theme Parks
Genting Skytropolis Indoor Theme Park Tickets
4.1
(48)
MYR 62
The world on your tap!Get the Headout app to get tickets on your phone and access app-only deals. Talk about win-win.
We've served 10 million+ guests and we are here for you
10 million +Happy customers across 10,000+ experiences
4.4/55,000+ verified reviews with 90% excellent score
In the MediaFeatured and recommended by the best brands
24 x 7 Help CenterHave a question? Live chat with local experts anywhere, anytime
Headout is building the future of how we experience our cities.
Made with ❤️ all over the 🌎
Headout Inc.
82 Nassau St #60351 New York, NY 10038
Cities
New YorkLas VegasRomeParisLondonDubaiBarcelona+63 more
Headout
About UsHelpCareersTravel BlogCompany BlogCreator Partnerships
Partners
Join HeadoutSupply Partner HubAffiliates
© Headout Inc
Privacy PolicyTerms of Usage