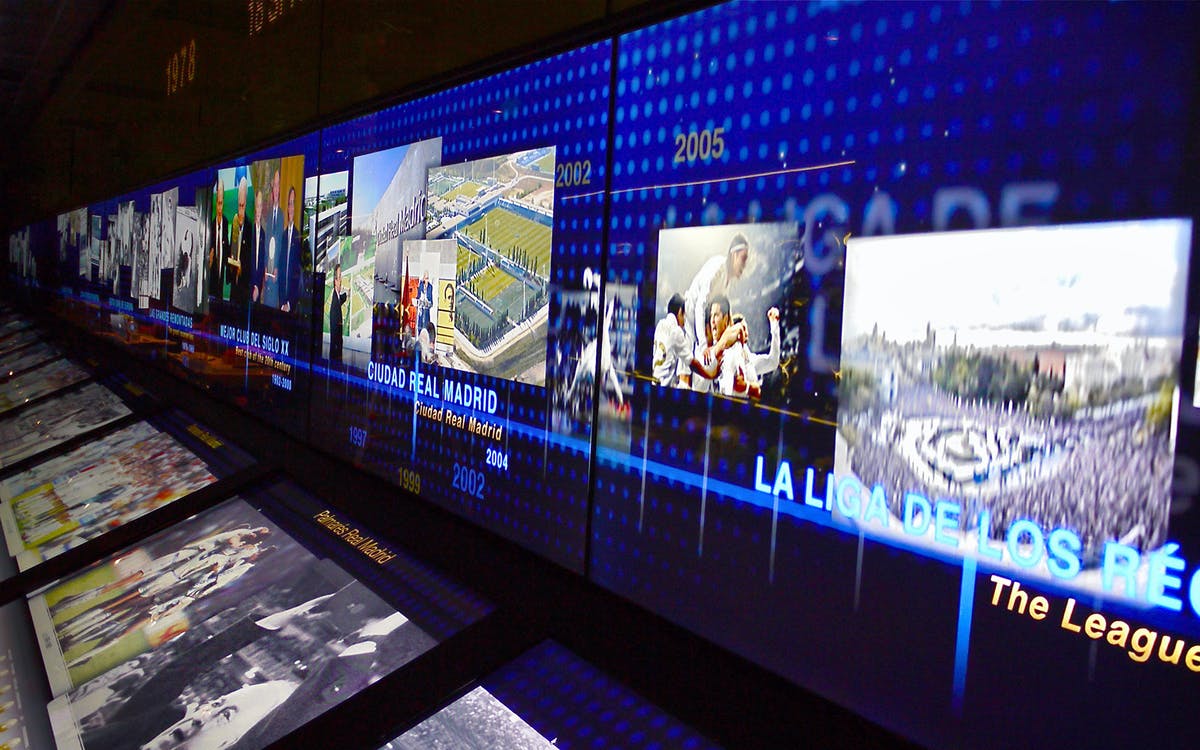 Enjoy the luxury of visiting the Real Madrid Stadium & Santiago Bernabeu Stadium as and when you please with this anytime-entry ticket! Explore the iconic stadium where one of the most successful clubs in the world has made history time and again.

Visit one of Europe’s most famous football stadiums, and home to the famous Real Madrid C.F, the Santiago Bernabéu: it truly is a sight to behold! The stadium was opened in 1947 and has since seen some of the most famous games in Europe’s history of the sport! Venture through the history of Real Madrid as you tour The Real Madrid C.F. Museum. Take a look at the club’s trophies, Legendary Players, Shower of Goals, and more, for an intriguing audio-visual experience. Admire 13 European Cups, 7 FIFA World Cups, 4 European Super Cups, The Best Club of the 20th Century Trophy, 34 National League trophies, and much more!

The Bernabéu stadium lets you peek at the most iconic areas, including the stadium itself. Be a part of history as you see the transformation of the stadium happening before you during your visit. The stadium is set to become the greatest in the world with a controlled pitch irrigation system, as well as air-conditioning.