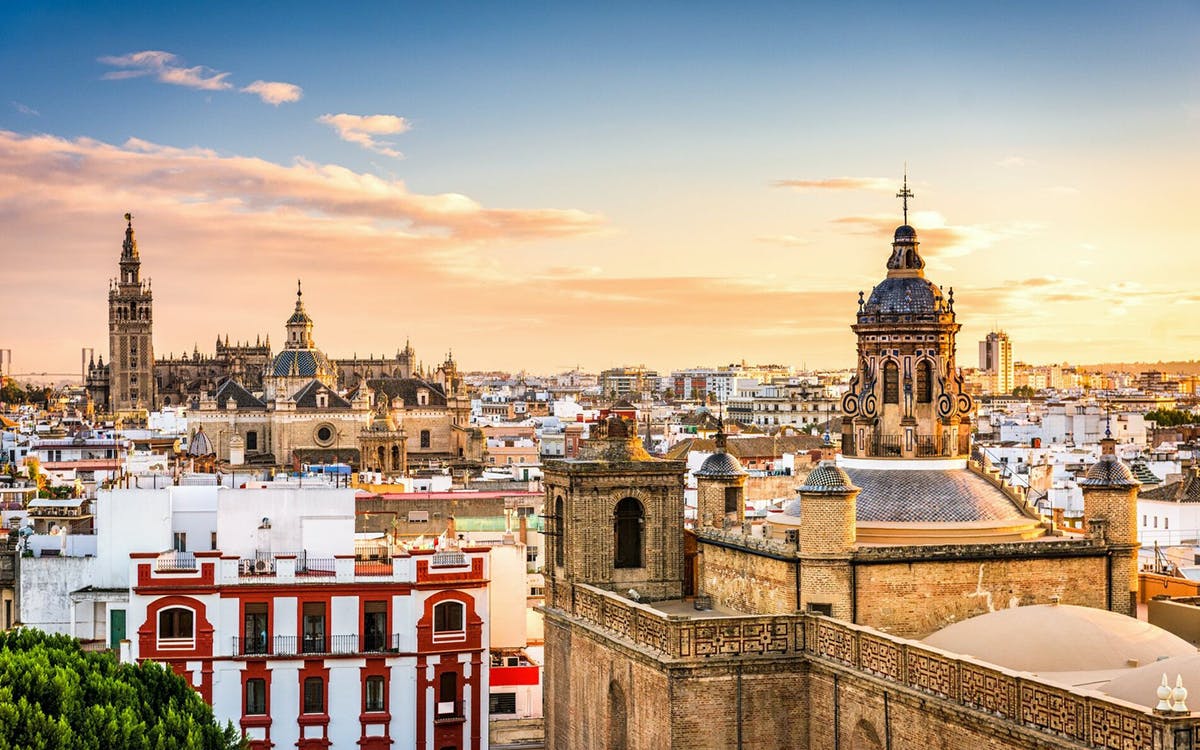 Experience Seville in all its glory while learning about its culture and most historic attractions.

Discover the very best that Seville has to offer right from the second you set foot in this Andalusian city known for its rich history and architecture strongly influenced by Moorish rule and culture. Explore this 'Gem of Andalucia' on your own with audio available in both English and Spanish.

Some very notable milestones on this self-guided tour include the military watchtower of Torre del Oro and the must-see UNESCO World Heritage site of Catedral de Sevilla. Known as the largest Gothic cathedral in the world, soak up each part of the grand architecture and sections of this historic church and climb the Bell Tower (La Girada) to see the city from a gorgeous perspective. Walk around the massive and emblematic Plaza de España which was built by the great Seville architect Aníbal González in 1929. The Royal Alcázar has to be on your itinerary, a residential Palace fortress that so perfectly combines Spanish and Muslim influences in its architecture. When you need a break, relax in Seville’s principal park – the Maria Luisa Park – which stretches alongside the scenic Guadalquivir River.