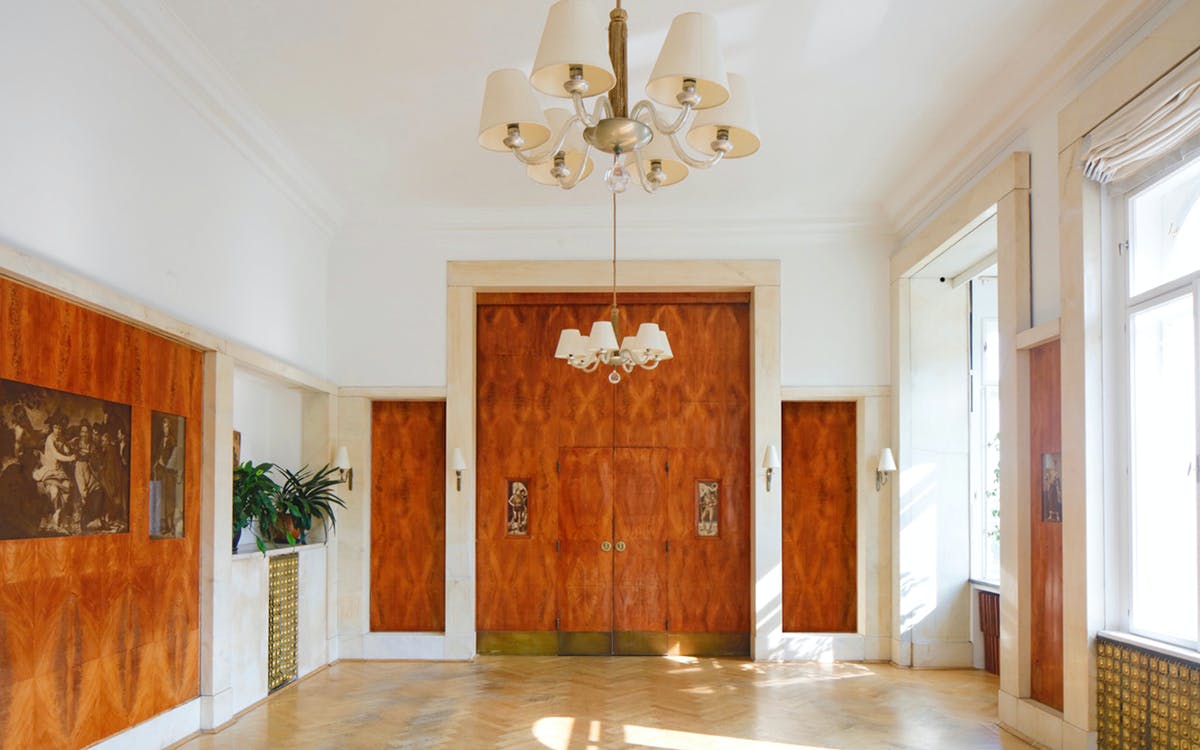 Discover the interiors of an upper-class 500 square meter apartment located on the Vienna River. Designed by the renowned architect Adolf Loos, learn about his life and work during the tour.

On this tour, you will visit a corner house on the Vienna River designed by Adolf Loos. The house was designed for privateer Emil Lowenbach. On entering the house, you will see that the living room, dining room, and small library are still well preserved to this day. Although the apartment was altered after the damage in World War 2, the rooms are still in good condition and showcase the upper-class Viennese life in the early 20th century.