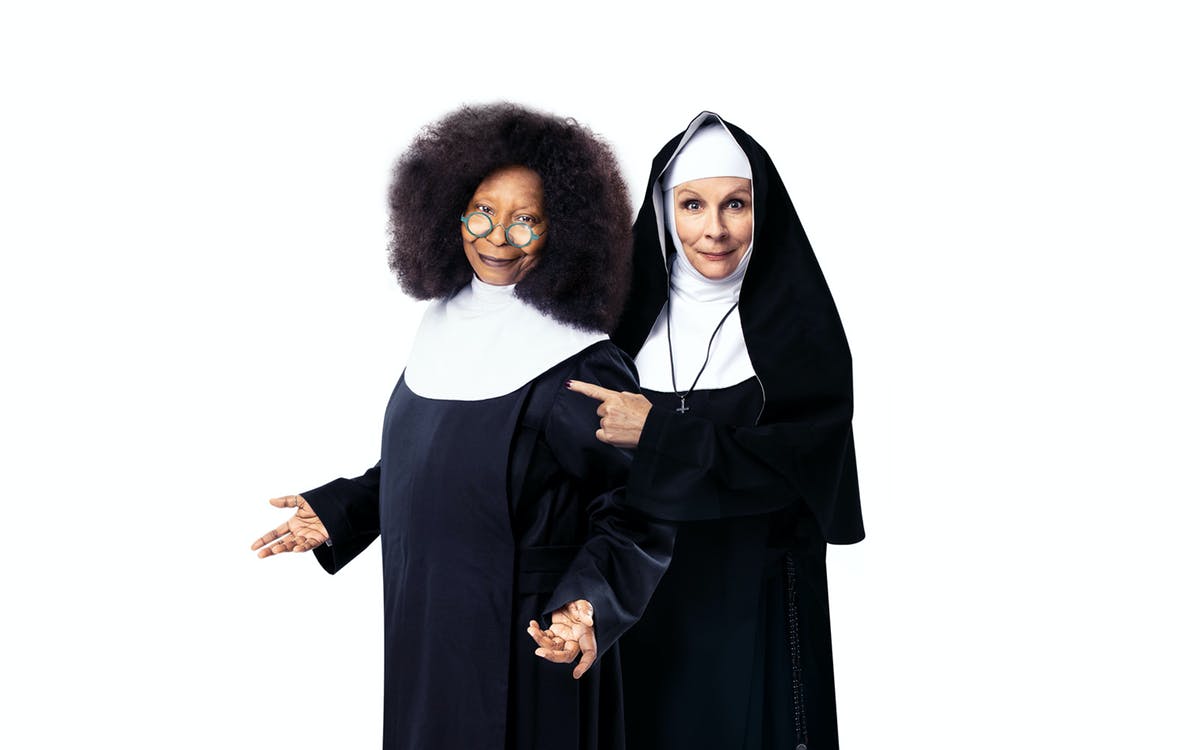 why you should watch sister act

Based on the wildly successful 1992 film of the same name, Sister Act boasts a stellar creative team consisting of composer Alan Menken and writers Bill and Cheri Steinkellner. Menken is amongst the most popular musical artists in both film and theatre owing to his work with Disney. He has won two Academy Awards for his scores for Beauty and the Beast, Aladdin, Pocahontas, and an array of other mainstream Disney productions. Menken has also been bestowed a whopping eleven Grammy Awards and one Tony Award! Sister Act became an instant hit in the comedy genre, grossing over $230 billion at the box office when it was released in 1992. It inspired several sequels and adaptations, including this theatrical version. When the musical was presented at the Pasadena Playhouse in October 2006, it became the single highest-grossing show to ever premiere at the venue.

A musician named Deloris Wilson serves as a lounge singer, under the name Deloris Van Cartier, in one of Nevada’s innumerable night clubs. As a student in a Catholic School, Deloris was always more inclined to join music clubs instead of paying attention to her studies. When her gangster boyfriend, Vince LaRocca, murders an innocent man, Deloris is forced to seek a witness protection program at a convent in an old San Francisco neighborhood. Disguised as a nun and under the stern eye of the convent’s Mother Superior, Deloris gradually adapts to her new home and helps her fellow nuns revive their choir. With a delicious selection of Motown, soul and disco, funk, and rock, Sister Act is a true classic that simply refuses to go out of style!

Please be on time - Latecomers may not be admitted if no suitable break is available during the performance.

Written by
Bill and Cheri Steinkellner

Audience
Recommended for ages 14 and up.
Children 14 and under must be accompanied by an adult 18+. Under 2s will not be admitted.