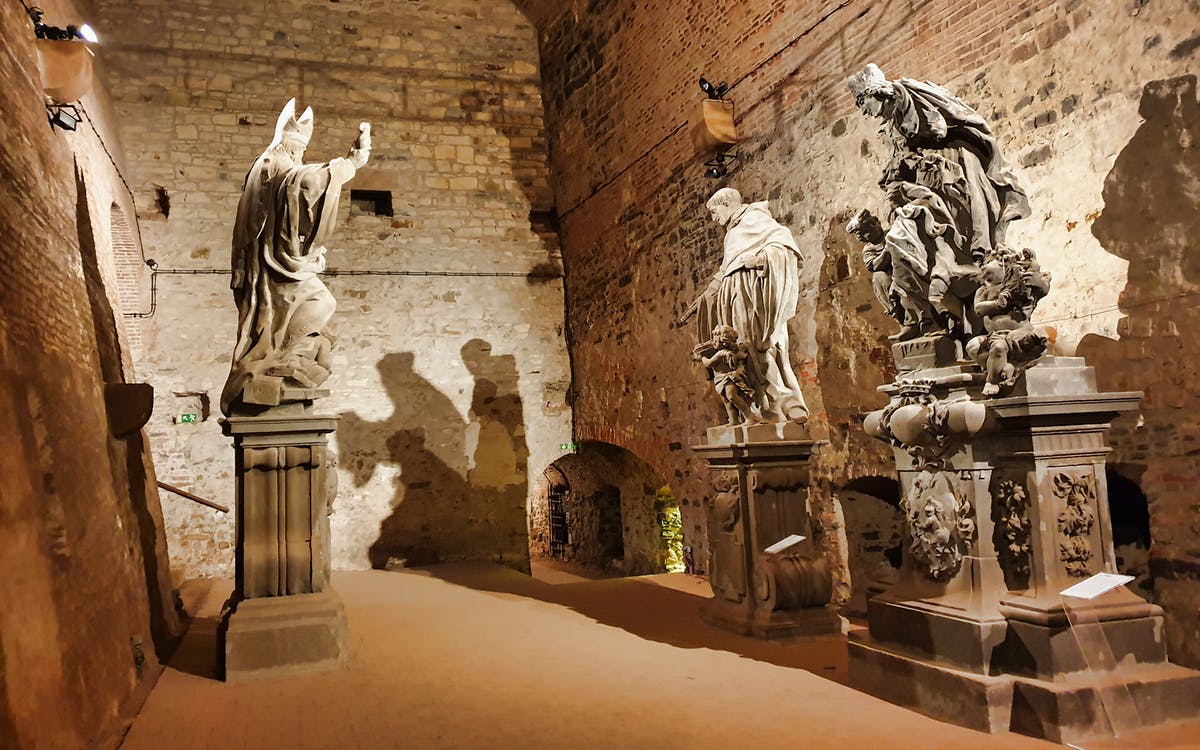 Being lesser known, this 2.5 hour guided tour lets you explore the beautiful Vyšehrad Castle without the usual tourist crowds. Walk along with your expert guide to uncover the myths and legends of the castle, the neo-Gothic Basilica of Saints Peter and Paul, as well as the intriguing Vyšehrad casemates.

Originally a medieval royal residence, the Vyšehrad Castle was unfortunately devastated and abandoned during the Hussite Wars towards the culminating years of the Middle Ages. Later, it was converted into a strong Baroque fortress. Having played a significant role in the oldest of Czech legends, the fortress has stood the test of time.

After you meet your guide in front of the National Museum, you will enjoy a short and scenic metro ride on your way to the Fort. As you enter the gates, you will come across a sizeable park area. Here, you will discover several hidden gems including the Romanesque Chapel of St. Martin from the late 11th century. Continue on towards the Collegiate Church of Saints Peter and Paul (attached to Vyšehrad’s Royal Collegiate Chapter). After undergoing a number of modifications since its construction in the 11th century, the Church sports a neo-Gothic appearance from the 19th century, and is beautifully adorned by Art Nouveau frescoes.

The tour continues as you walk through the adjoining Vyšehrad Cemetery. As a prominent resting place in the city, you will be able to see the tombs and graves of notable Czech greats, including Antonín Dvořák, Alfons Mucha, and Karel Čapek. Take some time to learn about their life and work from your guide. If you are eager for more, you can venture forth into the mysterious underground casemates inside Vyšehrad’s fortified walls. Made up of vaults and corridors, their primary purpose was defense. Visit the vault Gorlice to see some original Baroque statues from Charles Bridge.

By Tram - The closest tram stop is Muzeum, which is within a 3-minute walk from the meeting point. - Tram #11 will bring you here.

The ticket is valid for the date and time selected during the checkout.