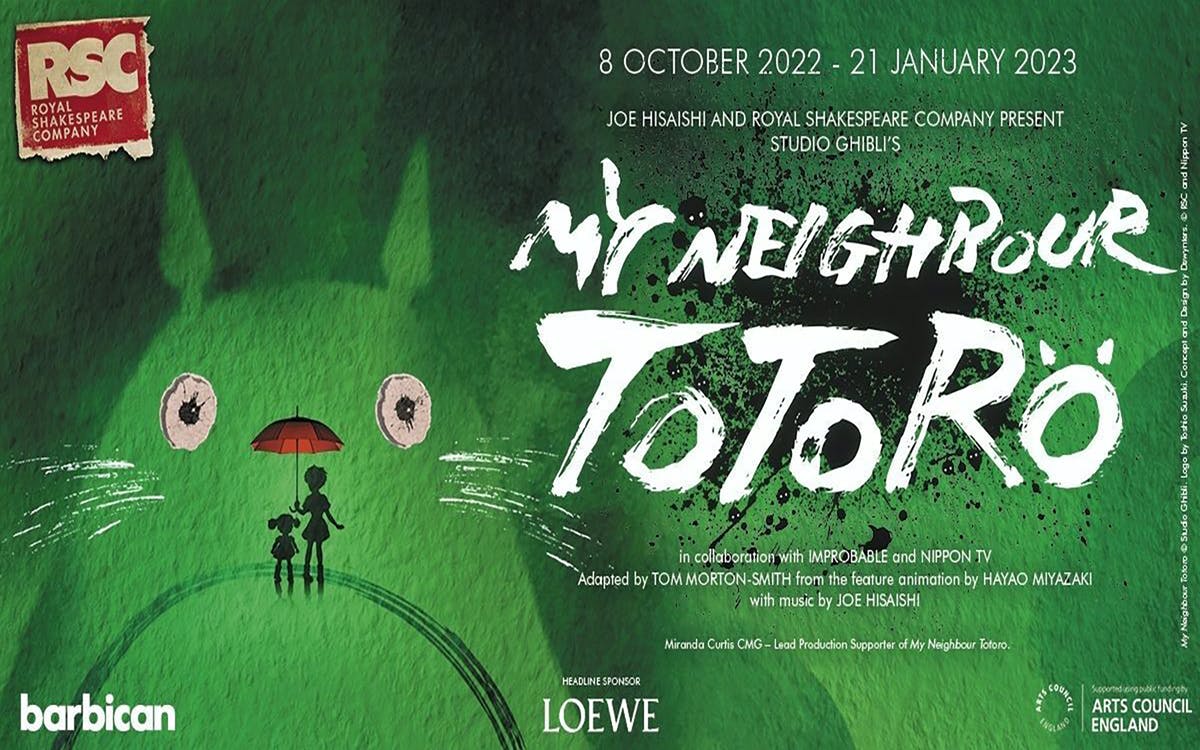 Grab tickets for the highly anticipated world premiere of the magical coming-of-age tale, playing at Barbican for a limited 15-week run.

why watch my neighbour totoro

The play follows one remarkable summer in the lives of two sisters Satsuki and Mei. Their father has brought them to the countryside to be close to their mother, who is recuperating from an illness at a local rural hospital. The sisters take great joy in exploring the beauty of their new home. On one such exploration, Mei crosses paths with an ancient protector of the forest she calls Totoro. Skeptical at first, Satsuki soon discovers the truth and before long the sisters are swept up in a magical realm of spirits, sprites, and new wonders.

Based on the award-winning, cult-classic Studio Ghibli film of the same name, this groundbreaking adaptation comes from the Royal Shakespeare Company which has previously brought us Matilda the Musical with Joe Hisaishi, the film's original composer. Touching on the fantasy world of childhood and the incredible power of imagination, this tale has warmed the audience of film watchers for decades. The charm is all set to be revived in this play with music from Joe Hisaishi’s iconic original score, along with new orchestration by Will Stuart. Tickets for this world premiere are expected to be in extremely high demand, book yours now to watch the heart-touching tale brought to life on stage.

Audience: Not suitable for children under 4 years of age (including babes in arms)

Casting for My Neighbour Totoro is yet to be announced.