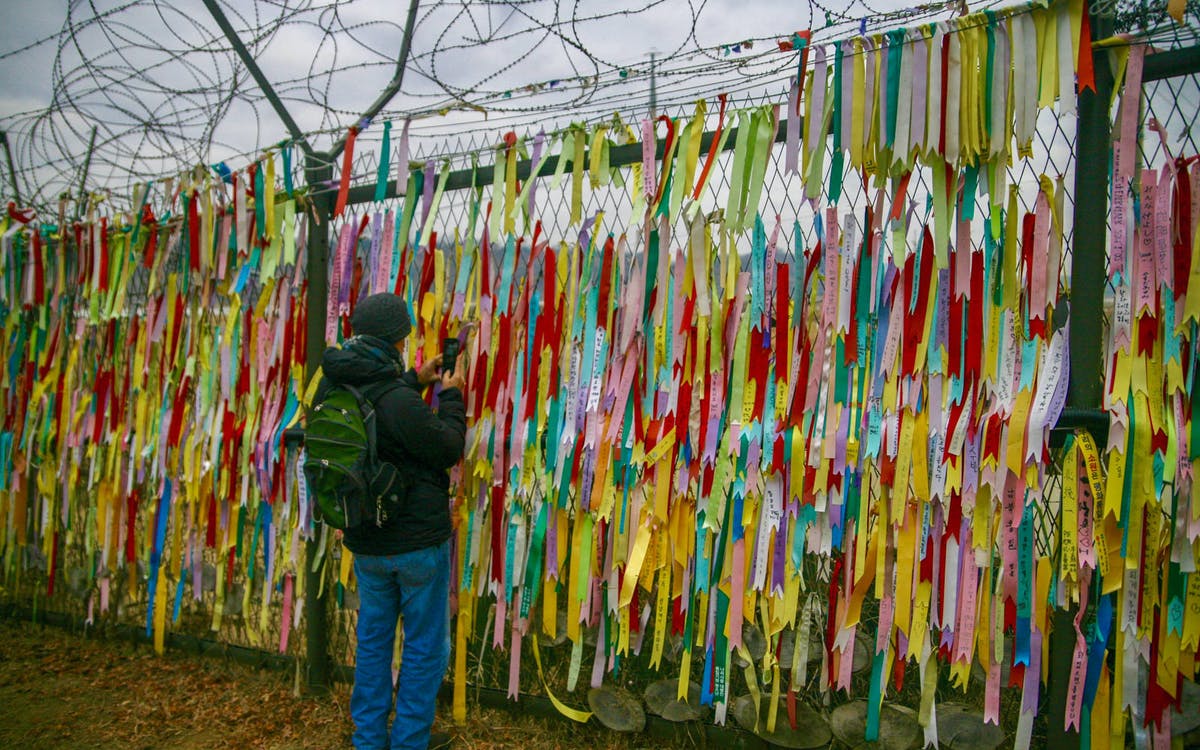 Take a half day tour to one of the most unusual locations on the planet - The DMZ (Demilitarized Zone) along the border between North and South Korea. Check out Korean War era tanks at the Imjingak Park, walk through the Third Infiltration Tunnel, and get a glimpse of North Korea from the Dorasan Observatory.

At the end of the Korean War in 1953, an armistice was signed by North and South Korea which resulted in the Demilitarized Zone, a 4 km-wide, 240 km-long border that has since scarred the Korean peninsula, dividing the North and South into two independent countries. Lined on both sides with tank traps, landmines, barbed wires on high fences and various other obstacles, it is the heaviest guarded border in the world. Visiting this place can have an unsettling effect, especially when it’s weighed heavy with symbolism.

Your guided tour will begin at Imjingak Park situated 7 km from the Demarcation Line. The Park features monumental relics and sorrows from the Korean War and is dedicated to the 10 million Koreans who were separated from their friends and families. Also here is the Freedom Bridge connecting North to South where several South Koreans marched into their mother country from the North after the signing of the armistice. Pass by the Unification Village and enter the DMZ Theatre and Exhibition Hall where you can watch videos explaining the various tunnels that run below the DMZ and general history of the war and division of Korea.

An interesting aspect of DMZ will be your tour of the Third Infiltration Tunnel which was dug by the North Koreans in their attempt to infiltrate South Korea and launch a surprise attack. Walking along the 265m stretch of this 73m-deep tunnel, you’d be surprised by how often your head bumps the low-lying roof.

After the tunnel, you will head to the Dorasan Observatory. This is the part of South Korea that is the closest to the North. From here, one can peer into binoculars to catch a rare glimpse of North Korea in all its reclusiveness. Nearby is the Dorasan Station which is a symbol of hope for the reunification of Korea. Built in 2002, this modern station is ready and waiting to run on the day the two Koreas finally settle their differences and come together as one.

The Myeongdong Real Gun Shooting Range is a live indoor firing range. With over 100 firearms to choose from, visitors can try their best hand at shooting targets with a real pistol.

Originally built by King Taejo, the founder of the Joseon Dynasty, Gyeongbokgung is the main and the largest of the Five grandest palaces of the period. With its open-sided corridors and its double tiered stone platform, this impressive building is where Kings of high order resided and crowned. Feel like royalty as you tour across this iconic sight celebrating the long and storied history of Korea.

If you wish to experience the traditional part of Korea, indulge in the antique alley of Insa-dong. With traditional tea houses, restaurants, crafts and antique stores, this is the perfect place to tap into the rich culture of Korea.

The DMZ area has been closed due to unfortunate outbreaks of African Swine Fever in the vicinity. Therefore, we will not be able to enter the area, including the 3rd tunnel, Dora Observatory, and Dorasan Station. There is no information as yet on when they will be opening again. So, in the meantime, we will conduct the tour in the alternative itinerary:

You can visit the DMZ every Tuesday - Sunday. The DMZ will remain closed on Mondays and on Korean National Holidays.

The DMZ tour has two meeting points which you can choose according to your convenience.

These tickets are valid for the date and time of your scheduled experience.