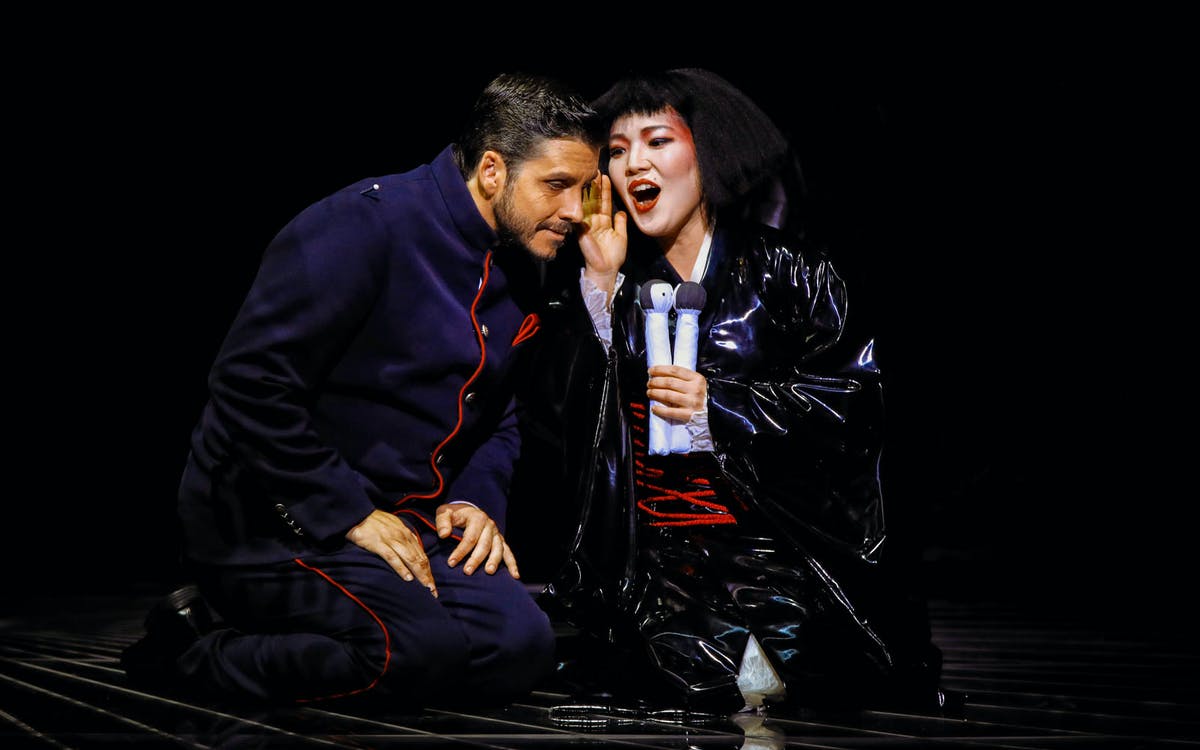 Witness spellbinding beauty in this fascinating reenactment of Madama Butterfly. Featuring Karah Son and Mariana Hong, it showcases breathtaking choreography and visuals. Enjoy an emotional tale of love and heartbreak centered around a Japanese Geisha.

The show is a complete visual treat, filled with beautiful costumes and lovely choreography. It showcases raw emotions and captures the essence of the story very well. This production of Madama Butterfly by Graeme Murphy is a contemporary take on the classic heroine created by Puccini. The production has a vibrant and dynamic backdrop with portions of film flying across the stage. The choreography is extremely graceful and depicts the gravity of the story that begins with passion and love, only to end in utter sorrow and heartbreak. This timeless tale is ornamented with the most enrapturing music, right from the immensely popular aria ‘One Final Day’, all the way to the emotional finale. The production features two world-class actors, Mariana Hong and Karah Son, who share the role of Cio-Cio-San.

Pinkerton is a naval captain from America. He finds himself enthralled by the beauty of Cio-Cio-San (Madama Butterfly), a geisha in Japan. He decides to marry her, and Cio-Cio-San, mesmerized by the American lifestyle of Pinkerton and the dream of an all new life in America, gives her assent. She falls deeply in love with the American who she barely knows. Pinkerton has other ideas, however, and is not particularly keen on continuing their relationship. He plans to find and marry a ‘real wife’ from America. He leaves Japan alone and heads for America. Madama Butterfly is a faithful wife. She waits patiently for Pinkerton to return, even after years have passed. She was abandoned by her family a long time ago and spends her days with her servant Suzuki and a living memorial of her love from America. Cio-Cio-San receives several offers for her hand in marriage, but the loyal girl refuses all of them. She believes in her heart that Pinkerton will return eventually, and she even sings about it. Suzuki attempts to make her realize that there is no point in still being hopeful but to no avail. Years later, a ship finally arrives with Pinkerton on it, but the man is not alone. Watch this tragic and deeply moving story of love and twisted intentions at the Sydney Opera House this season!

“This production captures the subtlety, emotions and complexity that this story are synonymous with. The staging is brooding and atmospheric and the costumes manage to be both aesthetically pleasing and gorgeous. The addition of local youths in a chorus also lends this melodramatic piece an innocence and charm.”
– The AU Review

Duration
2 hours, 45 minutes including one intermission

Audience
Suitable for ages 18 and up.