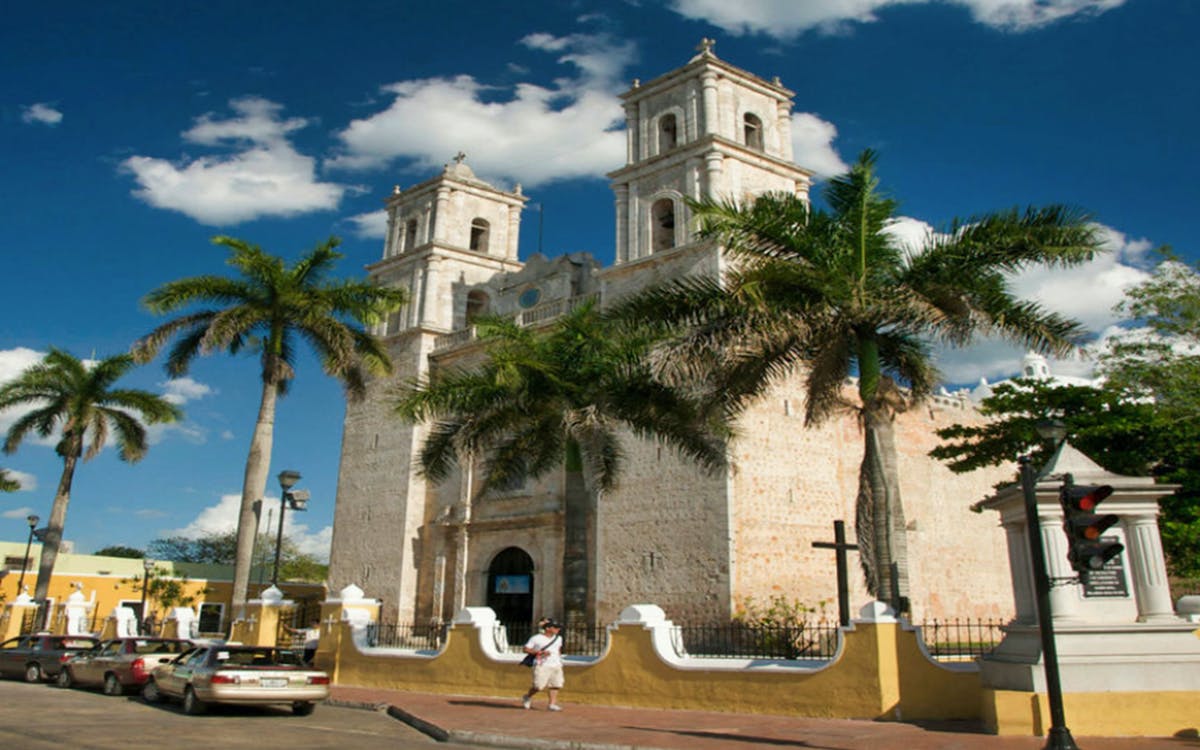 Get a basic outlook on the wonders of the Yucatán Peninsula with guided visits to the impressive Chichén Itzá, a striking underground cenote, and Valladolid, recognized for its pueblo mágico status.

Your day begins with a convenient hotel pick-up, after which you will tour the most popular of Mayan legacies to be left behind - Chichén Itzá. Shrouded in mystery and intrigue, this massive archeological site has the power to evoke an extraordinary sensation within the observer, and for good reason – these mighty ruins reflect the Maya’s undue intelligence in the form of an architectural feat that is poetically connected to the Earth´s rotation around the sun. This is evident in the construction of El Castillo, the largest and most recognizable pyramid in the vicinity. The structure depicts the accuracy of Mayan astronomy, exhibiting 365 steps – one for each day of the year – and a phenomenon that occurs during the equinoxes, whereby the dying light of the sun casts a shadow resembling a serpent that snakes down the grand staircase.

After appreciating the raw beauty of this age-old site, you can enjoy a dip in the emerald green waters of the nearby Cenote Hubiku, characterized by its sacred underground connection with ancient Mayan beliefs. Later, savor a hearty meal and satisfy the appetite you surely would have worked up. Your tour ends with a short stroll around the colonial city of Valladolid, defined by its Spanish colonial architecture and pastel-colored walls. Unearth its hidden gems as you dive into traditional Yucatán culture.

The ticket includes the following options that you can choose from:

Available daily from 8 AM to 8 PM