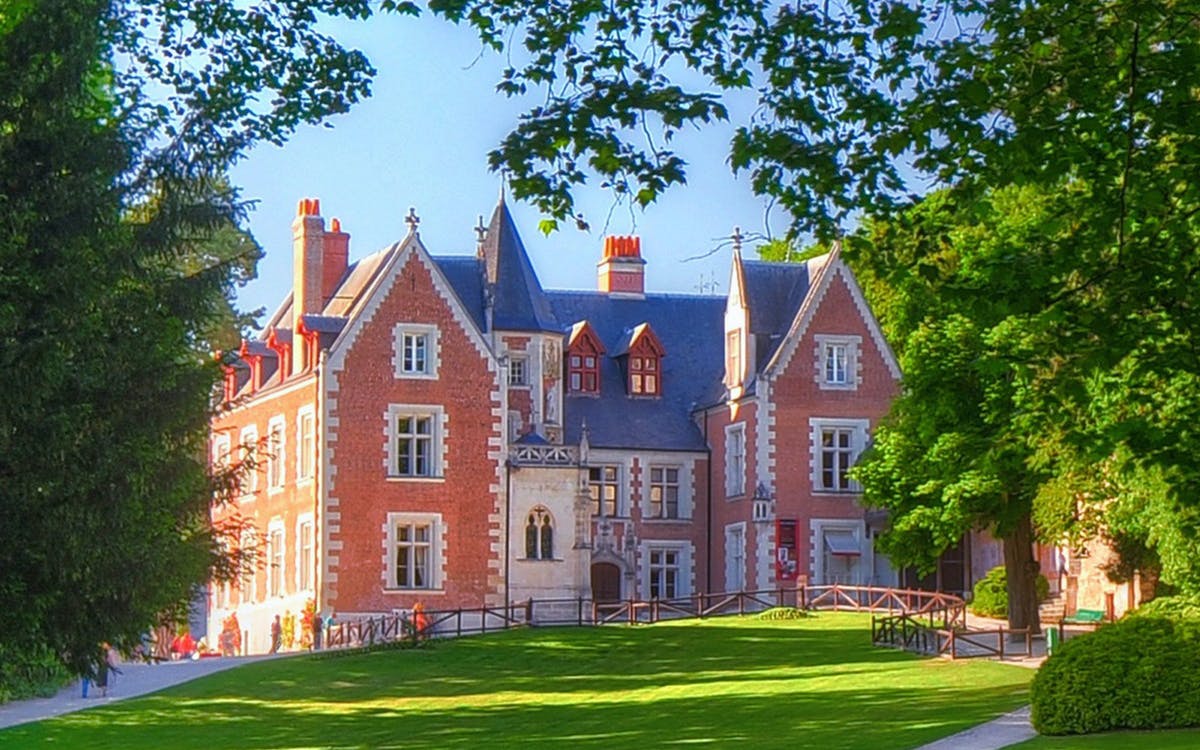 What's a visit to the Loire Valley without visiting a few of its castles? With this ticket, you get entry, skip-the-line access, and savings as you visit three iconic châteaus: Château Royal d'Amboise, Château du Clos Lucé, and Château Royal de Blois.

These tickets can't be cancelled. However, you can use them any time until 31 Dec, 2022.

Formerly called Manoir du Cloux, the château du Clos Lucé is located smack in the center of Amboise. Dating back to 1941, this luxurious residence building stands in all its Renaissance glory, decorated royally on the inside. The Château is most popularly known for being Leonardo Da Vinci’s last home. With the invitation of Francis I, Da Vinci moved into the royal french residence in 1516 and went on to spend the last three years of his life here. Besides a splendid collection of art and sculptures, the Château boasts a wide display of da Vinci's best inventions. Marvel at architectural wonders such as The articulated glider, The Tank, The Catapult, The Mechanical Drum, and more. Learn all about his inspirations and his little secrets that you will only find out here, at your own pace! Wrap up your informative, self-guided tour with leisure time at the lush park and gardens, or at your own expense, tickle your taste buds to a delicious meal in one of the three restaurants available on site.

Visit the Blois Castle, the previous residence of several French kings and an extraordinary representation of French architecture ranging from the 13th to the 17th century. Skip the long ticket lines and gain direct entry to the castle with your priority entry tickets. Prepare to be amazed when you step onto the magnificent courtyard, surrounded by four buildings from 4 different eras: the 13th-century Medieval fortress, the Louis XII Gothic wing (1498-1500), the François Renaissance wing (1515-1518), and the Gaston of Orleans Classical wing (1635-1638). Don't miss out on visiting the Fine Arts Museum, housing more than 300 remarkable artworks, including works by the famous artists Jean-Auguste-Dominique Ingres, Peter Paul Rubens, and Francois Boucher. This is paired with simultaneous translation via an audio guide in 10 languages (they are disinfected after every use).

Skip the long ticket lines and gain direct entry to the Amboise Castle, where you can see for yourself the lifestyles and secrets of the French court! Learn about the kings who reigned from the castle at the dawn of the Renaissance and see first-hand how extravagant their lives were by admiring the extensive collection of Gothic and Renaissance furniture within the castle. One of the most notable guests at the Amboise Castle was Leonardo da Vinci, who you can pay respects to in the castle’s chapel, where he lies to rest. You can also use the HistoPad© to rediscover, in situ, spaces that have now disappeared and to immerse yourself in historical atmospheres: royal audiences and banquets, the seat of the ramparts and battle, construction sites, diving into the jails...the journey is open to all! End your visit with a walk in the sublime gardens, classified as "Remarkable Gardens" in 2017.

Infants aged 7 and below can enter for free - no ticket required. Children aged 8-17, as well as students, enjoy reduced ticket pricing (carry a valid photo ID).

Infants under 6 can go for free. Children aged 6-17 enjoy reduced-price tickets (carry a valid photo ID). Visitors with disabilities will be admitted free of charge.

Missing any information?
Yes
No
€40.97
€43.90
You save 6%
Check availability
Best price guaranteed
Why Headout?
Trusted platform used by 100K+ people, each month
Get the lowest prices and last minute availability
Discover and connect with 10,000+ experiences
Browse verified reviews and professional photographs
Have a question? Live chat with our experts 24/7
The world on your tap!Get the Headout app to get tickets on your phone and access app-only deals. Talk about win-win.
We've served 15 million+ guests and we are here for you
15 million +Happy customers across 10,000+ experiences
4.4/55,000+ verified reviews with 90% excellent score
In the MediaFeatured and recommended by the best brands
24 x 7 Help CenterHave a question? Live chat with local experts anywhere, anytime
Headout is building the future of how we experience our cities.
Made with ❤️ all over the 🌎
Headout Inc.
82 Nassau St #60351 New York, NY 10038
Cities
New YorkLas VegasRomeParisLondonDubaiBarcelona+74 more
Headout
About UsHelpCareersTravel BlogCompany BlogCreator Partnerships
Partners
Join HeadoutSupply Partner HubAffiliates
© Headout Inc
Privacy PolicyTerms of Usage