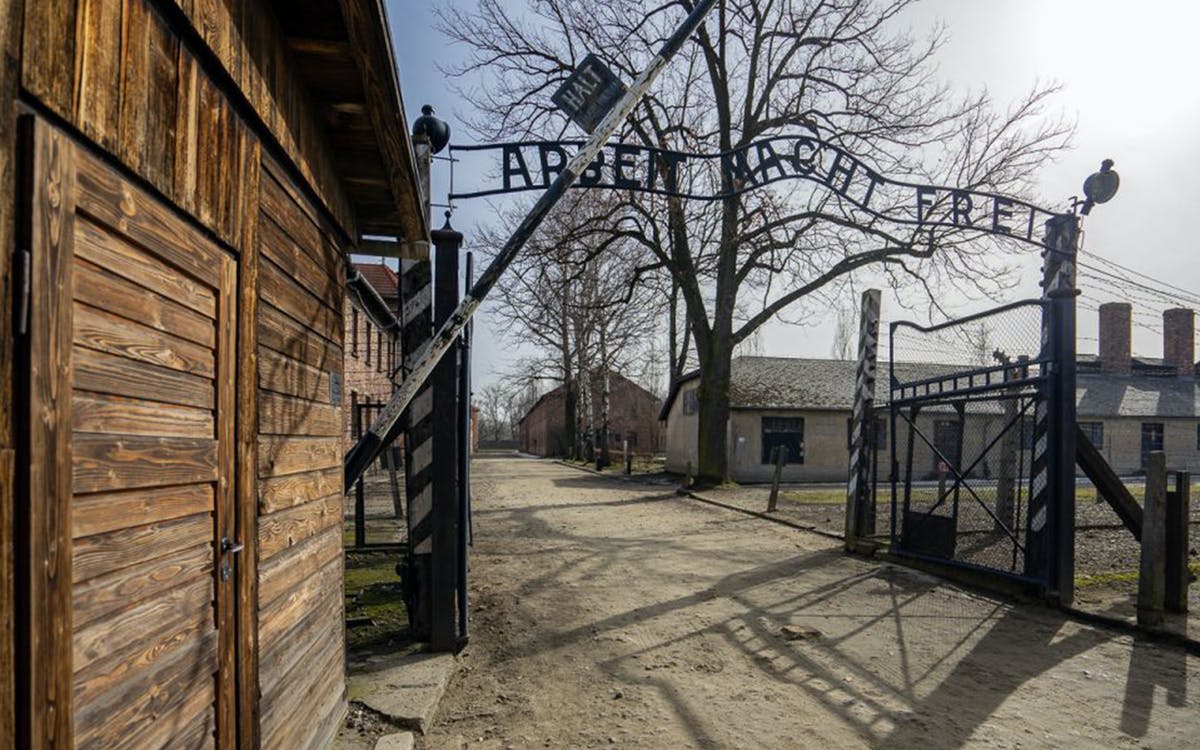 Auschwitz-Birkenau: Guided Tour with Hotel Pickup from Anywhere in Krakow

Transport yourself back in time on your visit to Auschwitz-Birkenau, one of the most important places in the history of World War II.

Get picked up from your accommodation in an air-conditioned minivan. From here you will first visit KL Auschwitz 1, where you walk past the iron gate engraved with the slogan - Arbeit Macht Frei, which translates to Work Sets You Free. Take a look at the 22 brick barracks where thousands of victims of the holocaust were kept.

Next, you will be guided towards the haunting Block Number 11. This block contained torture chambers including dark chambers or standing cells where prisoners were victims of various types of horrific punishments. Block Number 11 is where the first extermination using Zyklon B took place. At the end of the camp, you’ll find the only remaining crematorium and gas chambers.

After KL Auschwitz 1, your driver will take you to KL Auschwitz 2, Birkenau. This area of the camp is an astonishing 25 times larger than Auschwitz 1, making it the largest of all the death camps. Tragedy hides within these walls where over 1 million people died. Inside the 62 wooden barracks which were originally designed as stables, you will see the ruins of 4 gas chambers. These chambers were destroyed by the Nazis in an attempt to hide the evidence of their crimes.

Towards the end of your tour, you will be taken to the Memorial, where you can pay your respects to all the victims of the genocide.

Missing any information?
Yes
No
from
€41
Check availability
Best price guaranteed
Why Headout?
Trusted platform used by 100K+ people, each month
Get the lowest prices and last minute availability
Discover and connect with 10,000+ experiences
Browse verified reviews and professional photographs
Have a question? Live chat with our experts 24/7
Other experiences similar to Auschwitz-Birkenau: Guided Tour with Hotel Pickup from Anywhere in Krakow
Free Cancellation
Museums
Auschwitz-Birkenau: Fast-Track Tickets & Official Guided Tour (Without Transfers)
4.3
(1.1K)
from €20
Free Cancellation
Guided Tours
Auschwitz-Birkenau: Guided Tour with Hotel Pickup from Krakow Center
Instant Confirmation
4.3
(437)
from €29
Landmarks
Admission Tickets to Wieliczka Salt Mine with Expert Guide
Instant Confirmation
4.5
(2.1K)
€29.50€28.25
Save up to 4%
Guided Tours
Auschwitz-Birkenau: Guided Tour with Transfers from Krakow Center
4.4
(235)
from €43.70
Free Cancellation
Theme Parks
All-Day Fast Track Entry Pass into Energylandia Amusement Park
Instant Confirmation
4.3
(453)
from €38.39
The world on your tap!Get the Headout app to get tickets on your phone and access app-only deals. Talk about win-win.
We've served 15 million+ guests and we are here for you
15 million +Happy customers across 10,000+ experiences
4.4/55,000+ verified reviews with 90% excellent score
In the MediaFeatured and recommended by the best brands
24 x 7 Help CenterHave a question? Live chat with local experts anywhere, anytime
Headout is building the future of how we experience our cities.
Made with ❤️ all over the 🌎
Headout Inc.
82 Nassau St #60351 New York, NY 10038
Cities
New YorkLas VegasRomeParisLondonDubaiBarcelona+63 more
Headout
About UsHelpCareersTravel BlogCompany BlogCreator Partnerships
Partners
Join HeadoutSupply Partner HubAffiliates
© Headout Inc
Privacy PolicyTerms of Usage