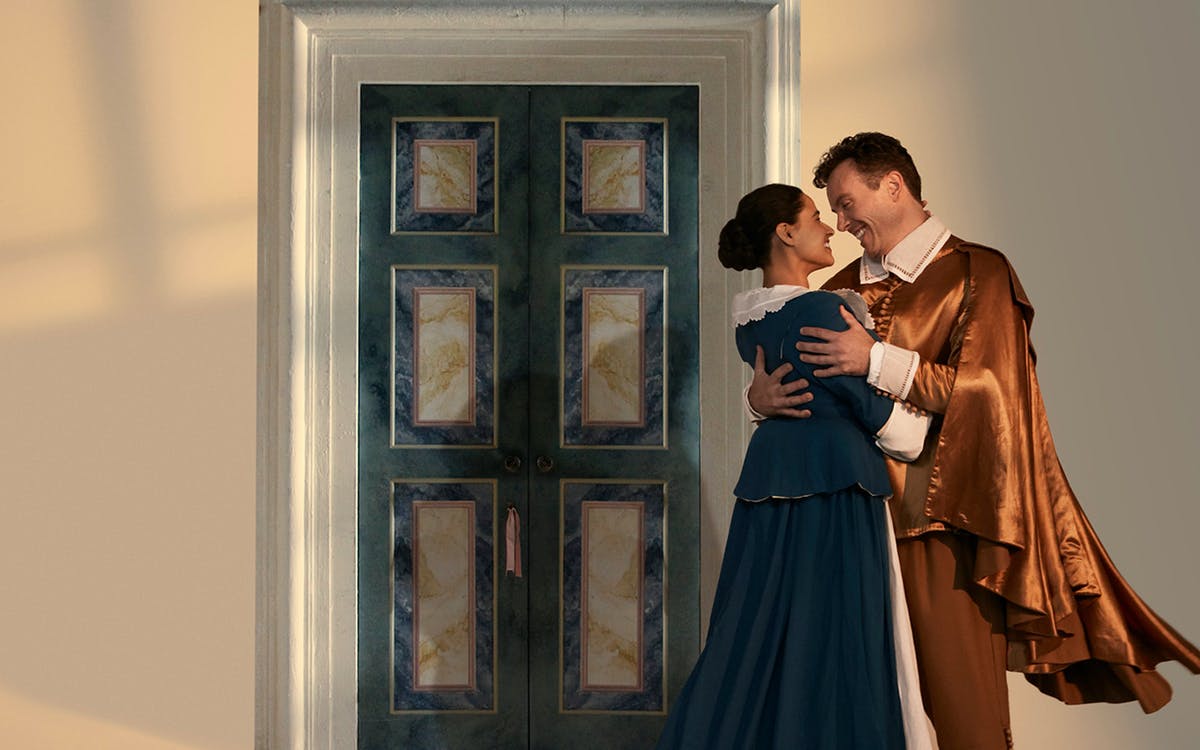 The Marriage of Figaro

Relive Mozart’s comedic masterpiece at the Sydney Opera House, aptly labeled “a comic cauldron of sex and social politics” by Limelight magazine. Witness everything from affairs and love, disguises and deception to laughter and lust in this fascinating production!

why watch the marriage of figaro

Composed by the legendary Mozart, The Marriage of Figaro was first showcased in the Burgtheater in Vienna, one of the most important theaters in the world, on the 1st of May 1786. It is one of the most frequently performed operas in the world, and the comedy has been enthralling crowds for centuries! The quick-paced libretto, combined with the witty and charming writing makes for an enjoyable show. The opera performance itself is spectacular, with numerous trios, quartets and even a sextet performance that is guaranteed to take your breath away. Set and costume designer Jenny Tiramani 17th century designs have been praised for their stunning detail and authenticity. The lighting design is top notch by David Finn, with the transition between day and night being wonderfully depicted. The performances of the cast have been critically acclaimed, with the eminent Guillaume Tourniaire leading them. You are in for a night of immersive theater and opera!

The Countess is in love with Count Almaviva. The Count, however, has his eyes set on the witty and beautiful servant, Susanna. Susanna, on the other hand, is in love with Figaro and is all set to marry him. Count Almaviva refuses to give in and decides that he will have Susanna for himself. He continuously finds excuses to postpone the wedding, but after a long delay, the day is finally upon them. Figaro himself is in a conundrum. He owes money to a woman, who agrees to let the debt go on one condition; that Figaro must marry her. Fed up with the Count’s wandering eyes, the Countess enlists the help of the cunning Susanna to win her husband back. Will the couple’s clever manipulations that include everything from disguise to duplicity restore the Count’s love for the Countess? Or is the marriage of Susanna and Figaro doomed as a result of the Count’s lust and desire?

“McVicar brews up an excellently cast comic cauldron of sex and social politics.”
– The Limelight

Duration
3 hours, 35 minutes including one interval