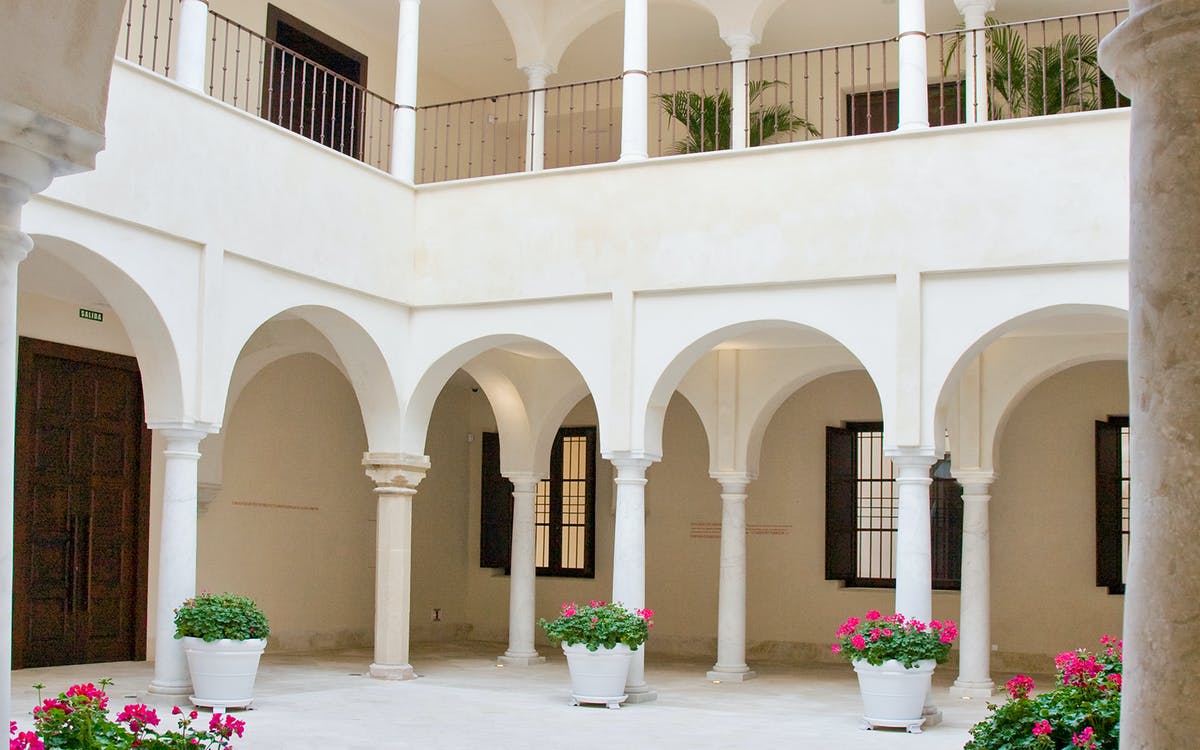 Enjoy skip the line entry to Carmen Thyssen Museum, celebrated for its far-reaching and comprehensive collection that outlines the journey of Spanish and Andalucían art.

See stunning examples of 19th-century Spanish and Andalucían art at the newly restored Museo Carmen Thyssen in Málaga. Admire the beautiful 16th-century Palacio de Villalón, a striking example of the city’s Renaissance architecture. Built over the remains of the Roman city, within the old Moorish quarter of Málaga, the restoration project focused on the recovery of the original layout, combined with newly built areas that co-exist in harmony. Arranged across 2 ﬂoors around a central courtyard surrounded by arcaded galleries – particularly notable elements are the carved wooden ceilings and supporting fretwork in the principal rooms – are a number of 17th-century Spanish paintings on display.

From its outset the Carmen Thyssen-Bornemisza collection has been admired for its wide-ranging horizon and rigorous quality, presenting a comprehensive survey of 19th-century Spanish painting genres, focusing, in particular, on Andalusia. Experience all this and more with your skip the line entry ticket!

The ticket is valid for the date selected during the booking