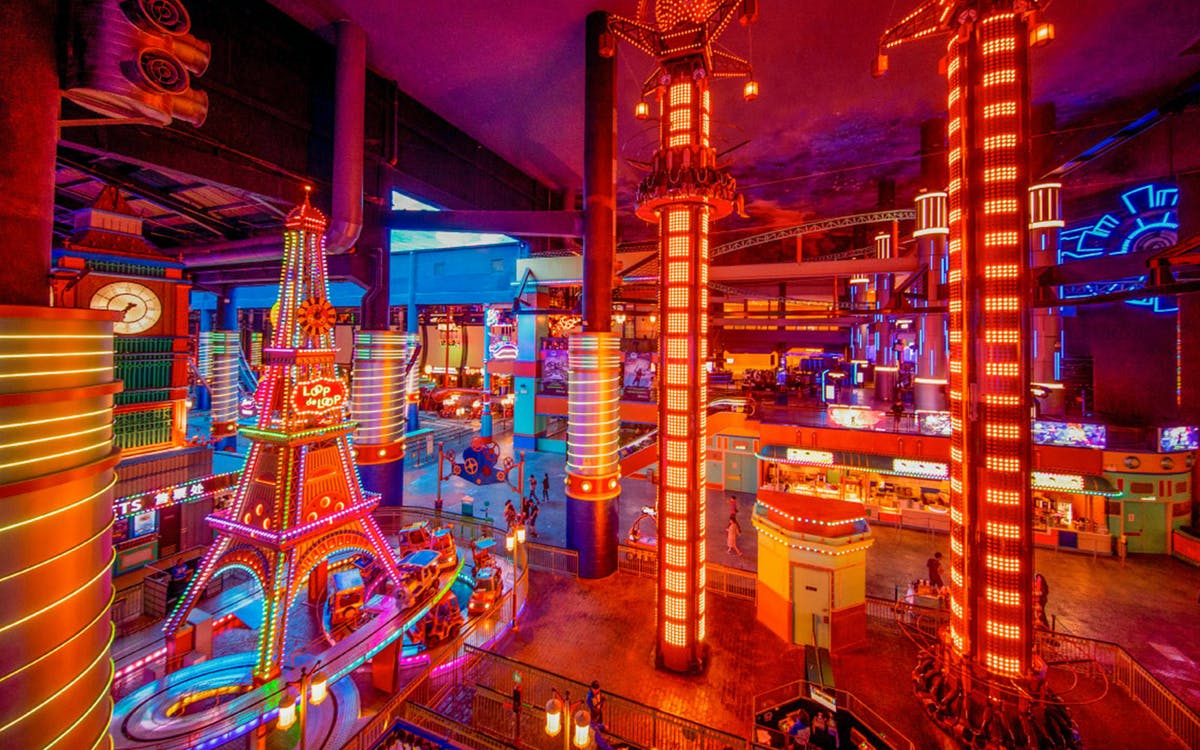 Try your hand at a never-ending variety of family fun at Skytropolis Indoor Theme Park!

Spanning over 400,000 square feet, and with over 20 attractions scattered across its premises, Skytropolis Indoor Park is awesome, to say the least. Kids can have a go at the bumper cars in Boo Boo Bump or try the Jumping Spurs, a small jumping tower with mild drops. There's also a carousel and the Loop De Loop, which lets them go round a large illuminated Eiffel Tower.

Families will love the Skyscraper Ferris Wheel, which is decked with vibrant gondolas that offer a magnificent view of the park. You could also spin and whirl in the Tea Cup rides or take the flying Chariot Cruise that loops around the park. For a more adventurous experience, try the Sky Towers, a drop tower ride that plummets at gravity-defying speeds. Or the Power Surge - an intense high-flying ride with lots of spinning and upside-down motions.

Thrill-seekers can head directly to the Disco!, a giant spinning disc that swings you back and forth with increasing speed while rotating rapidly. Tone it down with a fun bumper car ride at the Bumper Boss, before heading to the Spin Crazy - a massive spinning pendulum that will take you on a gut-twisting, 360-degree spin up in the air. Finally, and not for the faint of heart, there's the Super Glider, a suspended lie-down coaster with sharp turns, curves, and sudden drops!