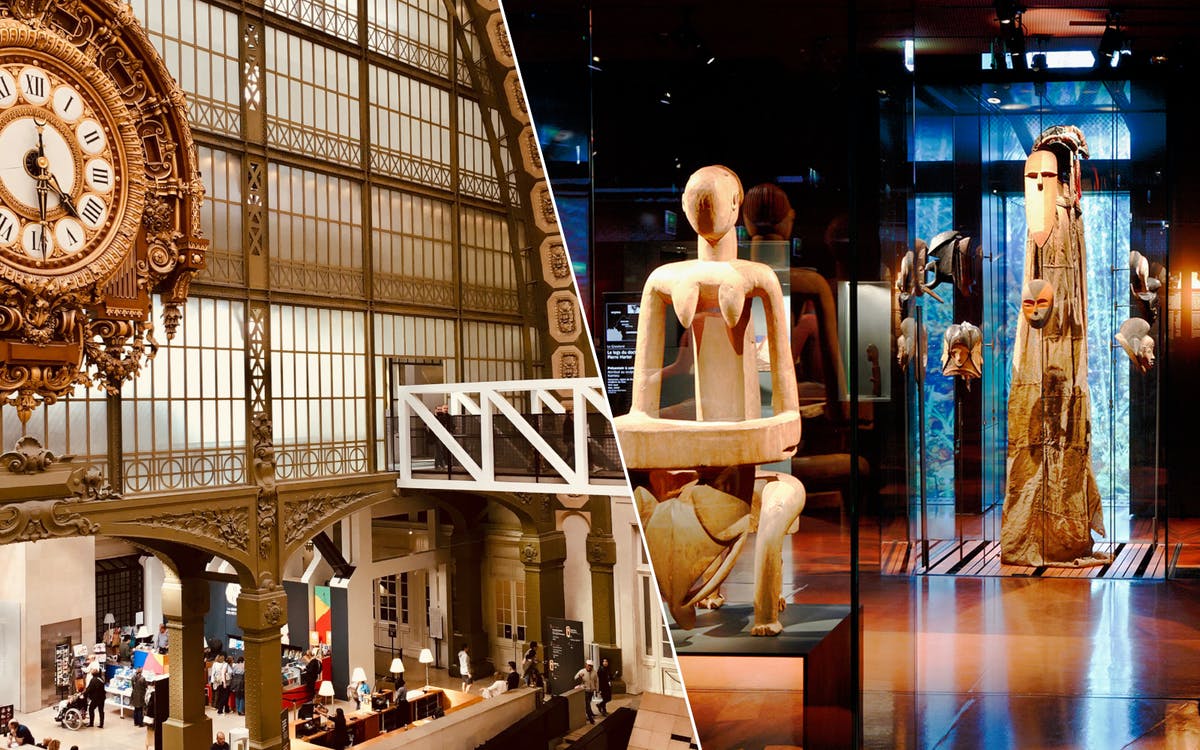 Established in 1986, the Orsay Museum is one of the newest museums in Paris but also one of the most important. It is an institution that houses paintings from one of the most influential periods of French Art - the Impressionist and Post-Impressionist eras of the late 19th Century. At the Orsay Museum, you will not only see famous paintings but also have the chance to catch sweeping views of Paris from its top floor. Admire here masterpieces from artists such as Paul Cezanne, Frederic Bazille, Edgar Degas, Edouard Manet, Claude Monet, Auguste Renoir, and Alfred Sisley. The exhibitions are arranged in a chronological manner, with early 19th century sculptures and classical paintings on the ground floor, leading up to the Impressionist paintings on the second and top floor. Most of the highlights of the Orsay Museum are on the top floor.

Benefit from access to the Quai Branly - Jacques Chirac Museum, home to works of indigenous art (a pejorative term) from Africa, Asia, Oceania, and the Americas. With this ticket, you get to see these artworks alongside pieces by Picasso, Matisse, Nolde, or Giacometti. Spend a moment admiring artifacts from the Neolithic era, from the kings of France to the explorers and great ethnologists of the 20th century. The permanent collection space presents around 3,500 works across geographies and strives to encourage dialogue between cultures from four continents.

While you're here, don't miss the chance to visit the gardens of the museum, with their paved paths and swimming pools. Access to the garden is free: stroll through the two hectares of green space to relax and admire the architecture of the museum, which was designed by Jean Nouvel. The brainchild of landscape designer Gilles Clément, the garden is home to over 160 trees and around 30 plant species including oaks, maples, magnolias, and cherry trees.

These tickets are valid for the date and time selected during the checkout.