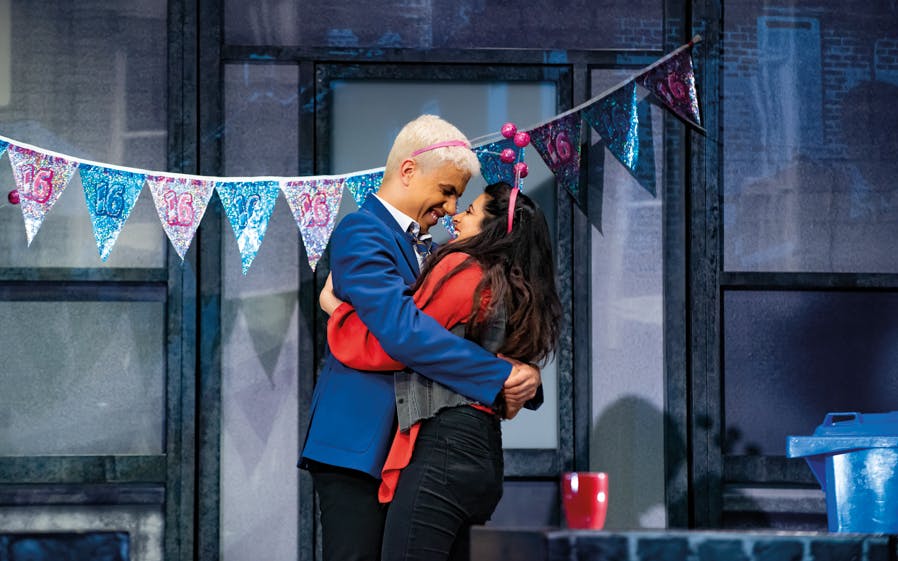 Everybody’s Talking About Jamie is the critically-acclaimed winner of three WhatsOnStage awards. The musical, which is being staged at the Apollo Theater, is about a sixteen-year-old boy who does not fit in and fights for acceptance with the support of his mother and friends.

why watch everybody's talking about jamie

The musical is inspired by a true story that has now become a theatrical sensation. The show's real-life origins make it relatable, telling a uniquely inspiring yet familiar tale of a person who seeks acceptance for who they are without prejudice. Jamie's story is a powerful one that reiterates the idea of standing up for oneself in order to get what one wants.

All 16-year-old Jamie wants to do is wear women's clothes. This clearly doesn't fit into the world he lives in, with his teachers even thinking that he's fit only to be a driver! Jamie's inspiring mother and supportive group of friends help him find his way and fight for what he believes in, allowing him to shine like the star he was always meant to be.

“What a cleverly self-fulfilling prophecy that title is. No wonder everybody’s talking about it.”
-The Guardian

“The production combines slickness with the rough-and-tumble spirit of an unruly local comp.”
-The Telegraph

“Everybody’s Talking About Jamie won a string of awards for its first airing in Sheffield; I reckon it might pick up a few more during this jubilant London run.”
-Independent

Duration
2 hours and 40 minutes, with 1 interval

Book and lyrics by
Tom Macrae

Audience
Children aged under 5 will not be admitted. Recommended for ages 14 and above. The show contains strong language and mild sexual references.

Seating
The Apollo Theater has a seating capacity of 775.

You will get an email confirmation with your Everybody's Talking About Jamie voucher. Please display the same on your mobile phone with a valid photo ID.