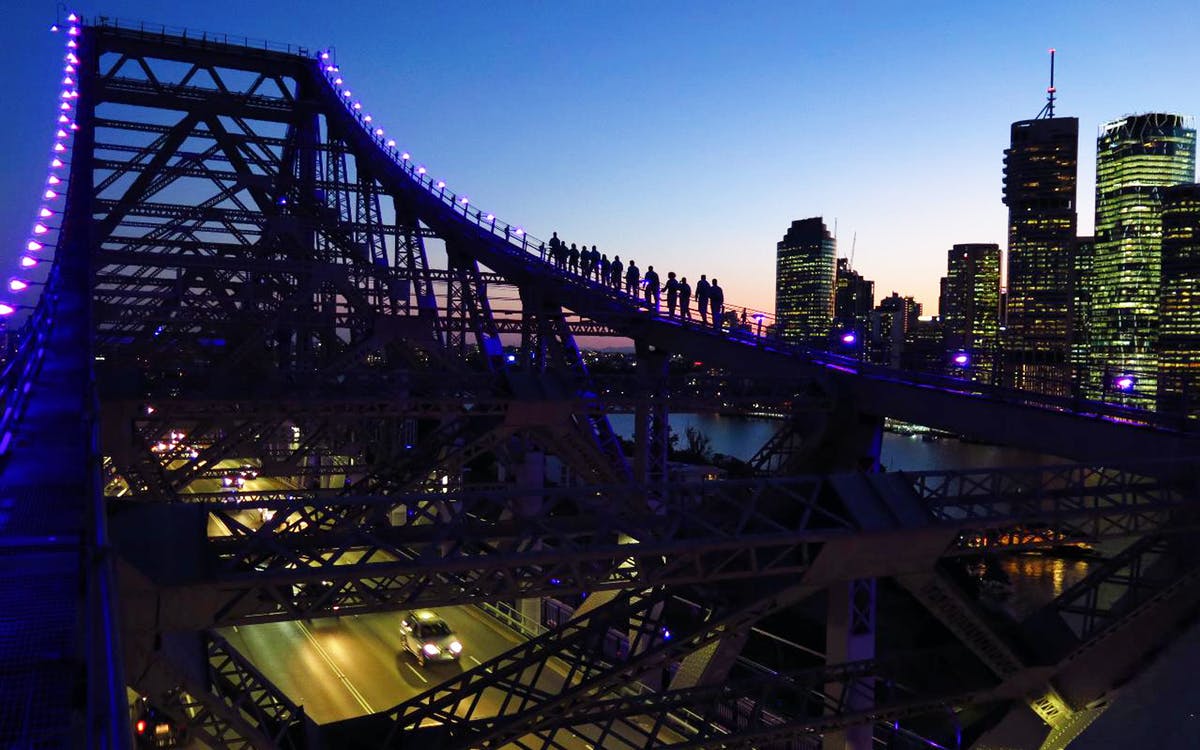 Enjoy a 2-hour climbing expedition on Brisbane’s Story Bridge at nightfall, promising thrills and striking views of the city!

Take to the iconic Story Bridge of Brisbane after dark: it is one of the best ways to soak up views of the city. Capturing the twinkling city lights from the CBD and the vast canopy of Brisbane’s skyline, you’ll be enveloped by the beauty of it all. Walk under the warm glow of the ever-changing Story Bridge’s multi-colored LED lighting system. Your climb begins at the base camp, where a briefing will be given to you and your group by your guide. Then, ascend a spiral staircase that will take you to the start of the suspended walkway. Start your journey to the base of the southern pylon, collecting facts, stories, and myths about Brisbane’s colorful history along the way.

You’ll climb through the inner Eastern bridge arm, ascend straight up the south-eastern cantilever arm that reaches up into the sky. Once at the top, drink in stunning 360-degree views of Brisbane and its twinkling surroundings. From the Glass House Mountains to Moreton Bay and south to the Scenic Rim, you’ll see it all. Venture further along, traveling about halfway across the river before returning back to the top platform. Say cheese as your group is photographed to commemorate the climb (if you want individual photographs, they are available for purchase).