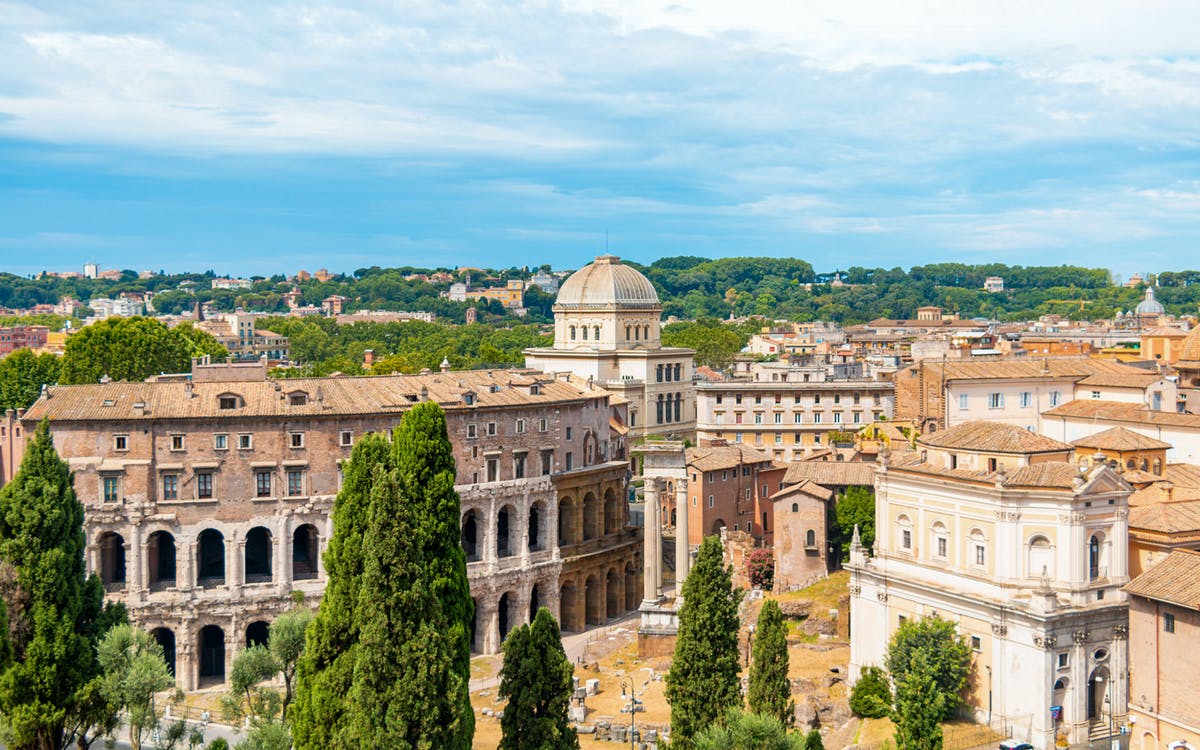 Join a walking tour of Rome's Jewish Ghetto and discover its history with the help of an expert local guide.

Rome is the epitome of history itself. Long ago, there were several ancient homes where thousands of Jews were isolated for centuries. Now, almost nothing remains there. Still, if you walk through the alleys of the ghetto home to so many monuments, buildings, and narrow streets, you'll catch glimpses of Jewish history and find that some of that inheritance has passed down to their descendants even today.

Your guide will lead you into alleys of the ghetto, where you can witness traces of Imperial Rome. This includes seeing the Theatre of Marcellus, nicknamed the "Small Colosseum," and the Portico of Octavia, which is where the Jewish-Roman dish, the fish broth, originated from!

Retrace the history of the Jewish people in Rome from ancient to modern times, all the while never forgetting the victims of the Holocaust. The "stumbling stones" (concrete cubes bearing a brass plate) nailed into the floor are a palpable testimony. You'll also get the opportunity to try traditional Jewish-Roman recipes, such as scrumptious artichokes “alla giudia”, or the tart with ricotta cheese and sour cherries. See also the 19th-century synagogue and end your tour with the sound of the water of the Renaissance Turtle Fountain in Piazza Mattei.

Make sure to wear comfortable shoes as there is plenty of walking involved.