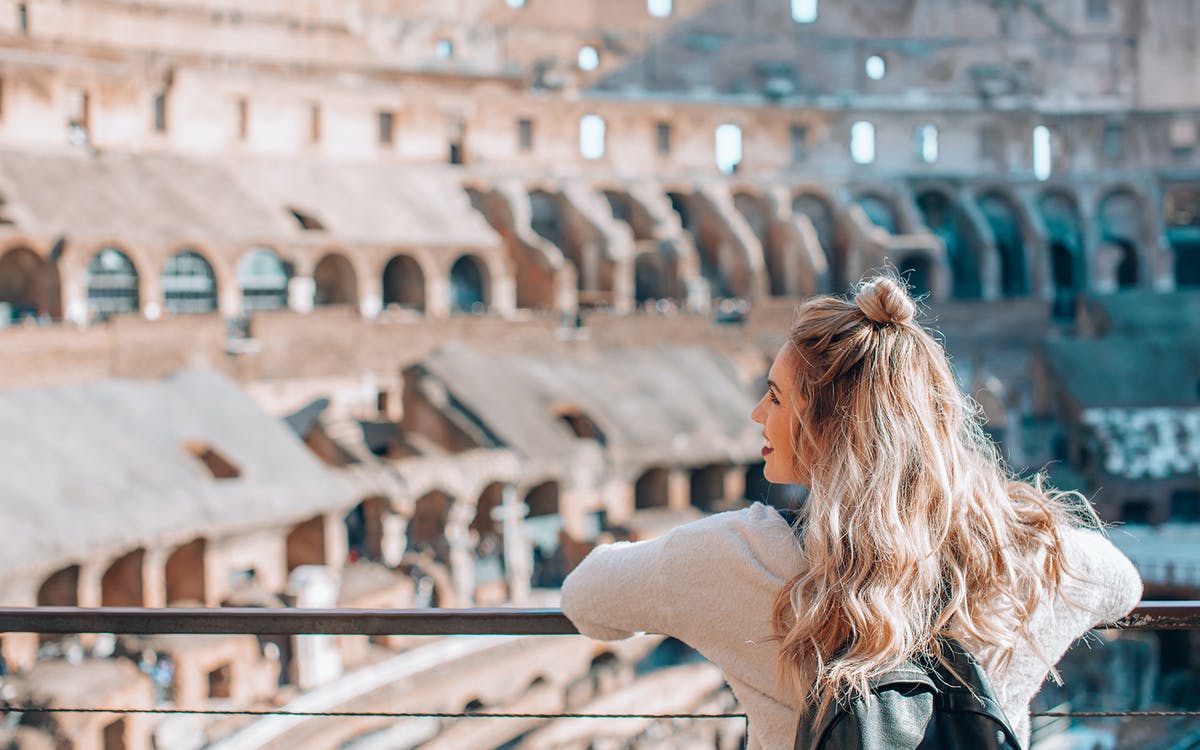 Set foot inside the iconic Roman Colosseum and explore the 2,000-year-old building with the help of an engaging audio guide!

Standing strong for over 2,000 years, the Colosseum has lived through very exciting times in history. Completed in 80 AD, this was the largest amphitheater of its kind at the time. It was also where gladiators and exotic animals once battled, where massive crowds gathered and cheered, and lofty emperors decided the fates of the fighters.

When you get to the Colosseum and put on your audio guide, which is narrated by an expert historian, you'll be able to relive the structure's ancient origins to its place in Italy today. Wander around the building and learn about the Roman empire, the Vestal Virgins, and the odd naval battle, on a perfect walk for any historical trip to Rome.