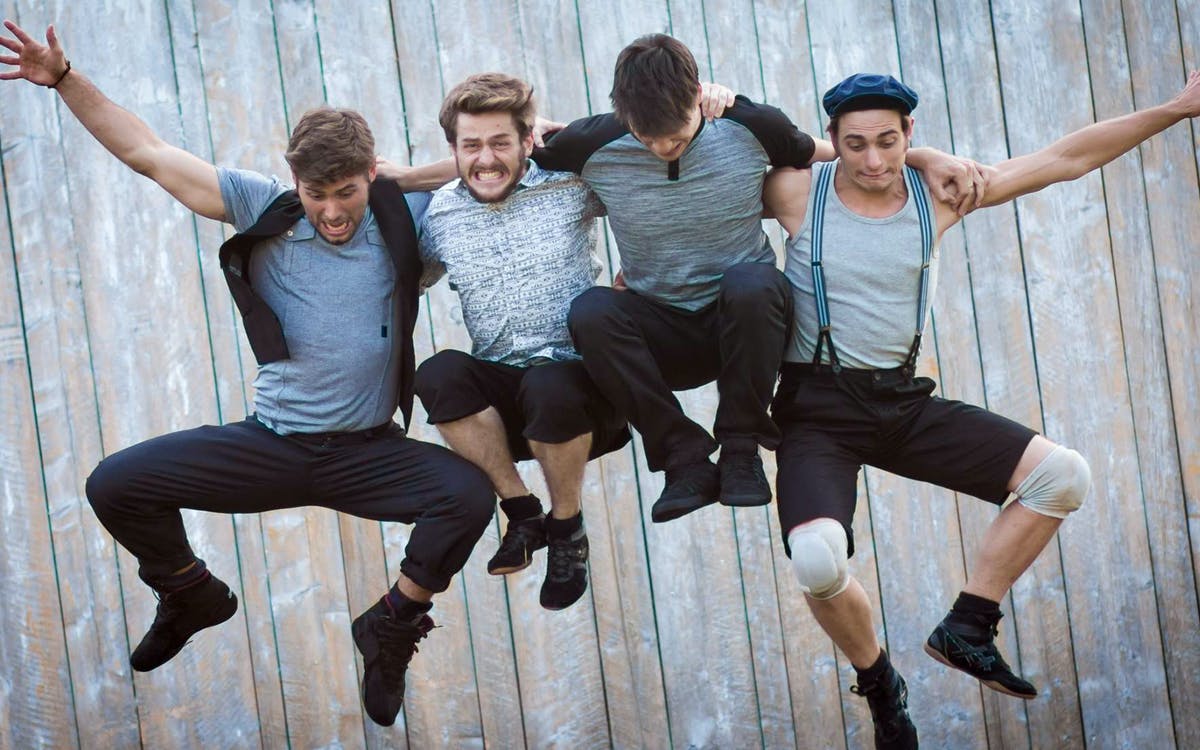 Filled with classic juggling clubs, unicycles, and mind-blowing acrobatics, Machine de Cirque stops at nothing to present a breathtaking, radically new take on storytelling and circus!

why you should watch machine de cirque

Machine de Cirque was the brainchild of Vincent Dubé, a seasoned circus artist and engineer with over 20 years of experience. Founded in 2013, the Quebec-based company took two years to assemble a team of artists who could handle the acrobatic demands of this high-intensity show. Machine de Cirque is rooted in three basic principles - live music, theatrics, and ingenuity. Each of the performers have their own unique set of skills, which they present in a vast array of imaginative and awe-inspiring routines. There is a certain degree of comedy infused into the otherwise grim, post-apocalyptic setting of the show. The multi-level scaffold is a complex aggregation of ropes, pulleys, and movable platforms. Machine de Cirque is a brilliant amalgam of top-notch set design, magnificently executed stunts, and fitting live music!

The show is set in an unexplained post-apocalyptic world inhabited only by five co-workers. Throughout the show, they attempt to find others like them in a seemingly empty universe using all sorts of strange contraptions. Lebrasseur’s lively drum beats thunder through the auditorium as the company performs some of the most jaw-dropping stunts in circus history. Maxim Laurin begins with his trapeze act, swinging masterfully and even hanging upside down like a bat. Ugo Dario often breaks the fourth wall by playing a mime, using his fellow performers as inanimate objects such as chairs and tables. This is followed by a collection of beautifully-choreographed bicycle stunts by Yohann Trépanier. Raphaël Dubé enthralls audiences by riding a series of unicycles, each one absurdly taller than the last. The performers also take turns juggling clubs at lightning pace or launching one another high into the air with a teeter-totter. A hilarious bath towel routine serves as one of the final few acts of the performance.

“You’ll likely find yourself wearing a goofy smile as a quartet of high-spirited circus artists and one energetic percussionist team up to deliver an inspired performance of acrobatics and broad comedy.”
- Boston Globe

“Hugh Jackman may have played the greatest showman on film, but that title truly belongs to the five performers of Machine de Cirque.”
- Dart Critics

Please be on time - Latecomers may not be admitted if no suitable break is available during the performance.