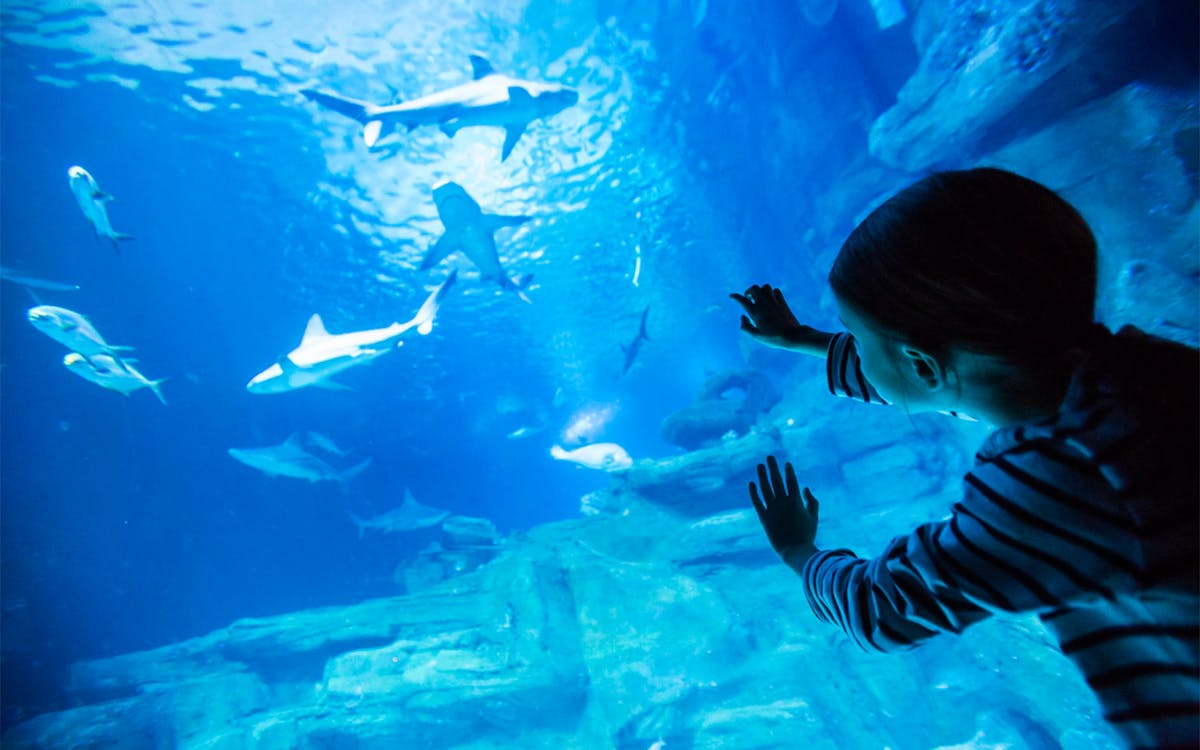 Discover the creatures of the deep blue sea, right in the heart of Paris!

If you're looking to do something offbeat in Paris, head over to the Paris Aquarium (also known as Cinéaqua). Built in 1867, it is one of the oldest aquariums in the world and is home to over 13,000 sea creatures that swim in 4 million liters of water. The attraction also features mermaid shows, an aquatic cinema, and a shark basin - all this, smack in the heart of Paris!

The tanks at the aquarium host life from both tropical regions, as well as those closer to home. For the latter, you'll get to see an entire section with carp, sturgeon, and roach in a recreation of the Seine River. There are also recreated versions of Tahiti and New Caledonia with vibrant-hued fish like angelfish, clownfish, and triggerfish jockey darting around corals. The highlight, however, has to be the sharks. There are four species of sharks that you can spot, bound to elicit nervous laughs and excited squeals from the audience.

There are also two large screens that show aquatic documentaries, a touch tank where you can stroke Koi fish, and live feeding demos to make it a magical day with your family.

The health pass is compulsory for all adults (18 years and over) and minors (from 12 years and 2 months) at the entrance to the Paris Aquarium.

Health pass = presentation, digital (via the TousAntiCovid application) or paper, of a health proof, among the following three:

The Paris Aquarium is accessible to visitors in wheelchairs by an external elevator, located to the left of the stairs of the main entrance. It allows you to go down to the reception. The tour is gently sloping, guaranteed without stairs, and equipped with accessible lifts. Moreover, GIG - GIC parking spaces are available near the Aquarium.