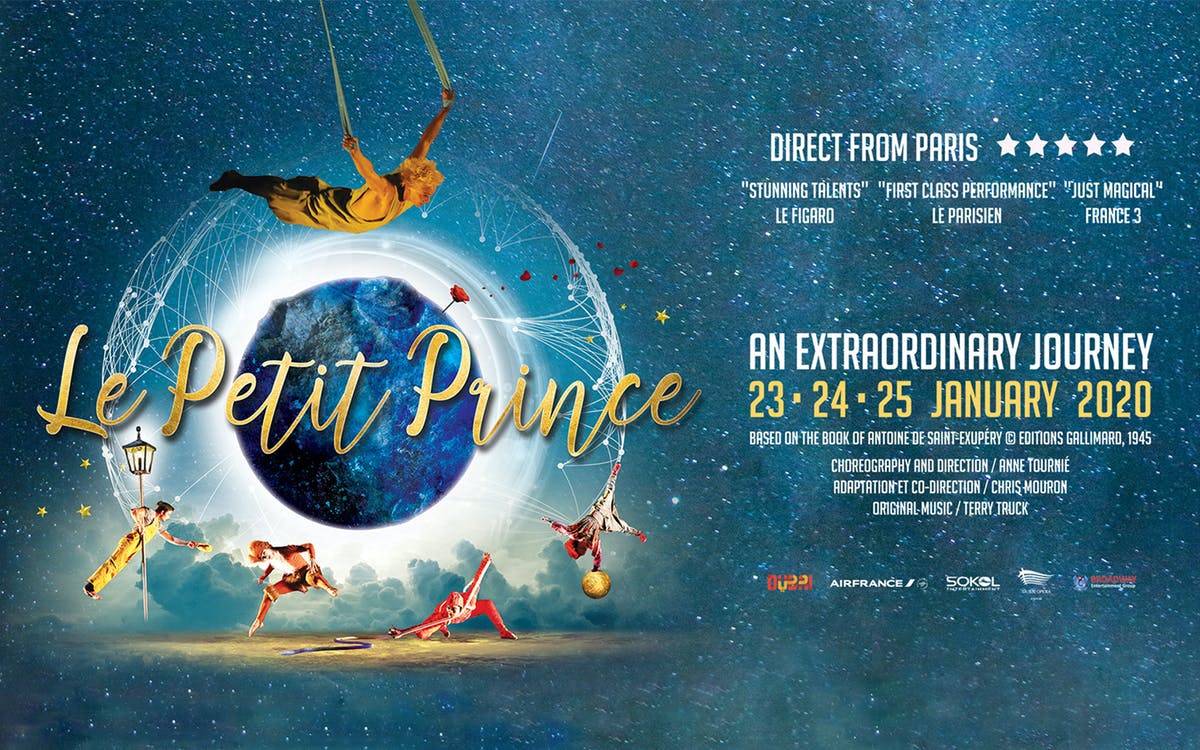 Watch a special immersive production of Le Petit Prince at the Dubai Opera this January, and get carried away by this whimsical but profound story about love and loss.

Le Petit Prince, or The Little Prince, is a short novella by Antoine de Saint-Exupery, the famed French aviator, and writer. The story, which is simplistically told but carries great meaning, follows the story of the narrator, a pilot who has crashed in the desert. He meets a little boy in the desert who claims to be a prince from a faraway planet. As the story unfolds, the Little Prince tells the narrator all about the many planets he visited and the many strange people who inhabit these planets. But is the little prince hiding something tragic? Does the narrator survive the desert? What happened to the rose?

Now, this exciting new production of the internationally bestselling book will bring the Little Prince’s cosmic and fantastic world with stunning sets, costumes, and video mapping technology, immersing audiences in an extraordinary journey through the heart of dance and new circus.

Rules and Regulations
Latecomers will be allowed inside the hall only during a break.
The door of the auditorium will be closed 5 minutes before the show commences.
The use of any camera recording devices is strictly prohibited inside the hall.
All Boxes are General Admission, with seating on a first-come, first-served basis. Seats cannot be reserved before arrival.

Your mobile tickets will be sent to your email. Please show the mobile voucher at the Ticket Redemption Point along with a valid photo ID to enter the Opera theatre.

Get off at Burj Khalifa station on the red line. Take the walkway from Sheikh Mohammed Bin Rashid Boulevard to Dubai Opera. Please note that walking time is approximately 25 minutes.

These tickets are valid for the date selected at the time of booking.