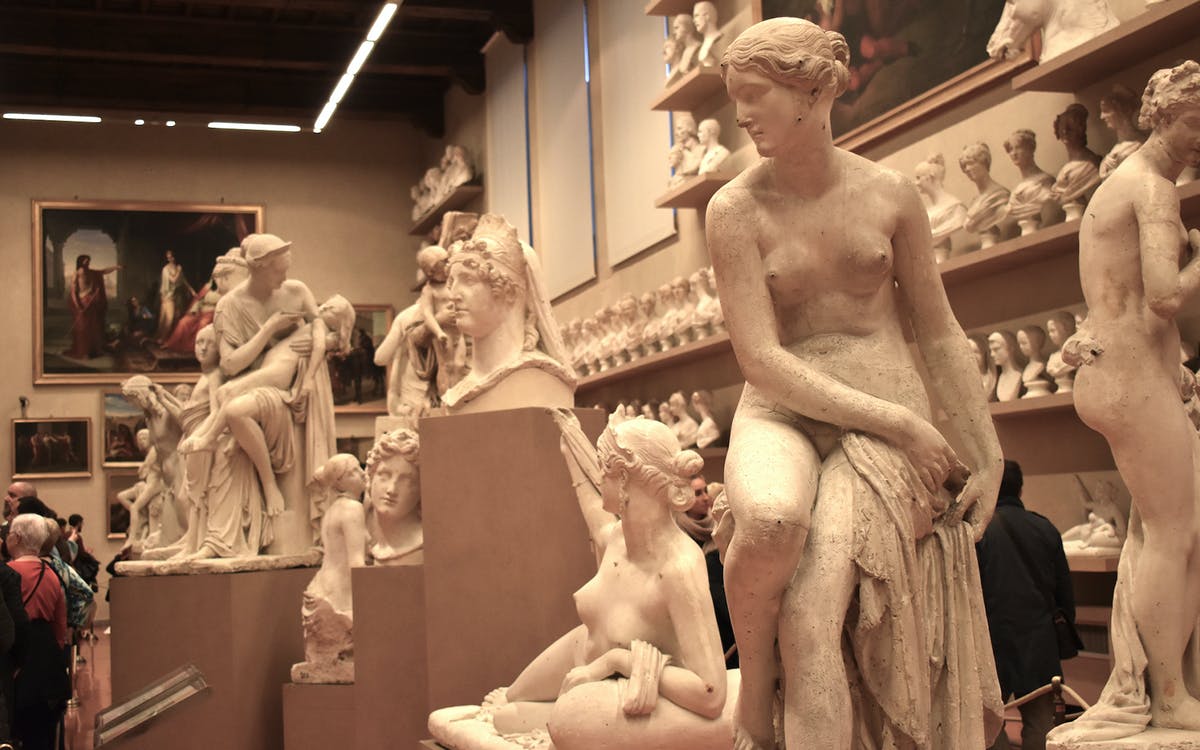 While on the minivan-guided tour, take in the breathtaking architecture of Florence.

Have this once-in-a-lifetime experience in this luxurious minivan tour which will start from the center of Florence. Your English-speaking driver will take you along the picturesque Viale dei Colli to Piazzale Michelangelo, where you can take in the magnificent view of the city which will take your breath away. The tour will begin in the old city center with a Guided Visit to the renowned Accademia Gallery, where you will be completely immersed in Michelangelo's art, learning about his most famous work, the "David," as well as other important masterpieces such as "I Prigioni," "San Matteo," and the "Palestrina Pietà."

Explore the beautiful San Lorenzo Church and the Duomo complex, which includes the San Giovanni Baptistery and the Porta del Paradiso bronze doors, and the Cathedral, which has the magnificent Brunelleschi Cupola and Giotto's bell tower. The trip continues through the bustling Via Calzaiuoli in the city's core, where you can see the magnificent and unique Orsanmichele Church, a Florentine gothic masterpiece. Then you'll arrive at the lively Mercato della Paglia (Straw Market), where you should rub the famed "porcellino" (pignose )'s and toss a penny into the fountain for good luck! Continue walking until you reach Piazza Signoria, one of the most magnificent squares in the world and the city's political heart. The exquisite Fountain of Neptune, with the imposing marble statue of Ammannati, and the sculptural treasures of the Loggia dei Lanzi, including Cellini's Perseus and Giambologna's Rape of the Sabines, will captivate you in this "open-air museum."

In the afternoon, take a guided tour of the Uffizi Gallery, one of the world's most famous art galleries. Many pieces of art by Botticelli, Michelangelo, Leonardo da Vinci, Raffaello, Giotto, Cimabue, Masaccio, and others may be found here. Among the Gallery's priceless exhibition rooms, the most recognized one houses Botticelli's polished works, including the absolute masterpieces "Primavera" and "Birth of Venus." The museum's icon, the latter picture, depicts the metaphor of the goddess's birth from the sea foam and embodies the ideal of beauty as an expression of purity and spiritual quality, which is typical of Renaissance Neoplatonic aesthetics. The guided tour concludes at the Uffizi Terrace, where you can take in an incredible and unique view of the city's most famous landmarks. It is possible to stay in the museum after the guided tour has ended.