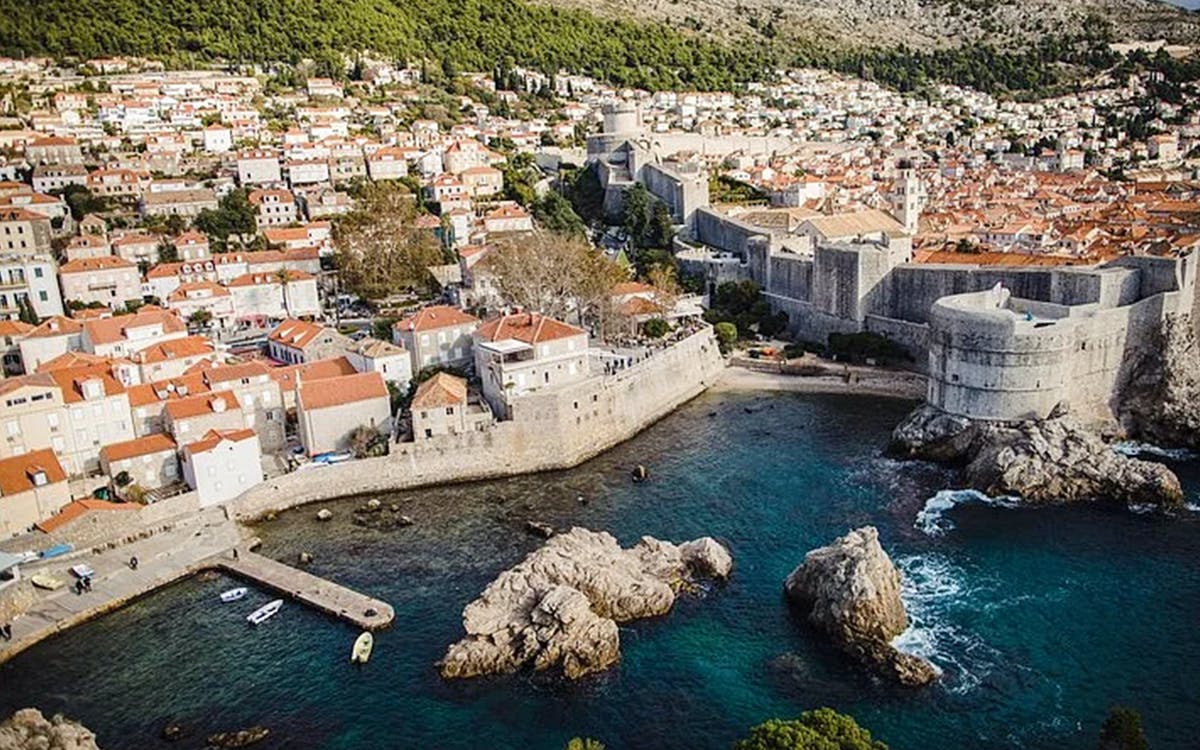 Through this guided walking tour, discover the glorious stories behind the City Walls surrounding the Dubrovnik Old Town.

A guided three-hour walking tour of the city walls is the best way to learn about the history and life in Dubrovnik in the medieval era. Your tour begins from the Old Town of the city and then moves to the main attraction of the trip – the City Walls. On the way to the City Walls, delight in some regal sights of the Old Town such as Sponza Palace and Orlando’s Column. As you reach the Walls – which stand at a height of 25 meters – you’ll get a chance to uncover the hidden history of these defensive walls which once protected the city from pirates, wars, and foreign invaders. You’ll also get to know why it’s considered a UNESCO World Heritage-listed site.

The City Walls, with their impressive watchtowers and dramatic facade, deserve the star status of the most popular tourist attractions of Dubrovnik. Constructed mainly during the 12th to 17th centuries, the City Walls have been preserved in their original form as much as possible. On your walking tour to the site, you’ll find yourself lost in the magnificent terracotta roofs and narrow streets that adorn the Old City and soak up in the beauty of the Adriatic sea.