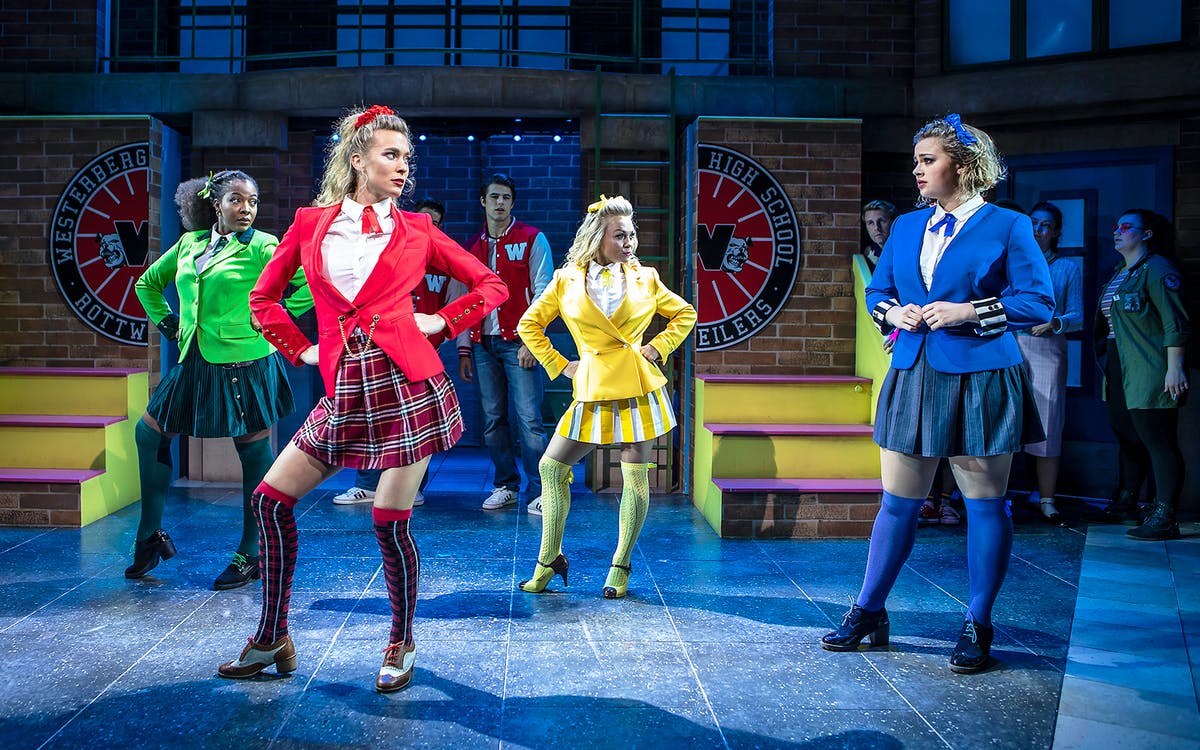 Revel in a hilarious musical and teen drama that takes you into the uncanny world of Westerburg High!

why watch heathers the musical

Set to run for a limited 12 weeks at the West End this season, ‘Heathers The Musical' is loosely based on the cult classic 1980s Winona Ryder Film Heathers. At its core, this production is a lighthearted musical set in a school called Westberg High. Veronica Sawyer is a not-so-popular girl who dreams of impressing her peers and being the center of attention. When she meets a trio of girls, all named Heather, she begins to drink, attend parties, and dance. She then falls in with JD, a new kid at school with a mysterious aura. Has Veronica gone too far in her quest to become popular?

The hilarious setting is made all the more upbeat by the memorable lyrics of Kevin Murphy and Laurence O’Keefe in songs such as ‘Seventeen’ and ‘Candy Store’. The show is an absolute treat for teenage audiences and fans of the original film that inspired it. Heathers the Musical is choreographed by Gary Lloyd and directed by the famous American film director, screenwriter, and producer Andy Fickman.

“Andy Fickman and his creative team have translated the film’s sly satire into the bold language of musical comedy.” – Variety

“I laughed, witnessed some top-class performances, and woke up singing the songs.” – London Theatre


Duration
2 hrs 30 min (including one interval)

Seating
The Other Palace has a seating capacity of 432

Special Note
The show is recommended only for ages 14 and above due to the presence of strong language and sexual themes. All children under 14 must compulsorily be accompanied by an adult. Audiences are also advised to note that the show contains sudden loud noises and strobe lighting.

You will get an e-mail confirmation with your Heathers The Musical voucher. Please display the same on your mobile phone with a valid photo ID.