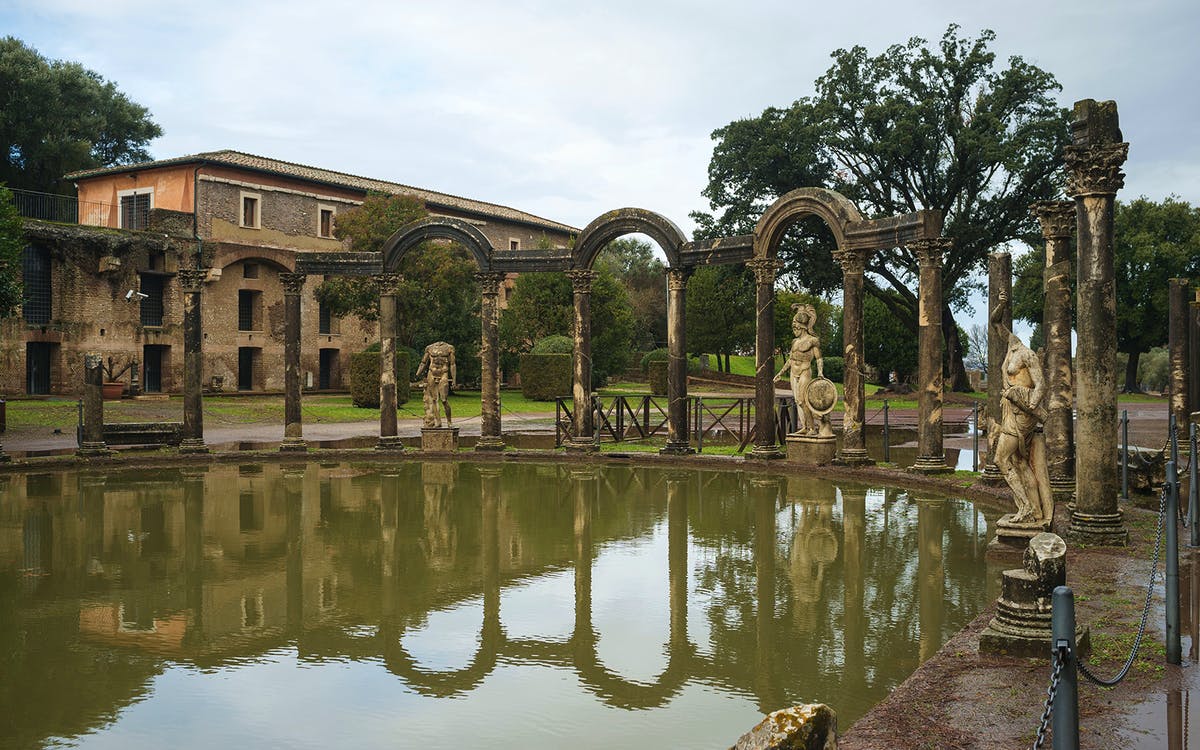 Step back in time and visit the ruins of Emperor Hadrian's lavish retreat. The emperor made it his official residence in around 128 AD and governed Rome from here, on the outskirts of the city. With pools, steam baths, fountains, and gardens, the Villa Adriana is said to combine elements of the architectural heritage of Egypt, Greece, and Rome, making it the form of an 'ideal city.'

Encircled by an immense park, this collection of classical buildings spans over 80 hectares and has, apart from its ancient Roman ruins, spas and houses from the 1700s. A key highlight during your visit includes the Teatro Marittimo, an artificial island that was a private residence of the emperor. You'll also see Canopo, an enormous rectangular pool encircled by sculptures, and the tomb - or perhaps temple - believed to have been built by Hadrian in honor of his lover Antinous, after he drowned in Egypt.

Note: Entry is free on the first Sunday of each month.