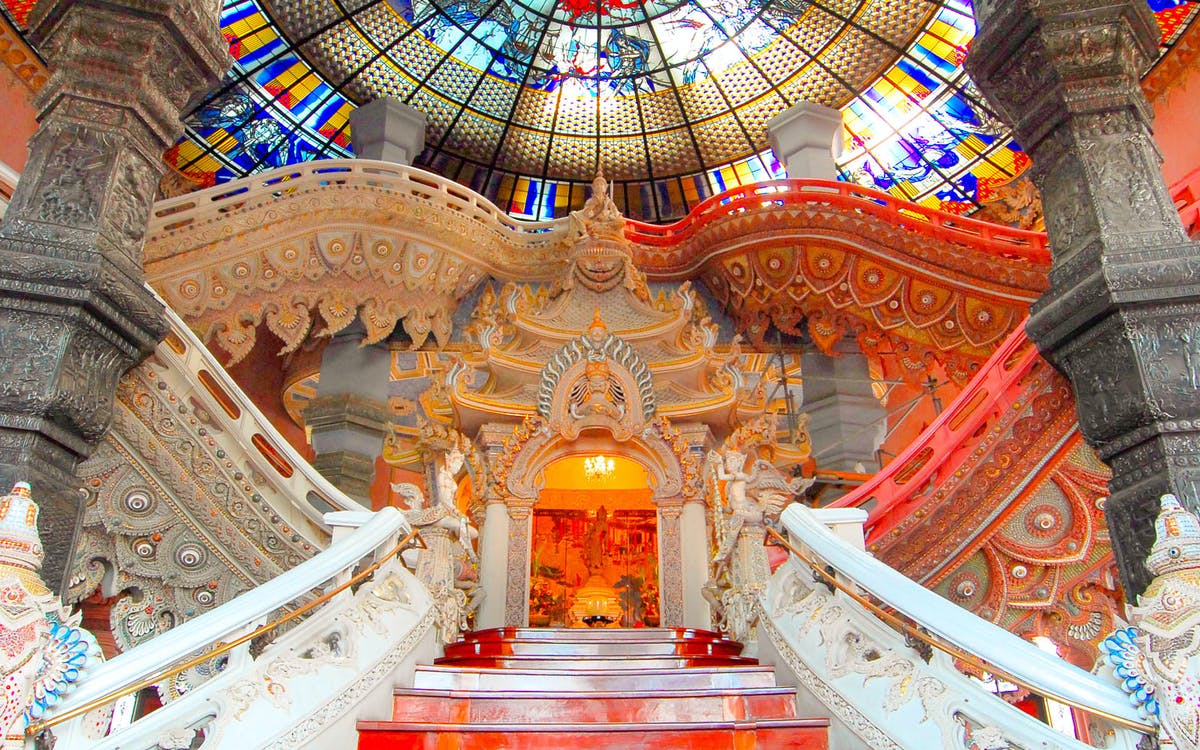 Erawan, a white elephant with 33 heads is a revered character in sacred Hindu folklore. According to Aryan Legends, Erawan served as the Hindu God Indra’s mount on his journeys across heaven and earth. The Lord of all Elephants, moreover, is a symbol of Indra himself, denoting virtuous action and prosperity. For artistic purposes alone, the Erawan Museum occupies a massive 3-headed elephant instead of 33. Comprising of three levels representing the Underworld, Earth, and Heaven, the museum displays rare eastern antiques, religious iconography, and psychedelic decor.

Start at the Suvannabhumi level and discover rare treasures consisting of Chinese porcelain, Chakri Dynasty tea sets, and Benjarong ceramics. The Earth section represents Mount Meru, believed to be the center of the universe and displays technicolored walls rich in artistic exuberance. On top of it all stands the Tavatimsa Heaven, where ideas and art-forms fuse together in a series of images depicting Buddha. After exploring the surrealistic displays, you can take a walk along the museum’s lush gardens.

Things To Keep In Mind

Children under 6 enter for free. Children aged 6 - 14 enjoy reduced prices on their tickets.

These tickets are valid for the date chosen during booking.