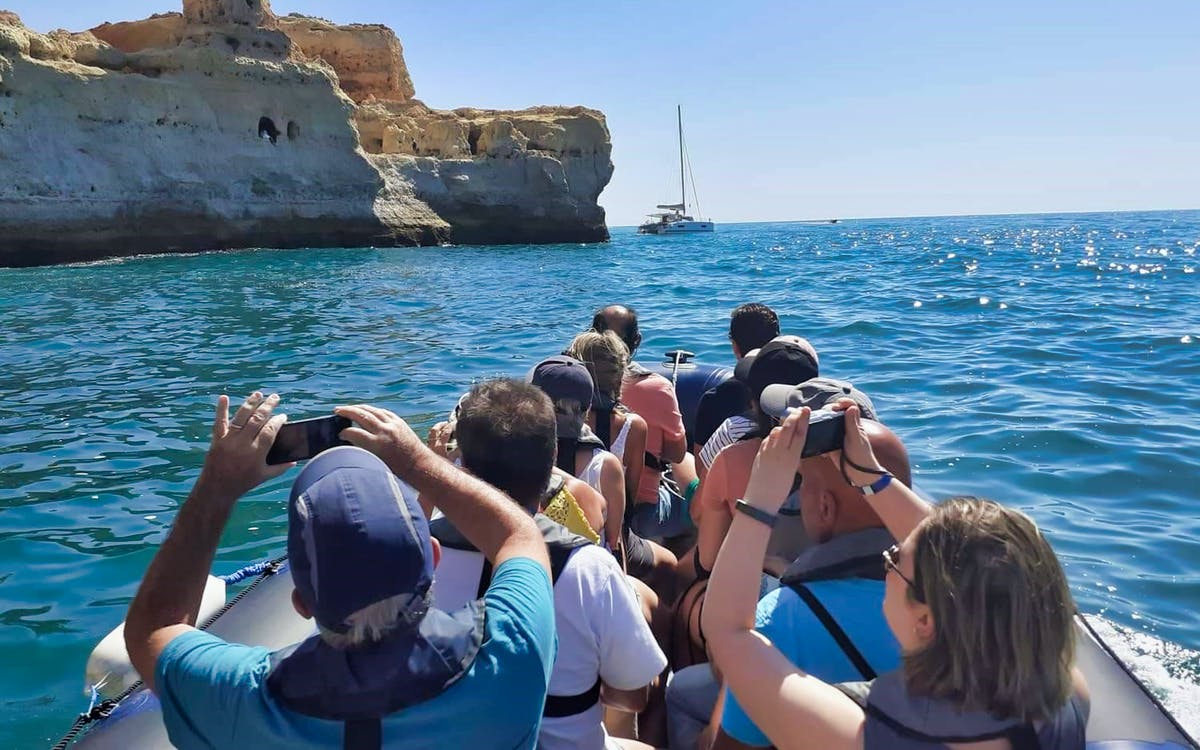 Journey to the spectacular Benagil Sea Cave on a boat tour from Portimão. Catch sight of a fort, a castle, and a fishing village along this magical stretch of the Algarve coast.

Hop on a boat and set sail for the picturesque Algarve coastline, to the Benagil Sea Cave. This is the longest boat trip from Portimão. Explore the wonderful Navy Beach (Praia da Marinha), stop for a swim, and maybe see some dolphins. Continue southwest, past the lighthouse of Ferragudo, a charming fishing town on the eastern side of the Arada River. Travel through its narrow streets until you reach Ferragudo Church, located on the hilltop.

See the beach of Caneiros bordered by cliffs, as well as the Roman Tower and Smugglers' Cave. Admire the stunning rock formations of Algar Seco and dive into the natural pool, a result of thousands of years of erosion. See Praia Vale de Centianes and visit the cave of Benagil, recently declared to be the most beautiful natural cave in the world. Through narrow or wide openings explore the dark or colorful shimmering, cathedral-like vaults. A further stop along the coast includes the Fort of Santa Catarina, in Praia da Rocha. It was built to defend the peninsula from pirates and privateers, as well as military invasions.