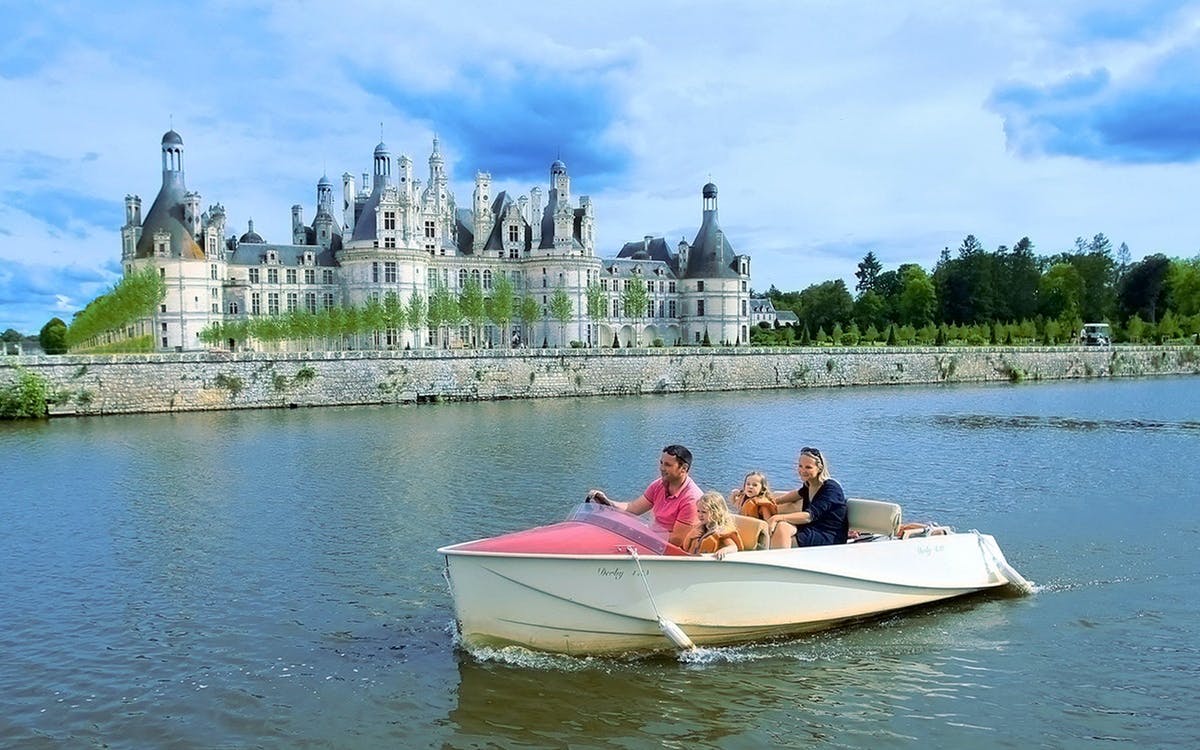 Save big on ticket prices as you visit three legendary French castles, Chambord, Chenonceau, and Azay-le-Rideau, with a single combo ticket.

King François I built the Château de Chambord after his victory in the Battle of Marignan in 1515. It was constructed not as a residence, but as the symbol of his power and the French Renaissance. The castle is located inside an enormous park of 5,000 hectares and contains about 400 rooms, over 80 staircases, 365 fireplaces, and plenty of towers, high ceilings and pointed domes.

A major highlight of your visit here would be the famous double helix staircase. Inspired by Leonardo da Vinci, the open staircase is designed in a way that you can go up one side without meeting or making eye contact with someone who is descending on the other side! Your ticket also gives you access to more than 60 rooms open to the public and to temporary exhibitions (according to the cultural program of the time). Moreover, you can explore the castle's grand gardens, home to a vivid range of flora and fauna, at your own pace.

Visit Château Chenonceau, an elegant white castle built on the piers of an old mill in the famous Loire Valley region. Chenonceau is a stunning representation of late Gothic and early Renaissance architecture, featuring a long gallery bridge that spans over the Cher river.

Also known as the “Ladies’ Château” because of the notorious women who built, decorated, restored and maintained it throughout the centuries, Chenonceau boasts a fascinating royal history that dates back to the 13th century. Feel like true royalty as you stroll through the castles’ rooms, which are lavishly decorated with exquisite tapestries, paintings, and furniture. Round off your visit with a walk through the extensive royal gardens alongside the Cher river, featuring a maze, a 16th-century farm, a carriage gallery, and a vegetable and flower garden.

The Château d’Azay-le-Rideau is a fine example of the blend of 16th-century French architectural styles in the beautiful Loire Valley. The castle is surrounded by 8 hectares of English-style gardens and looks like something straight out of a fairy tale.

Resting atop its own island in the Indre River, this legendary château has been here since the reign of Francis I. It was built between 1518 and 1527 and has recently gone through a major restoration to reinstate its slate roofing and early 16th-century framework. While you’re here, check out the castle’s richly furnished rooms, the intricately decorated staircase, and the stunning ceiling decorations. Outside, stroll through the 19th-century English-style gardens and wait for a bluebird to land on your shoulder.

The last admission is half an hour before the closing time.