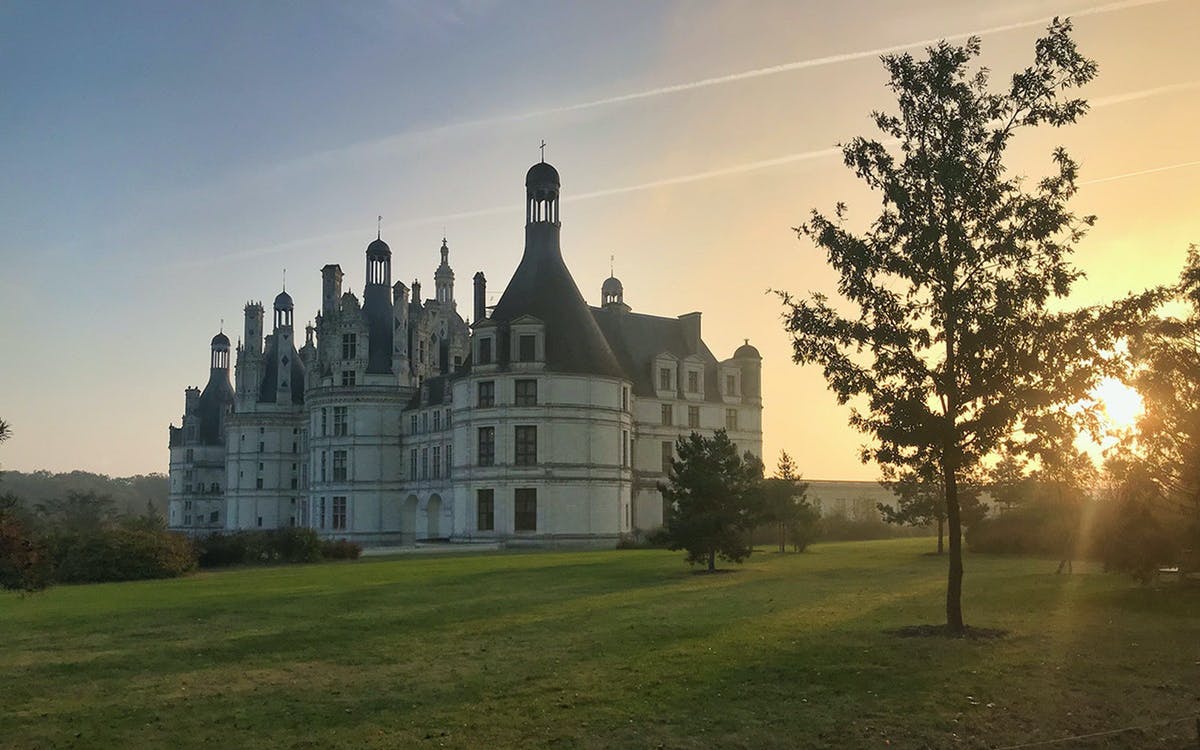 King François I built the Château de Chambord after his victory in the Battle of Marignan in 1515. It was constructed not as a residence, but as the symbol of his power and the French Renaissance. The castle is located inside an enormous park of 5,000 hectares and contains about 400 rooms, over 80 staircases, 365 fireplaces, and plenty of towers, high ceilings and pointed domes.

A major highlight of your visit here would be the famous double helix staircase. Inspired by Leonardo da Vinci, the open staircase is designed in a way that you can go up one side without meeting or making eye contact with someone who is descending on the other side! Your ticket also gives you access to more than 60 rooms open to the public and to temporary exhibitions (according to the cultural program of the time). Moreover, you can explore the castle's grand gardens, home to a vivid range of flora and fauna, at your own pace.

Visit Château Chenonceau, an elegant white castle built on the piers of an old mill in the famous Loire Valley region. Chenonceau is a stunning representation of late Gothic and early Renaissance architecture, featuring a long gallery bridge that spans over the Cher river.

Also known as the “Ladies’ Château” because of the notorious women who built, decorated, restored and maintained it throughout the centuries, Chenonceau boasts a fascinating royal history that dates back to the 13th century. Feel like true royalty as you stroll through the castles’ rooms, which are lavishly decorated with exquisite tapestries, paintings, and furniture. Round off your visit with a walk through the extensive royal gardens alongside the Cher river, featuring a maze, a 16th-century farm, a carriage gallery, and a vegetable and flower garden.

Inside, you will discover the famed Apocalypse tapestry. At 140m in length, it is the largest woven work of medieval art and depicts the historical, social, and political context of the 14th century in France – the time of the Hundred Years War, plague, and famine. It took seven years to complete and its six-meter-high panels, which depict 90 scenes, are beautifully lit in a well-lit gallery. Stroll through the rest of the fortress and admire the residential buildings and carefully tended gardens that grow in the now dried-up moats. While you’re here, don’t miss the chance to walk along the ramparts of the château to get a panoramic view of Angers.

The last admission is half an hour before the closing time.

Ages 18 and under, and EU citizens under 26 go free (carry a valid photo ID).