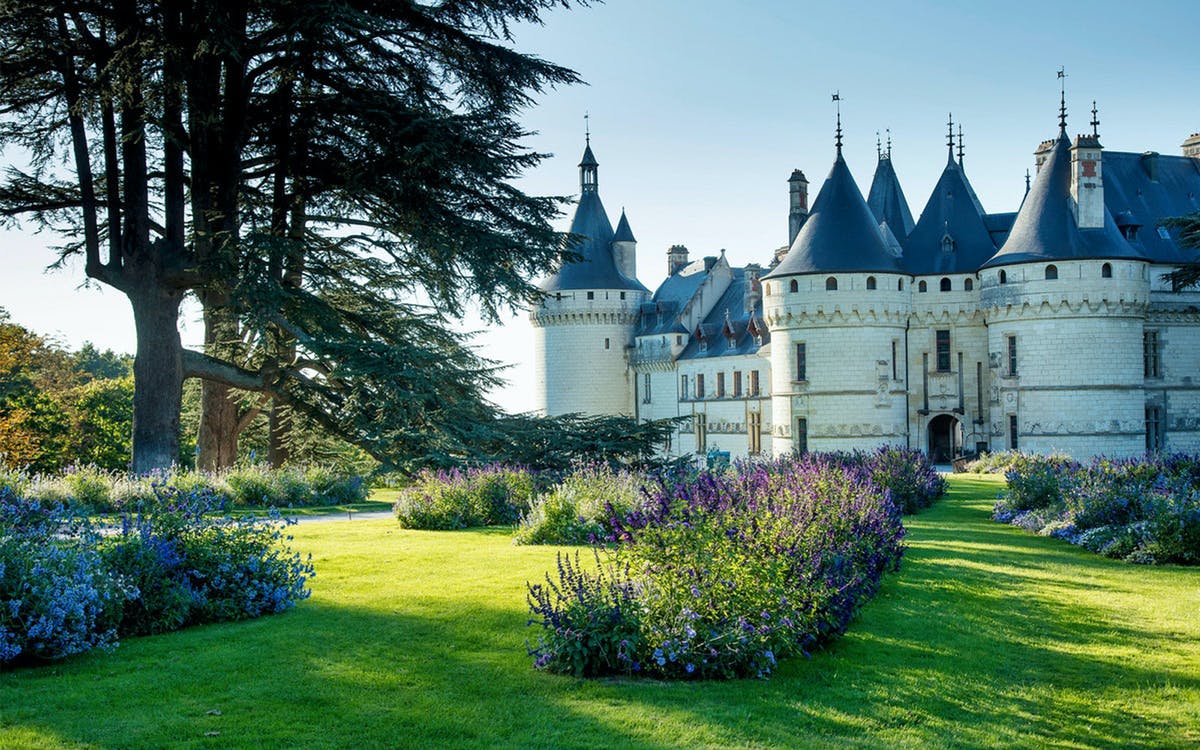 A visit to the Loire Valley is incomplete without seeing some of its beautiful castles. Book this super-saver combo and get access to Château de Chambord, Domaine du Château de Chaumont-sur-Loire and Chenonceau!

Picture an elegant white castle built on the piers of an old mill in the Loire Valley region. That is what the Chenonceau castle is in real life! Often referred to as the “Ladies’ Château” because of the notorious women who built and maintained it throughout the centuries, Chenonceau boasts a fascinating royal history that dates back to the 13th century. Stroll through the castles’ rooms and admire the exquisite tapestries, paintings, and furniture. See the guard’s room, the Chapel with its stunning stained glass windows, and the royal bedrooms, study, library, and kitchens. The gallery has a magnificent ballroom with 18 floor-to-ceiling windows and a slate-tile floor. Don't miss out on walking through the extensive royal gardens alongside the Cher river, featuring a maze, a 16th-century farm, a carriage gallery, and a vegetable and flower garden.

Burned to the ground by King Louis XI in the 15th century, the castle changed hands from Catherine de Medici to Diane de Poitiers in the 16th century. During your visit, you will get to admire the beautifully furnished rooms, the grand spiral staircase, and several works of art on display. The most impressive feature of the chateau is the stunning view over the Loire from the terraces. Another highlight is the stables. Prince Amédée de Broglie is credited for upgrading it with running water and electric lamps at a time when even the grandest chateau had none. There is also the International Garden Festival that takes place every year. It brings together garden designers from all over the world to use their imagination to create a garden based on the annual theme. In 2021, the theme is “Ideal Garden”. It is open from April 21 to November 6, 2022. In March 2022, there is an opening of a new space in the château: the 3rd floor of the east wing will host the artist Davide Qualoya for a digital exhibition.

King François I built the Château de Chambord after his victory in the Battle of Marignan in 1515. It was constructed not as a residence, but as the symbol of his power and the French Renaissance. The castle is located inside an enormous park of 5,000 hectares and contains about 400 rooms, over 80 staircases, 365 fireplaces, and plenty of towers, high ceilings, and pointed domes. A major highlight of your visit here would be the famous double helix staircase. Inspired by Leonardo da Vinci, the open staircase is designed in a way that you can go up one side without meeting or making eye contact with someone who is descending on the other side! Your ticket also gives you access to more than 60 rooms open to the public and to temporary exhibitions (according to the cultural program of the time). Moreover, you can explore the castle's grand gardens, home to a vivid range of flora and fauna, at your own pace.