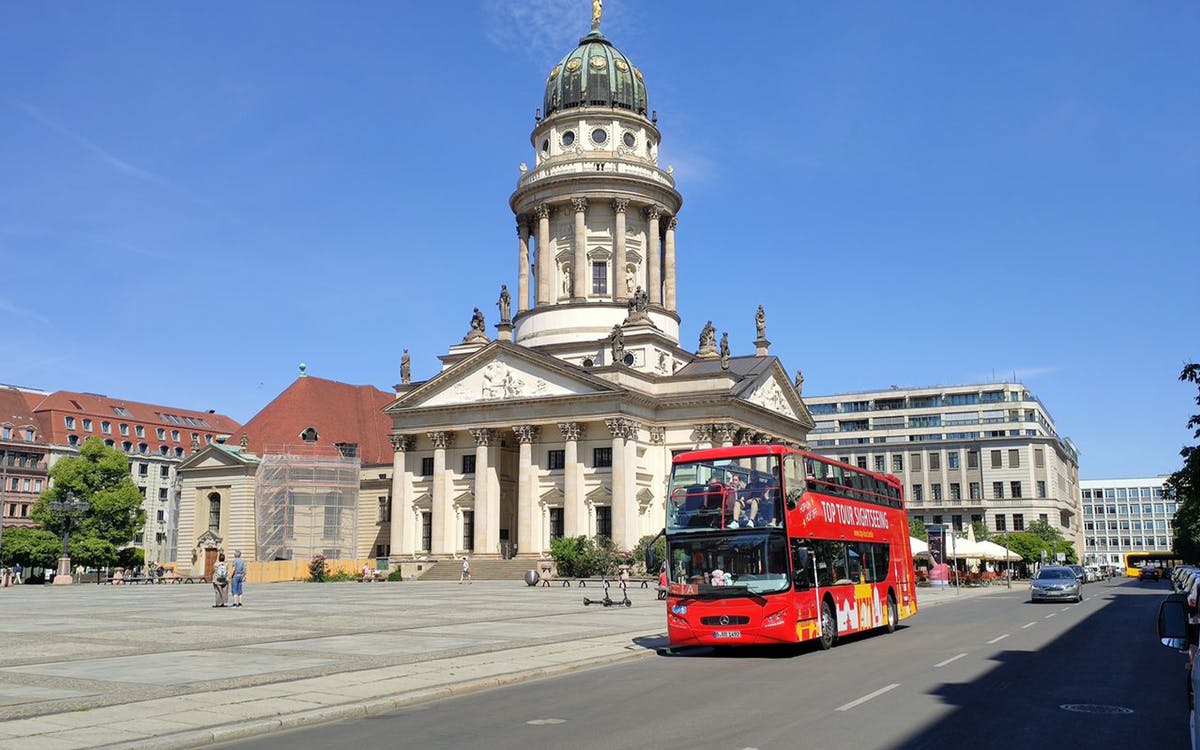 This hop-on hop-off ticket is easy and convenient to use. Valid for a duration of 24 hours, you're welcome to join at any of the marked stations throughout the city!

why you should get on board

Experience the best of Berlin for an entire day, at your leisure, as you hop on and off at any stop on the way. Along the way, plug in your headphones and enjoy the commentary of the multi-lingual audio guide.

The route takes you from the former West Berlin center Kurfürstendamm to Kaufhaus des Westens (KaDeWE, the largest department store in Europe), towards the embassies. Up next, part of the former inner-German border, you arrive at Postdamer Platz and Checkpoint Charlie. The latter was the setting for many a James Bond novel and is a reminder of the former border crossing, the Cold War, and the partition of Berlin.

Continue onwards to Gendarmenmarkt, one of Berlin's most beautiful squares before making your way to Alexanderplatz, the city's eastern center, and an important transport junction. See here the Red Town Hall, Neptune Fountain, and the TV Tower. The bus will then move on to Karl-Marx-Allee (Stalin-Allee) to the East Side Gallery, before heading to Ostbahnhof, back to Neptunbrunnen (the Neptune Fountain). At this point, the tour starts getting historical again with a journey to the Unter den Linden. See the cathedral, the Berlin Palace, the State Opera, and Humboldt University. Shortly after the Holocaust Memorial, the bus will head to West Berlin again, where you can see Brandenburg Gate and the Reichstag.

Show your ticket to the hop-on-hop-off bus that stops at Kurfürstendamm 22, 10719 Berlin, Germany.

This ticket is valid for 24 hours from the date selected during checkout.