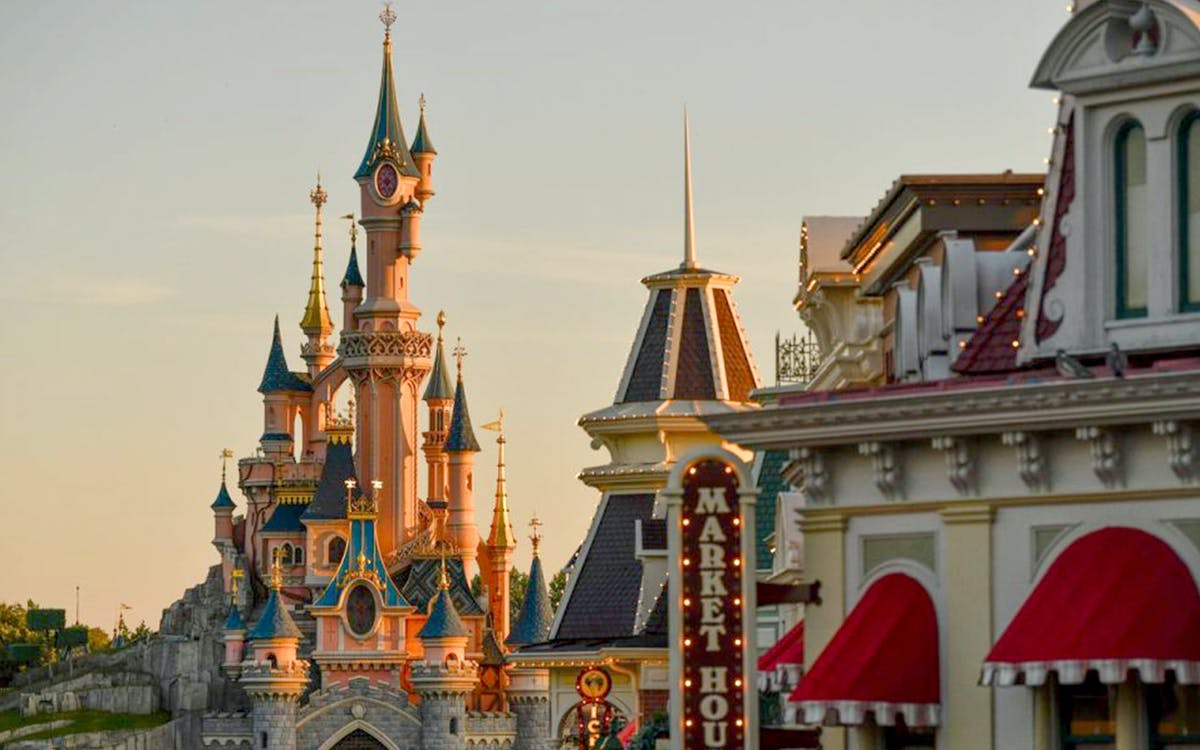 Enjoy a comfortable ride in the Disneyland® Paris Shuttle to the famed theme parks. Once you arrive, get access to all rides and attractions in Disneyland® Park and Walt Disney Studios® Park!

Your magical day will begin at your chosen pick-up point. From here, you'll drive to Disneyland® Paris in the official Disneyland® Paris Express shuttle bus. After your convenient transfer, you'll have the luxury of choosing which theme park you want to visit first!

Known for its enchanting recreations of the most iconic characters and moments in visual history, Disneyland® Park will take you back to your childhood. There's something for everyone at the park. To feel your adrenaline rush, head to rides like Big Thunder Mountain, Buzz Light Year Lazer Blast, Indiana Jones™ and the Temple of Peril, and many others! Don't miss out on the live Lion King Show that recreates scenes from the original movie through a spectacle of drama and music. Grab a snack to energize and hydrate from over 31 restaurants.

Live the movies you grew up watching from Disney and Pixar at the Walt Disney Studios® Park. Meet and greet your favorite superheroes - whether it's Spiderman or Thor, you're getting the perfect opportunity for a Kodak moment! Go on an underwater adventure at the Crush roller coaster, a Finding Nemo-themed ride. Race against time with Remy from Ratatouille in a 4D kitchen rat race. Depending on the season, you'll also get to enjoy breathtaking seasonally-themed shows and decor.

Get Directions to the Pick-Up Point 1

Get Directions to the Pick-Up Point 2

Get Directions to the Pick-Up Point 3

Get Directions to the Pick-Up Point 4