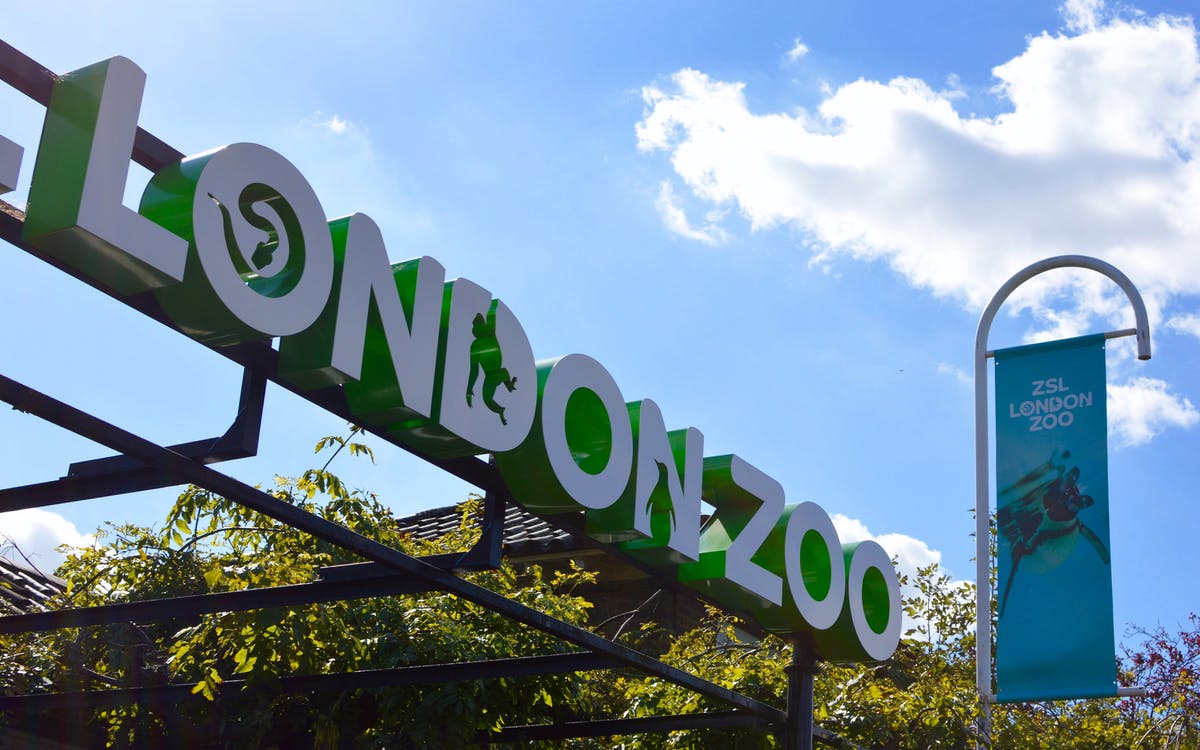 Gain entry to the London Zoo with a 10% discount over the window price. Marvel at the extraordinary exhibits that celebrate wildlife and the animal kingdom, like Gorilla Kingdom, Land of the Lions, Tiger Territory and many more!

Once you gain entry with your mobile voucher, head to one of the many exhibits and enclosures, built specifically to mimic the natural habitat of the animals so they thrive. There are over two dozen of these exhibits and, though they're all worth exploring, here are a few that you just ought not to miss!

The reptile house at the zoo was the first ever opened in London and houses the amazing collection of amphibians and reptiles the zoo has to offer. They range from massive crocodiles to tiny frogs, and from benign lizards to poisonous snakes, sure to make the hair on your neck stand up.

You don't have to go to the ends of the Earth to admire these adorable birds! The colony of Humboldt penguins live on a recreated beach landscape, resembling their native South American habitat, with a large pool that has viewing panels so you can admire the birds as they play and engage with each other underwater. Feeding time at this exhibit is nothing short of energetic with the penguins diving head first for their meal!

Walk into the Lion's Den at Land of the Lions

The Zoo's newest and most interactive exhibit features Indian themed areas like a train station, an ancient temple and guard hut that stretch across 2,500 sqm, transporting you to Sasan Gir, the home of the Asiatic lion. Here you can embark on a themed adventure, helping the forest rangers with a mock lion emergency set in the Gir forest and even help the veterinary team that comes to the rescue in the end. The exhibit is both educational and exciting, sure to leave you in awe.

Be Amazed by Western Lowland Gorillas

The Gorilla Kingdom exhibit houses both an African aviary and the colony western lowland gorillas at the zoo. The exhibit features a clearing, a private island and a gymnasium for the gorillas to play and interact with one another. Venture further in to see white colobus monkeys and white-naped mangabeys as well as other primates!

Step into the Nocturnal World at the Rainforest Life Exhibit

Aptly named, this exhibit is London's only living rainforest, hosting a variety of animals from monkeys and bats to the rarer sloths and tamandua, the lesser anteater, rainforest species all. The exhibit also has a "Night Life" area where you will leave behind the mellow London sun and step into the nocturnal world, inhabited by bats, rats and other creatures in the darkness!

It doesn't end there, though! The Zoo has plenty more to offer and a day here is spent easily!

- Your voucher will be emailed to you shortly.
- Please display this voucher on your mobile phone with a valid photo ID.
- If you have purchased reduced price tickets please show your valid photo ID proof for verification. Students must show their valid Student IDs.

By Tube: If you take the tube, then the closest Station is Camden Town Station. Exit the station on the right-hand side and walk along the Parkway. Walk till you reach Prince Albert Road and turn right and walk until the pedestrian controlled traffic light, cross left and walk over Regent's Canal footbridge. Take a right and the Zoo is located at 200 meters on the left-hand side.

By Bus: You can catch bus no. 88 from the Camden High Street (Stop CX) to Prince Albert Rd London Zoo (Stop C).

Missing any information?
Yes
No
This experience is unavailable
You'll be the first to know when these tickets are back online.
notify me
Awesome!We will notify you.
Why Headout?
Trusted platform used by 100K+ people, each month
Get the lowest prices and last minute availability
Discover and connect with 10,000+ experiences
Browse verified reviews and professional photographs
Have a question? Live chat with our experts 24/7
Other experiences similar to ZSL London Zoo: Admission Tickets
Free Cancellation
Museums
Madame Tussauds London Ticket
Instant Confirmation
4.5
(701)
from £33.50
Free Cancellation
Walking Tours
Warner Bros. Studio Tour London with Round-Trip Air-conditioned Transfers
Instant Confirmation
4.4
(1.6K)
from £84.60
Musicals
Wicked
Instant Confirmation
4.5
(2K)
from £23.40
Free Cancellation
Landmarks
Stonehenge Tickets with Audio Guide
Instant Confirmation
4.5
(1.4K)
from £20
Musicals
Mamma Mia!
Instant Confirmation
4.5
(2K)
from £18
The world on your tap!Get the Headout app to get tickets on your phone and access app-only deals. Talk about win-win.
We've served 15 million+ guests and we are here for you
15 million +Happy customers across 10,000+ experiences
4.4/55,000+ verified reviews with 90% excellent score
In the MediaFeatured and recommended by the best brands
24 x 7 Help CenterHave a question? Live chat with local experts anywhere, anytime
Headout is building the future of how we experience our cities.
Made with ❤️ all over the 🌎
Headout Inc.
82 Nassau St #60351 New York, NY 10038
Cities
New YorkLas VegasRomeParisLondonDubaiBarcelona+74 more
Headout
About UsHelpCareersTravel BlogCompany BlogCreator Partnerships
Partners
Join HeadoutSupply Partner HubAffiliates
© Headout Inc
Privacy PolicyTerms of Usage