4.7
26 Ratings
Free Cancellation
Show tickets on your phone
Skip the line and save time
2 hrs 30 mins

On this guided tour, you will visit the underground chambers of St. Peter's Basilica, the Necropolis or Scavi, and discover the secrets that lie hidden beneath the surface at the largest church in the world. The experience also includes a tour of St. Peter's Basilica, bringing you closer to the seat of Christianity and showing you some of the best works of art from the Italian Renaissance.

A church at the site of St. Peter's Basilica has been present since the 4th century. However, for centuries before that, the site was the location of a Roman cemetery where both pagan and Christian tombs existed. Positioned next to the northern end of the Circus of Nero and situated under the Vatican Grottoes, the Vatican Necropolis or the Scavi, is one of the best-kept secrets of the Vatican. It is here that the remains of St. Peter, the first Pope in Christianity, are buried.

Apart from being a center of religion, St. Peter's Basilica is also home to numerous works of Renaissance art. Some of the most popular works of art in the basilica are Michelangelo’s La Pietà sculpture, Bernini’s Baldachin, the statue of St. Peter, Pope John Paul II’s tomb as well as St Peter’s famous dome.

Your tour will begin at a designated meeting point inside St. Peter's Square. If you stand in St. Peter's Square and face St. Peter's Basilica, then the exact meeting point is located on the right-hand side of the square, outside the colonnade and in front of the Vatican Post Office. Here you will see your guide wearing a blue vest with the Vox Mundi logo printed on it. Be there 15 minutes before the beginning of your tour so you can find your guide with ease.

The tour then heads to the Necropolis. Your guide will lead you 10 meters underground, beneath the Vatican Grottoes and take you on a tour of the Scavi. Here you will find ancient Pagan and Christian tombs that are almost 2,000 years old. It is here that you will find the tomb of St. Peter, the patron saint.

After a tour of the Scavi, the tour will head back up to explore St. Peter's Basilica. Your guide will lead you through the church and show you all the major highlights. You will see classic Renaissance masterpieces such as Michelangelo’s Pieta, Bernini’s Chair of St. Peter and also have the chance to pay homage to the tomb of St. John Paul II. You will also visit the “Confessio” or “Chapel of the Confession”. Named after the confession of faith of St. Peter which led to his martyrdom, the Confessio is located immediately above the place of his burial.

The closest station to the Vatican is the Ottaviano-S. Pietro station. Line A of the Rome Metro stops at this station every few minutes. Your meeting point in St. Peter's Square is a 5-minute walk from this metro station.

Please be dressed appropriately. Sleeveless blouses, miniskirts, shorts, and hats are not permitted. Knees and shoulders MUST be covered for both men and women. Comfortable shoes are recommended. 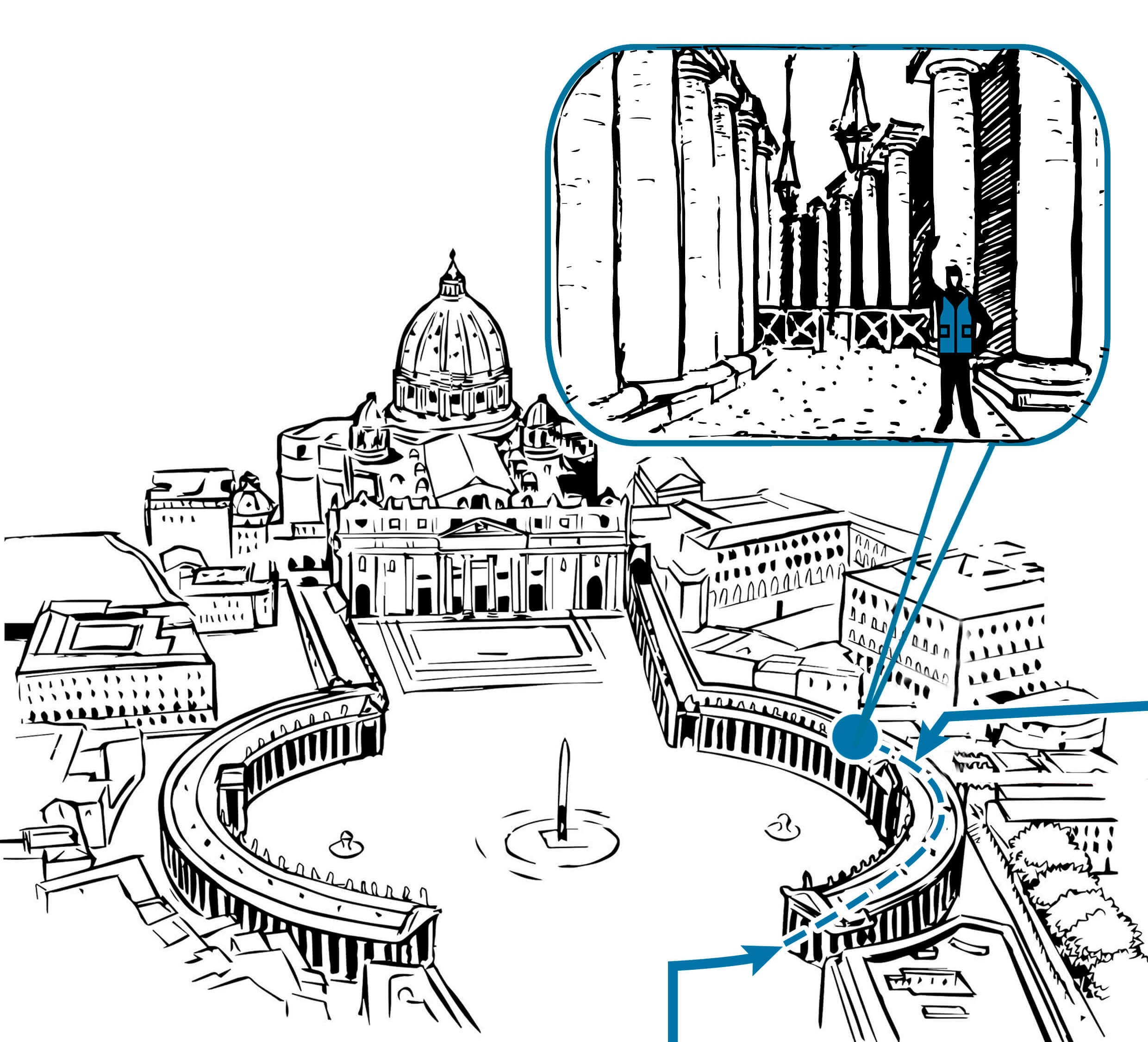