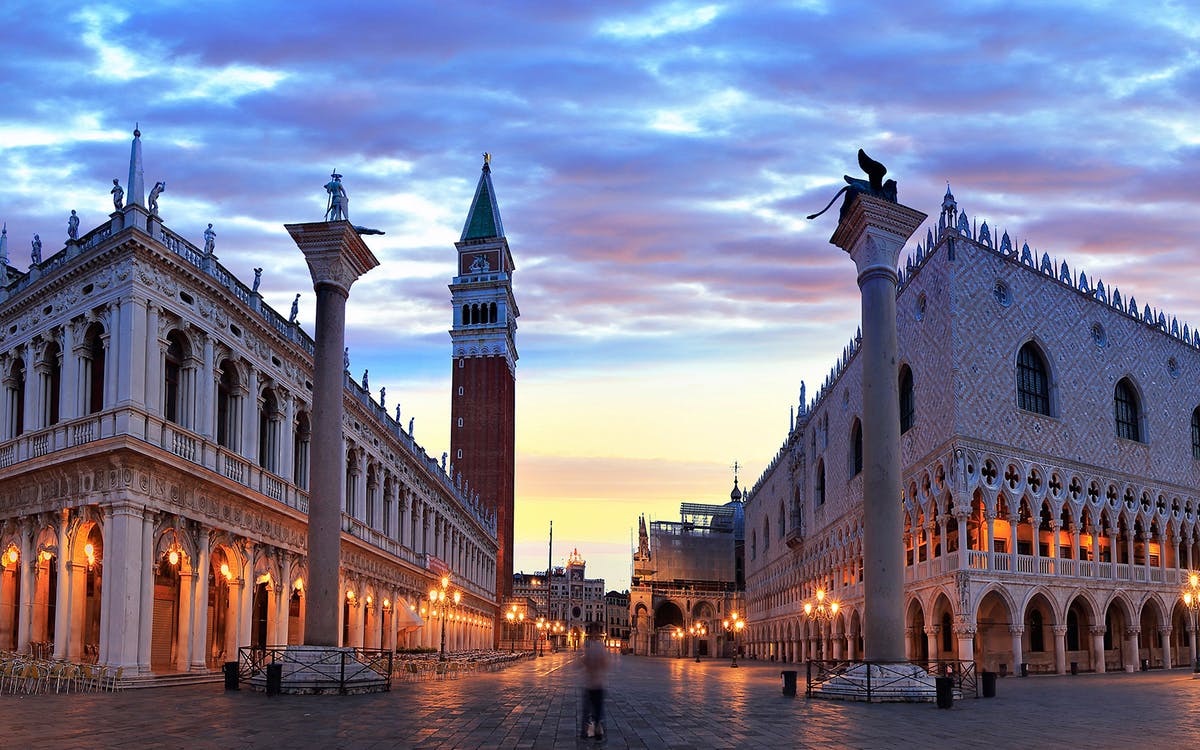 The Doge's Palace was founded after 812 in the monumental zone of Piazza San Marco. It is a masterpiece with a distinctive style inspired by Byzantine and Oriental architecture. The Doge's Palace and the New Prison are connected via a double passageway over one of Venice's most famous bridge, the Bridge of Sighs, so called because prisoners crossing the bridge would sigh at the prospect of seeing Venice for the last time.

The Royal Palace - today's Museo Correr, was once the seat of the highest dignitaries in Venice: the procurators. At the far end of the Square stood the Church of San Giminiano, demolished and rebuilt by Napoleon to make sumptuous salons. Since the Napoleon Kingdom of Italy (1805-1814), the Procuratie Nuove buildings were the Royal Palace, refurbished for Empress Elisabeth of Austria, this function continued to 1946. Today, in Museo Correr visitors can learn about the Venetian way of life through sculptures, paintings, libraries and discover secrets of Venice's naval power.

Timings
Tickets and guide can be redeemed between 9:30 AM to 7:00 PM

Getting There
By Public Vaporetto: Take line #1 and get off at the “SANTA MARIA DEL GIGLIO” stop. Once you get off the vaporetto, turn LEFT and go straight towards the Accademia. After few meters you are in Campo San Maurizio.

How to Use Your Tickets
You will receive your mobile voucher via email. No need to print.