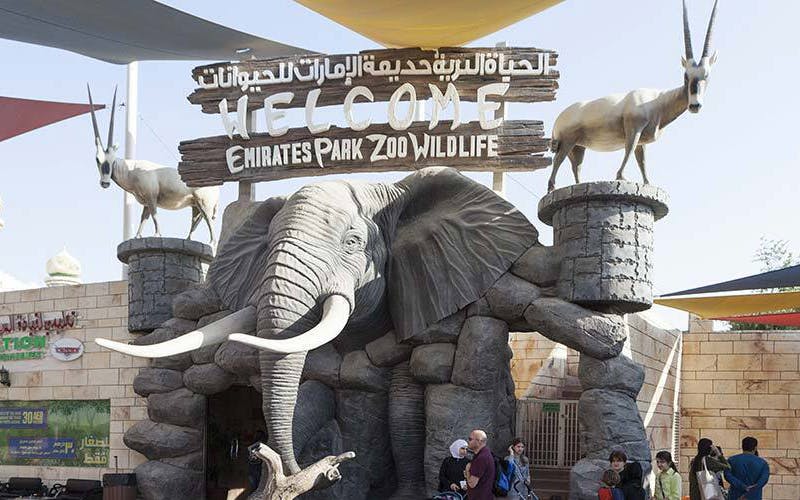 Spend a fun and adventure-packed family day out and explore nature and wildlife at Al Ain Zoo. Upgrade your ticket to include the safari!

Set in the foothills of the picturesque Jebel Hafeet Mountain, Al Ain Zoo is home to over 4,000 animals from across 200 wildlife species. Spanning 900 hectares, the zoo is massive and is well known for its nature and wildlife conservation efforts, thanks to tie-ups with the San Diego Zoo and the World Association of Zoos & Aquariums.

From the addax to the Arabian oryx and cheetahs, about 25% of the world’s endangered species have found a safe haven in Al Ain Zoo, as per the IUCN (International Union for Conservation of Nature) classification. There are plenty of experiences that you can check out here. A favorite of kids and grown-ups alike is the feeding sessions for penguins, budgies, and giraffes. You could also set out on a camel or pony ride and explore the zoo's lush landscape.

To really experience Al Ain Zoo, upgrade your ticket to include the Al Ain Safari. Covering 54.5 hectares, it is one of the world’s largest man-made safaris. Drive around with a team of passionate Emirati guides and admire wildlife like white rhinos, giraffes, African lions, antelopes, and the world's largest bird, the ostrich. This is your chance to see Africa’s greatest species in a largely unchecked environment that closely resembles a wild safari area in Africa.