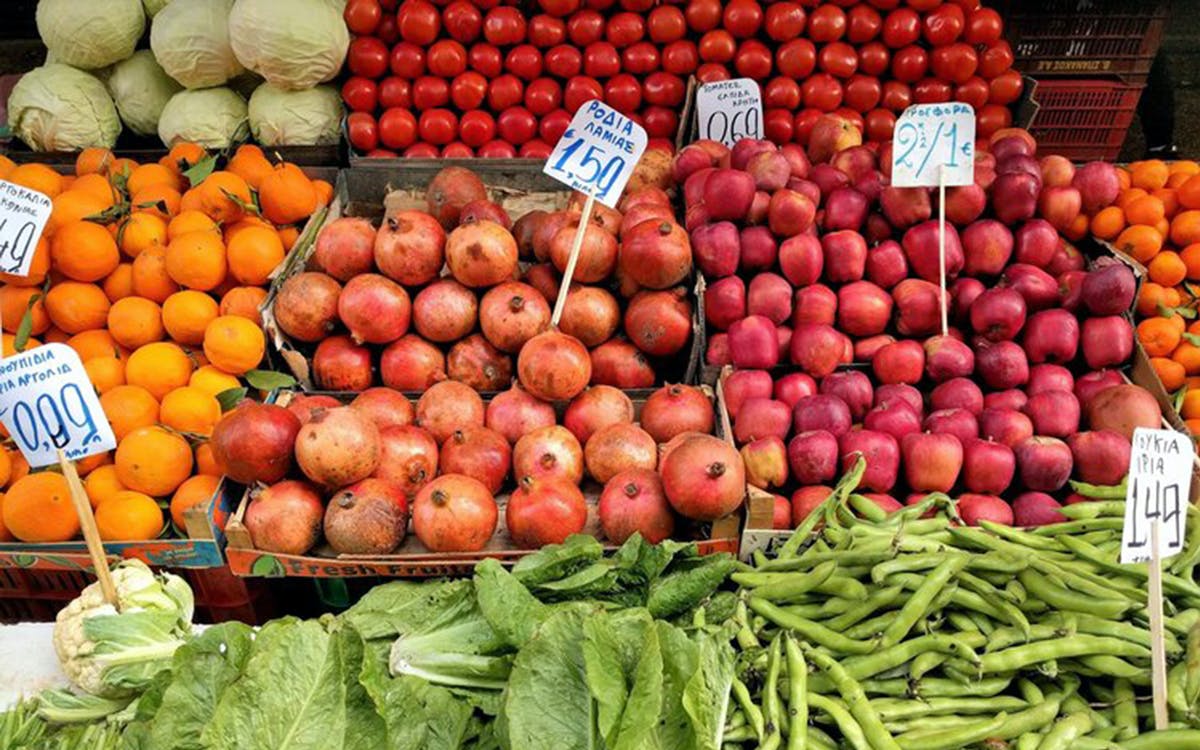 Learn about the basic ingredients that flavor the Greek cuisine, sample delicious snacks, and wander through Athens' food market on this guided tour.

If you have limited time in Athens and want to sample some of the most beloved Greek food and snacks, this tour is the perfect option.

Your tour begins with a food tasting workshop. Try the basics of Greek cuisine: olive oil, greek yogurt, and honey. Learn how these ingredients go back to the history and mythology of Greece. Learn of olive oil's nutritional value and how to preserve it. Get to know what gives Greek yogurt its healthy benefits, why it's world-famous, and sample it with some local honey (the best way to eat Greek yogurt according to the locals).

Sample tyropita, the famous Greek cheese-filled snack pie, and loukoumades, deep-fried dough balls covered in honey. Considered one of the oldest-recorded desserts, loukoumades trace back to the year 776 BC when they were served to winners as "honey tokens" in the first Olympic Games. Finally, you'll hit the central food market- the place to be. This place plays a major role in Athens' gastronomical scene. Breathe in the strong aroma of flavors, mingle with the locals, and buy yourself ingredients to take home with you.

Get Directions to the Meeting Point.