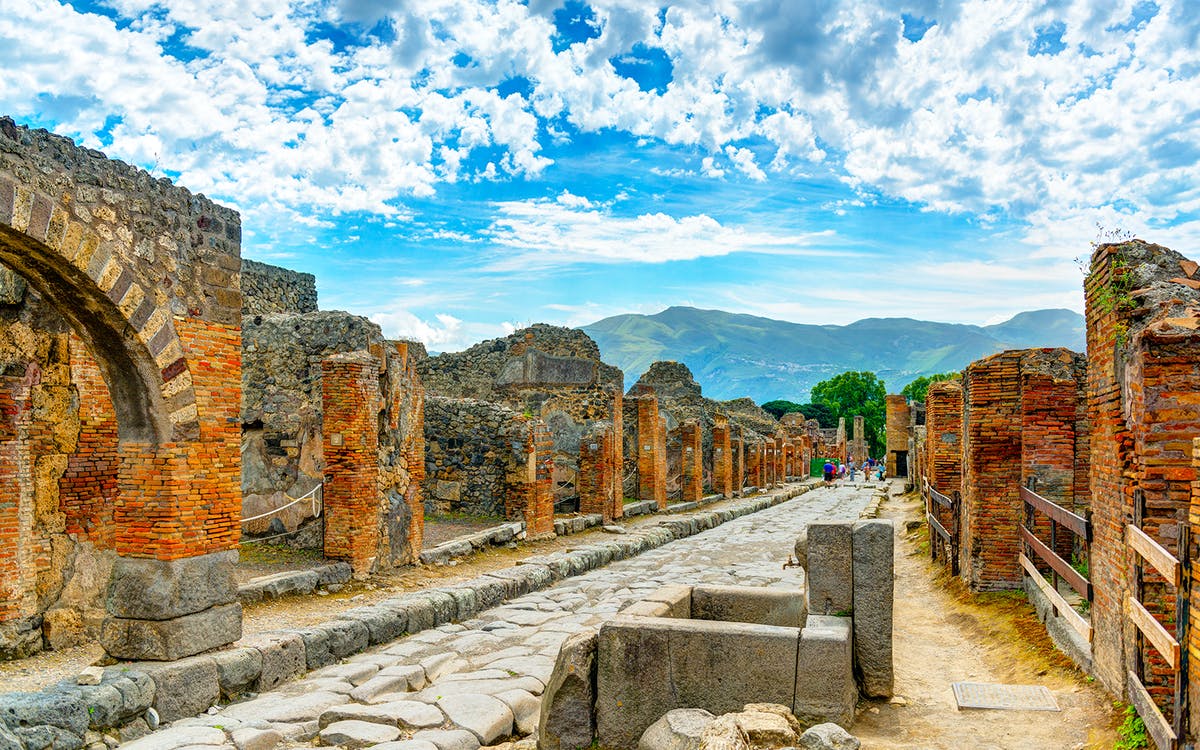 Explore one of the world's most significant archaeological sites, a thriving city laid to waste by the violent eruption of Mt Vesuvius 2,000 years ago.

The 79 AD eruption of Mt Vesuvius was as paradoxical as it was cataclysmic. On one hand, the volcano's fury mercilessly wiped out the entire population of nearby towns; but on the other, it gave the world one of history's most extensive and intact ruins of an ancient city. Today, Pompeii is deservedly one of the most visited sites in Italy.

Life in Pompeii perished in an instant when Vesuvius erupted with the force of 100,000 atom bombs. However, a blanket of superheated ash and a lack of moisture served to preserve the remains for thousands of years to come. Today, you can get a glimpse of life in Roman times as you see the remains of street fountains, public baths, private houses, the all-important aqueduct, and many more city areas spread over 50 hectares. You can even see the haunting plaster casts of the unfortunate locals. All the while, Mount Vesuvius will form an imposing yet stunning background.

Make sure to check out the House of Sirico, where you can read the famous inscription Salve lucru (“Welcome, profit”). It is an indicator of a trading company owned by Sirico himself. The world's possibly first-known marketing pun also finds its home in Pompeii, on the wine jars labeled Vesuvinum – a play on both Vesuvius and the Latin word for wine, vinum.

The highlight of your excursion is MAP - Magic Ancient Pompeii Virtual Museum - where you can see the perfect reconstruction of an ancient part of the city. Marvel at the 3D representation of the most important buildings of Pompeii, and see what famous locations like Forum of Pompeii, the baths, and the amphitheater looked like from above through animated reconstructions. The experience will culminate with the spectacle of the terrible eruption which simultaneously ended a city and made it immortal in history.