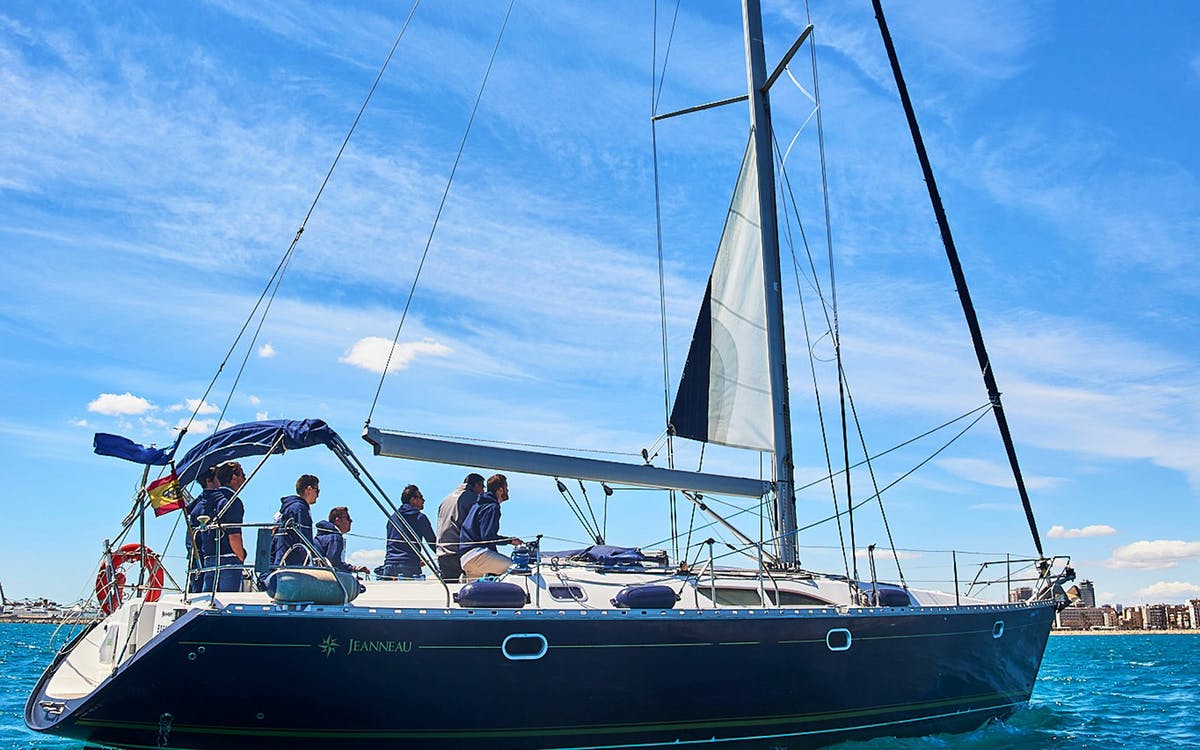 Perhaps the most unique way to view Barcelona, this experience will let you enjoy the city in three ways: along the streets of Barcelona, across the Mediterranean Sea on a sailboat, followed by a helicopter ride above the city!

There is no better way to view the city of Barcelona than by the sea and the sky. Take a look at some of the city’s most famous buildings from the Mediterranean Sea as you sail along the coastline. The experience starts with a walking tour of the city ancient streets with a guide to inform you of the city’s majestic history. You will then hop on the boat to take a look at the city from the sea and drift away along the coastline.

After two hours of surveying the coast and the buildings, you will embark on a helicopter ride that promises to uncover details of the city you cannot see from the ground. Enjoy this bird’s eye view of one of Europe’s most breathtaking cities and marvel at the statue of Columbus, The World Trade Center, The Nou Camp, and the Beach of Marbella.

This experience is available Thu to Fri, every hour from 10 AM to 6 PM.