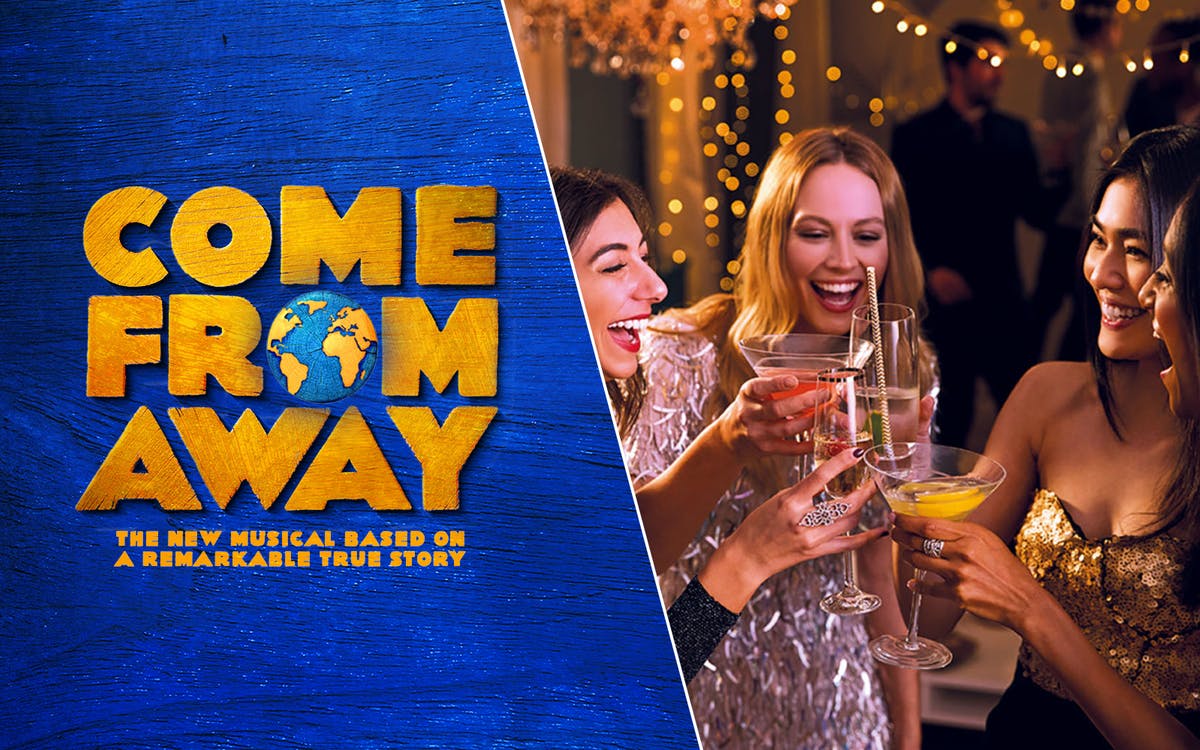 Come From Away and Dinner at Belgo Centraal - Tickets

Witness an uplifting story that reminds us of the goodness in humanity, as long as people set aside suspicion and hatred. Watch humanity and compassion triumph hate in Come Far Away, as it reminds us of the boundless capacity for human kindness during adversity. Indulge in a delectable 2-course Belgian-cuisine dinner before heading out to the show.

why watch come from away

Nominated for an astonishing 7 awards at the 71st Tony Awards, Come From Away went on to win Best Direction of a Musical. A true story about the 38 planes that were ordered to land unexpectedly in the town of Gander in Newfoundland. The characters of the musical are based on the residents of Gander that housed and fed the 7000 stranded passengers.

The Broadway musical was written by Irene Sankoff and David Hein after they visited the Newfoundland town on the 10th anniversary of the devastating 9/11 attacks, and learned about the goodwill of its inhabitants. The husband and wife went on to interview many of the citizens of Gander, and have created a gripping musical weaving together the narratives from the numerous individuals in a compelling manner.

The folk-rock score incorporating Gaelic elements works wonderfully along with the documentary-style of storytelling. The plot is riveting from the very beginning and you are always kept at the edge of your seat. The emotional impact is powerful and is especially relevant in the current state of affairs across the world. Riding the success of the musical on Broadway, a film adaptation is set to roll out within the next few years.

The story begins with the people of Gander describing how they learn about the 9/11 terrorist attacks on the morning of September 11. As a result, 38 flights are diverted and forced to land at Gander Airport, and the town’s population immediately doubles. The small Newfoundland town is not equipped to handle the sudden increase in its population, and the people of the town quickly spring into action. Initially, the people inside the plane are not allowed to exit the planes, leading to widespread confusion and conflicting information about the reason for being grounded.

Soon enough, the passengers are transferred to numerous emergency shelters around Gander, and they learn about the reason for their unexpected landing. The worried passengers attempt to contact their families and loved ones, hoping to tell them that they are safe. The travelers are extremely surprised at the warm hospitality of the people of the town, and they soon let their guards down and begin to bond with the inhabitants. Friendships are forged, as people connect with each other during this difficult time. Follow the heartening story of Gander, amidst one of the greatest tragedies in the modern world.

2-Course Dinner Pre-Theatre Enjoy a lavish 2-course dinner before the show at a well-known restaurant in London, Belgo Centraal. Showing off a seating capacity of over 420 diners at the same time, Centraal is one of London's largest restaurants. With an irresistible Belgian cuisine, this beautiful 90s-style restaurant has something for everyone!

Leading Roles
To be confirmed

Director
To be confirmed

Seating
The Phoenix Theatre has a seating capacity of 1012.

Outside Food
Strictly prohibited. A meal before the show is included in these tickets.

You will receive an email confirmation along with your mobile voucher shortly after you book the tickets. The voucher has to first be redeemed at the restaurant Belgo Centraal. The dinner time is at 5:30 PM. You will have to get done with dinner in time for your show at 7:30 PM. You will then head to the box office to redeem your Headout voucher for Theater tickets and proceed accordingly.

Validity
This ticket is valid for the date selected at the time of booking.