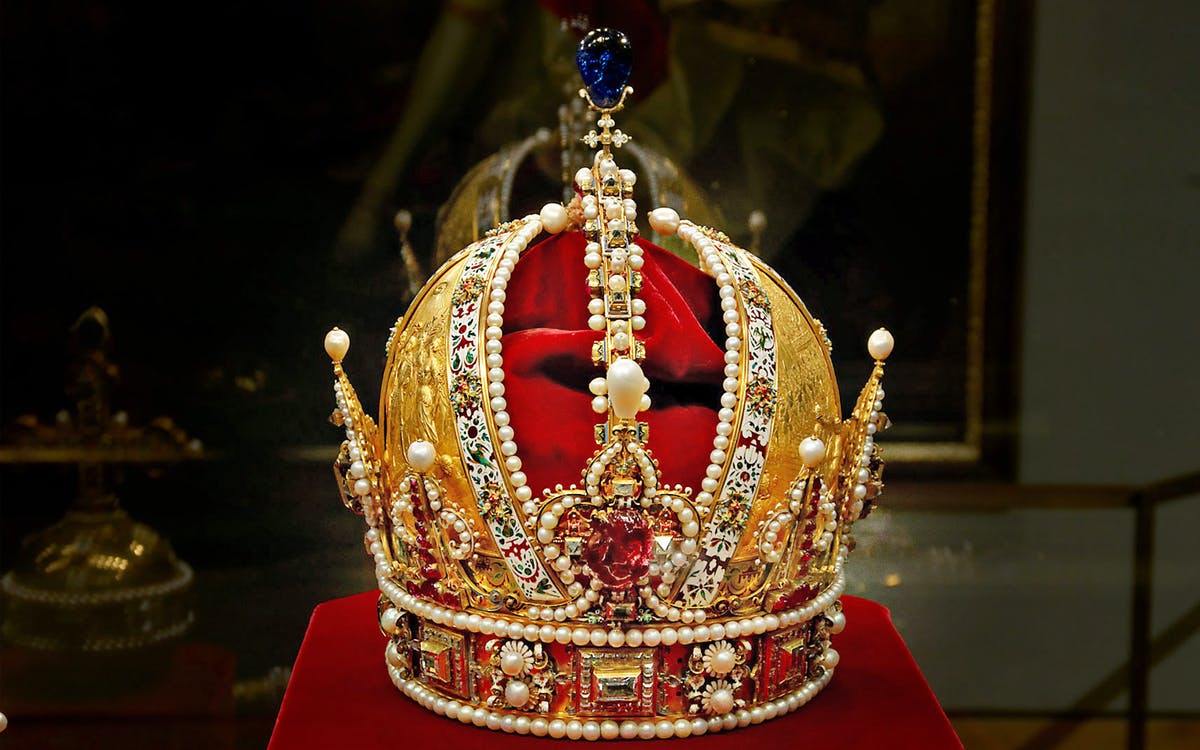 Make your way through one of the world’s most important treasure chambers, filled with gasp-worthy pieces from Austria’s past!

Discover the enchanting treasures of the Habsburgs in the Swiss Wing, the oldest part of the Hofburg Palace! Uncover treasures of the past as you gasp at the jewels of the Habsburgs and parts of Empress Elisabeth’s original jewelry. Stored away securely here are the most precious jewels: among them is one of the world’s largest emeralds that testify to the former power of the Habsburg dynasty. But that’s not all; you’ll also see treasures of the Order of the Golden Fleece as well as the 15th century Burgundy and the collections of the Cradle of the King of Rome (Napoleon II). Legendary treasures like the Holy Lance from the 8th century, the world’s largest agate bowl (the Holy Grail), and the Austrian Imperial Crown will have you swooning in awe!