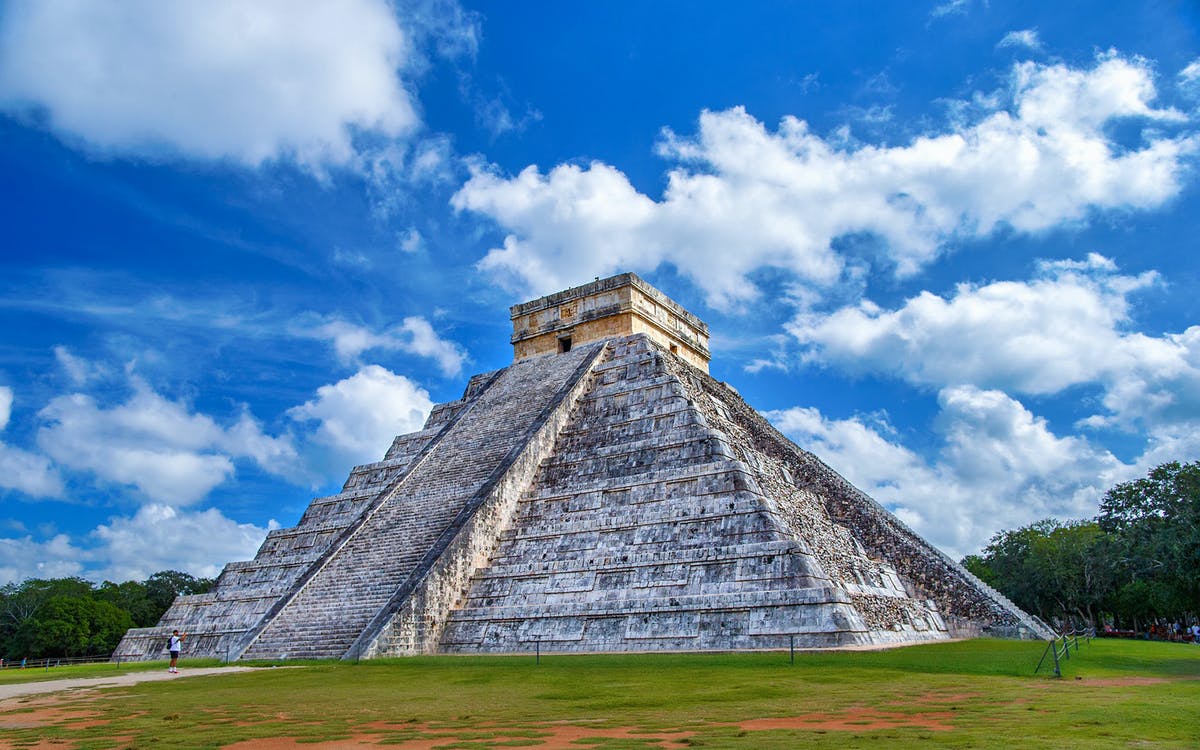 Spend a day exploring Chichén Itzá, once the capital of the ancient Maya Empire. Considered to be one of the New Seven Wonders of the World, this archaeological site is packed with history and stunning monuments!

Only two hours away from the tourist hotspots of Cancun, Tulum, and Playa del Carmen, Chichén Itzá is one of Mexico’s most visited destinations. Explore the city along with an expert guide. See landmark sites like the Warriors’ Temple, El Castillo, and the circular observatory of El Caracol and marvel at the architecture of these impressive monuments.

Walk around the city and learn how this pre-Columbian city played an important role in the Mayan civilization around 600 AD to 1200 AD. It remained a place of worship and pilgrimage until the Spaniards arrived. The site is still considered sacred by the Mayan people of the Yucatan site. As with many other ancient Mexican cities, this one was abandoned, and its ruins were hidden deep inside the jungle. Today, it has earned the protection of UNESCO and is even considered one of the New Seven Wonders of the World.