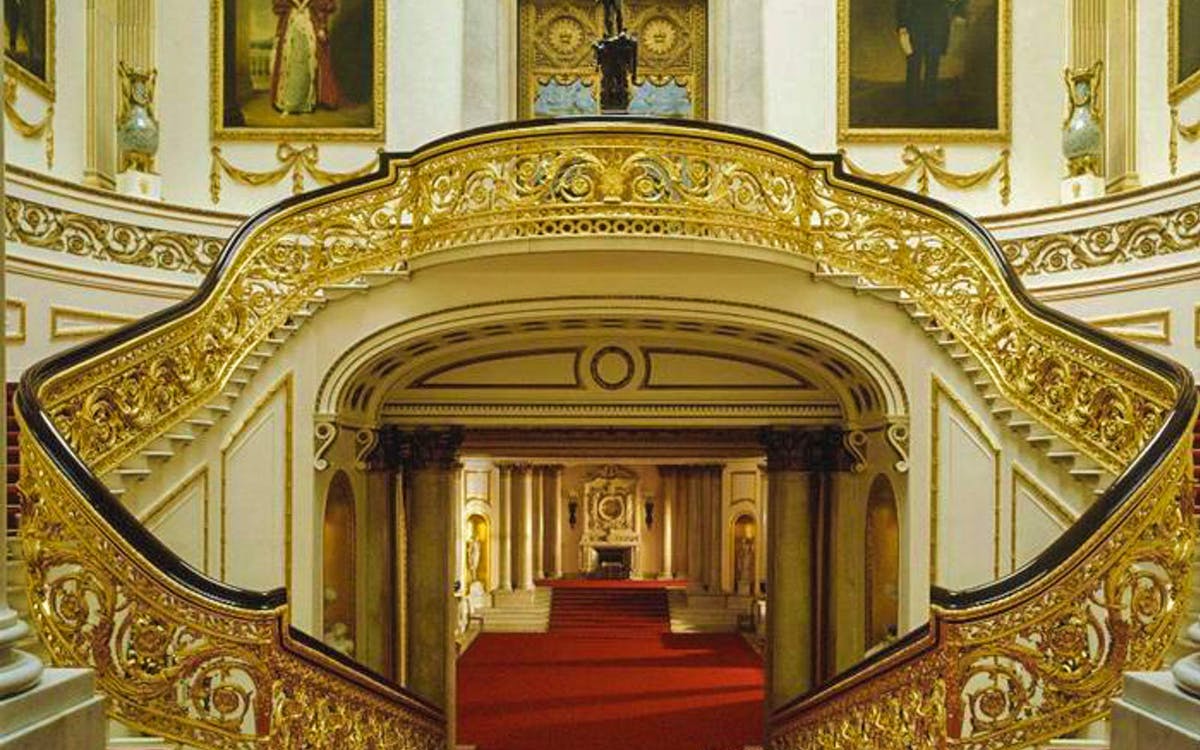 See the royal side of London on this guided tour through St. Paul’s Cathedral and Buckingham Palace. Witness the iconic Changing of the Guard ceremony for the complete British Royal Experience!

Learn more about England’s monarchy and its grand history on this guided tour through the royal quarters of London. Included in these tickets are a visit to St. Paul’s Cathedral, a walking tour of the district, and a special timed entry to Buckingham Palace.

One of the most recognizable features of the London skyline, St. Paul’s Cathedral has survived three-hundred years of turbulent British history, including the two World Wars, enduring on as a true symbol of English resilience. Designed by the great architect Sir Christopher Wren, the Cathedral was built to replace the old St. Paul’s which had burned down in the Great London fire. Step under the awe-inspiring dome of the cathedral and explore its vast collections of stunning paintings stored at the Golden Gallery, as well as its haunting crypts that house the remains of Lord Nelson. All the while, your expert guide will relate to you the history, facts, and anecdotes about this London treasure.

Witness the Changing of the Guard at Buckingham Palace

After St. Paul’s Cathedral, the tour arrives at the entrance to Buckingham Palace, where the Queen’s Foot Guard will march to the palace alongside a military band, all dressed in snazzy red outfits and bearskin hats. This iconic Changing of the Guard ceremony has been carried out in much the same way since 1660, and you can see history and tradition come to life in a quintessentially British way!

Gain Entry to the Buckingham Palace with Multimedia Guide

Once the Changing of the Guard ceremony is over, you can step inside the golden gates of the palace and wander through the Queen’s official residence. Visit each room and use the multimedia guide to learn captivating facts and anecdotes about the history of the Palace and the British Monarchy. Go through the royal State Rooms, where the royal family holds their many events and receptions, as well as the 47 metre-long Picture Gallery that houses the Royal collection. Finally, you can make stops at the royal throne room and the decadent royal ballroom, ending your tour in the gorgeous palace gardens.

You will receive an email with your Royal London Tour mobile voucher soon after purchase. Please display this mobile voucher along with a valid photo ID to your tour guide at the meeting point to gain entry.

Validity
This ticket is valid for the date and time selected at checkout.