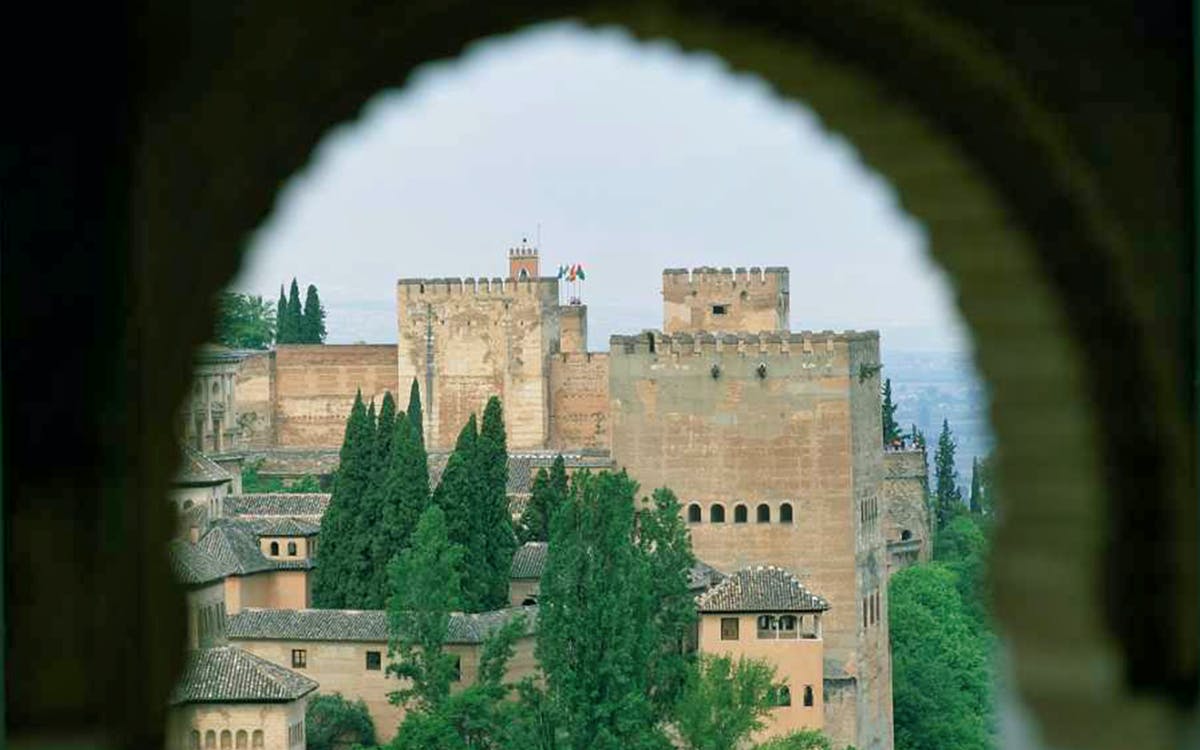 Visit the Alhambra Palace on this Private tour with access to the Nasrid Palaces, Alcazaba, and the Palace of Charles V. Take in the breathtaking view of the Generalife gardens and marvel at the artworks at the Alhambra Museum.

The tour is available on all 7 days a week and its duration is 3 hours. On the checkout page, please specify your preferred tour start time. We will try and get you the closest available slot for the tour as per availability.

Embark on a private tour of the Alhambra, Generalife, Alcazaba, and Nasrid Palaces. Learn more about the iconic structures from your official guide. This tour is available in either English, French, or Spanish.

The Royal Palace Of Nasrid Dynasty

Visit the Alhambra, one of the finest examples of Moorish architecture. Built in the year 889 AD, the palace has been labeled World Heritage Site by UNESCO. Walk inside the palace, which was once inhabited by Nasrid emirs.

The Beautiful Generalife Gardens, The Alcazaba, And The Nasrid Palaces

Marvel at the Generalife gardens, an estate that was the summer palace of the Nasrid rulers. Stroll towards the Square of Cisterns (Plaza de Los Aljibes) and admire the fortress of Alcazaba. Make your way to the Nasrid Palaces, where the three most iconic areas of the palace still remain; Mexuar, the Court of Lions, and the Comares Palace.

The Palace of Charles V And Its Nasrid Artworks

Make your way to the Palace of Charles V, a historic building that boasts of Spanish architecture, immersed in the Plateresque style with traces of Gothic origin. It houses the Alhambra museum, where you can marvel at the gallery of Nasrid artworks.

Please carry your original passport/driver's license with you as you will not be allowed to access the monument without it.

This tour is available in either English, French, or Spanish.

Your mobile voucher will be sent to your email shortly. Please display this on your mobile device at the meeting point.