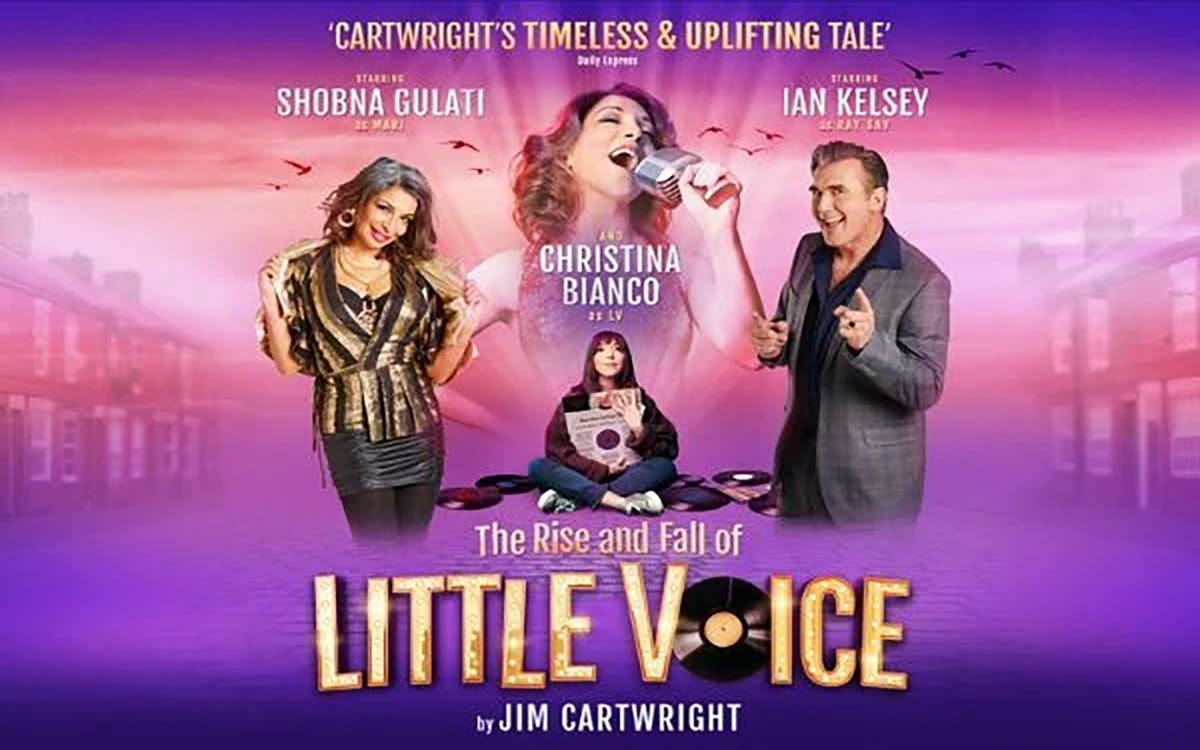 The Rise and Fall of Little Voice

why watch the rise and fall of little voice

The northern fairy-tale follows the life of Mari Hoff and Little Voice, a mother and daughter pair who are as similar as chalk and cheese. Little Voice prefers a quiet and unassuming life, finding companionship and happiness in the most iconic singers from the music world. Mari, on the other hand, is inclined towards the sound of her own voice and leads a life filled with booze, cheap thrills, and seedy men. Left on her own, Little Voice starts to embody the divas she listens to all day, and leaves behind the Northern England streets for the bright lights of Hollywood and Broadway, all from her own room. Her uncanny impressions of Shirley Bassey, Marilyn Monroe, and more are thrust into the spotlight when Mari starts owning Ray Say, a small-time club owner. When Little Voice, transformed and sensational, seems like Ray's one and only chance to make it big, what will be the consequences for the mother and daughter?

One of Britain's greatest modern plays, Jim Cartwright's production boasts international acclaim, including a Golden Globe-winning smash hit film. It explores the ups and downs of small-town dreams, family rivalry, and finding your own voice in a world filled with noise. The star cast includes the TV favorite Shobna Gulati, ‘the girl of a thousand voices’ Christina Bianco, and British soap royalty Ian Kelsey. Humor, heart, powerful live ballads, and music from Judy Garland, Billie Holliday, and many more will serve to rouse the weariest soul. Book your tickets now for the limited run of The Rise and Fall of Little Voice, before they run out!

Keep in mind, the theater is air-conditioned throughout the year and can get a bit chilly. Bring along a light jacket if needed.

You will get an email confirmation with your The Rise and Fall of Little Voice voucher. Please display the same on your mobile phone with a valid photo ID.

Missing any information?
Yes
No
This experience is unavailable
You'll be the first to know when these tickets are back online.
notify me
Awesome!We will notify you.
Why Headout?
Trusted platform used by 100K+ people, each month
Get the lowest prices and last minute availability
Discover and connect with 10,000+ experiences
Browse verified reviews and professional photographs
Have a question? Live chat with our experts 24/7
The world on your tap!Get the Headout app to get tickets on your phone and access app-only deals. Talk about win-win.
We've served 15 million+ guests and we are here for you
15 million +Happy customers across 10,000+ experiences
4.4/55,000+ verified reviews with 90% excellent score
In the MediaFeatured and recommended by the best brands
24 x 7 Help CenterHave a question? Live chat with local experts anywhere, anytime
Headout is building the future of how we experience our cities.
Made with ❤️ all over the 🌎
Headout Inc.
82 Nassau St #60351 New York, NY 10038
Cities
New YorkLas VegasRomeParisLondonDubaiBarcelona+63 more
Headout
About UsHelpCareersTravel BlogCompany BlogCreator Partnerships
Partners
Join HeadoutSupply Partner HubAffiliates
© Headout Inc
Privacy PolicyTerms of Usage